This is the last of the bridges I visited in Berlin in September, and it's going to be short and only a little sweet, as I only visited at night, and very briefly. It's Berlin's most notable bridge, so clearly I'll have to cover it more thoroughly next time I get a chance to visit. 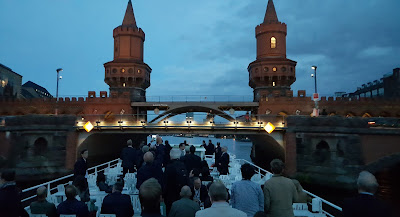 I'll let you read about the bridge at the links below, I'll only comment briefly on the photos. 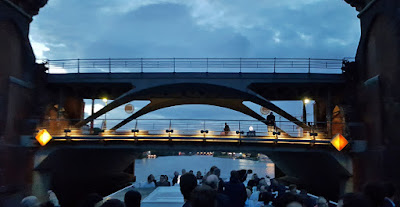 The bridge carries light rail on its upper level and a highway and footways on the lower deck. The upper central span was rebuilt in 1996 to a design by Santiago Calatrava, and I think it's one of Calatrava's best designs: constrained by working so closely with such a historic bridge, he was obliged to deliver something more modest than usual, and it's a beautifully elegant span which sits well amidst the much more lavish architecture of the historic bridge. 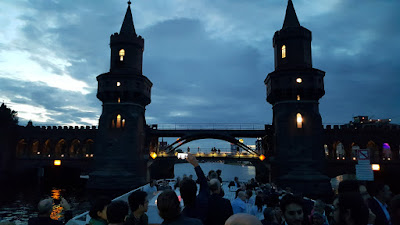 The arch itself seems impossibly thin, although this is a trick of the design, which uses triangular cross-sections for the arch ribs and main deck to emphasise slenderness. There are struts at each end of the bridge supporting the upper level (presumably reducing loads on the historic viaducts), but you generally don't notice them. 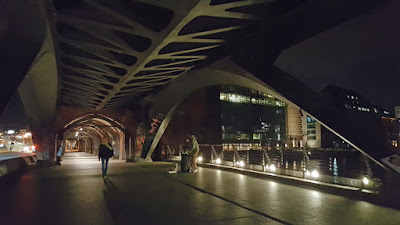 Seen up close, the new span is a very modern, almost industrial structure, but seen from further away it appears fragile. As with several other bridges over the River Spree, it was built as a result of German reunification, and may be politically symbolic. 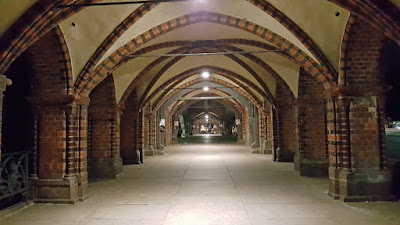