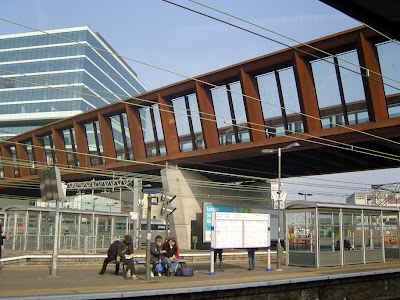 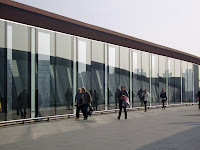 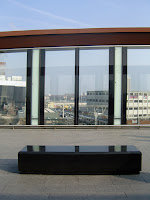 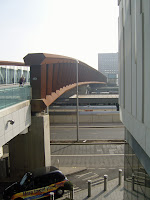 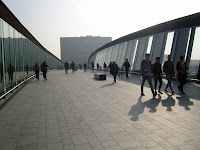 Further information:
Posted by The Happy Pontist at 4:16 PM No comments: 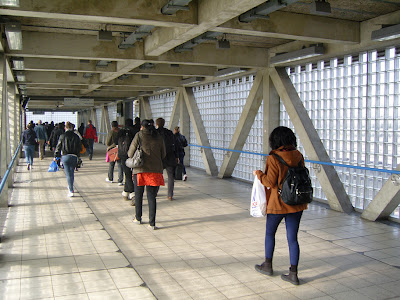 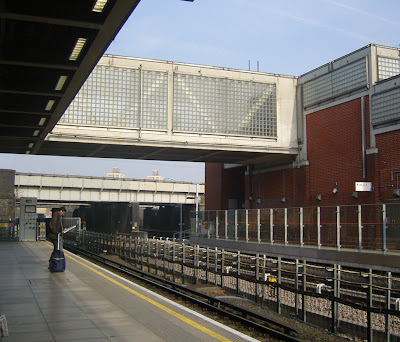 Posted by The Happy Pontist at 9:57 PM No comments: 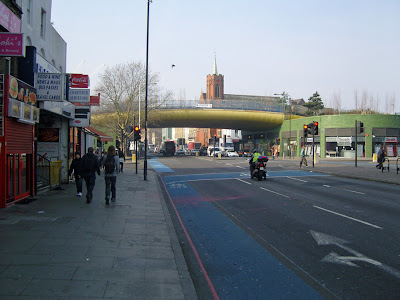 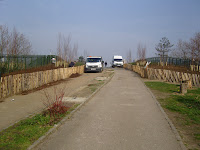 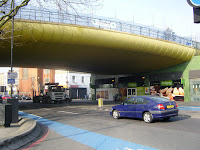 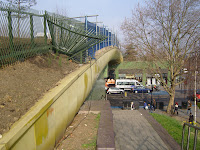 Posted by The Happy Pontist at 11:00 PM No comments:

In the next week or two, I'll be doing another series of posts on bridges in London, I've got some really good ones to feature. Until then, some news ... 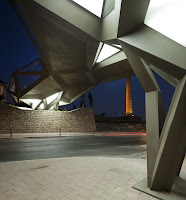 ArchDaily features a very interesting pedestrian bridge in Motril in Spain (pictured (C) Fernando Alda). From some views, it appears a rational structure, approximating a Warren truss in elevation. It's curved in plan, and the deck and support frames are also triangulated, with every individual truss member constructed from welded steel plate. It's a very heavy design for the relatively short road it spans, but I like its wilful idiosyncrasy.

The Ada Bridge, Serbia
ArchDaily also showcases a very different design, a 950m long cable-stayed highway bridge in Belgrade. At this scale, the scope for eccentricity is limited, and it's a relatively conventional design seeming to be largely determined by the geometry of the riverbanks. The main architectural attention seems to have been lavished on its split-legged conical mast, which is attractive but perhaps a little too stark for me - oddly reminiscent of the puritan monumentalism of the pre-democratic Eastern Europe.

£3m Strabane bridge plan shelved as tenders are too high

Bridge design competition ends in nothing, with one of the main funders, Sustrans, withdrawing from the scheme. The project already looked unlikely to go ahead last November, when only two tenders were received, both 50% over budget. Regular readers of this blog may experience a sense of deja vu, as this has been the outcome of a few other bridge design competitions in the UK. A local man is unhappy about money and time wasted.

The design which won the 2006/7 competition, pictured above left, was by Roughan O'Donovan, and is described in detail online. I can't work out from the picture whether there are any backstays on the upper half of the pylon - can anyone more familiar with the project comment?

It's good to see that subtlety is not dead. New Steel Construction magazine has an article about the construction of the bridge, which is pictured on the right.

Victoria’s contentious $77M bridge aims for landmark status
As the ultra-rare Strauss bascule bridge in British Columbia was demolished (more photos here), locals begin to look ahead to its replacement.

New River Hull footbridge, which works like a pinball table flipper, set to open in May
After a great deal of faffing about, this highly unusual bridge is set to open. Then open again. And again, and again. It's an opening bridge, geddit? Sorry.
Posted by The Happy Pontist at 11:50 AM No comments: