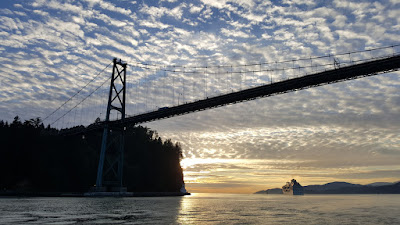 September was a busy month for the Pontist. As well as a trip to the Footbridge 2017 conference in Berlin, I attended the IABSE Symposium in Vancouver. As you might expect, I found time to visit a few bridges while there.

The single most unmissable bridge in Vancouver is the Lion's Gate Bridge, which spans 472m across the First Narrows, connecting North Vancouver and West Vancouver to the main city centre. It was built in 1938 to a design by Philip Louis Pratley, who also designed the very similar Angus L. MacDonald Bridge in Halifax, Nova Scotia.

Lion's Gate Bridge was completed two years ahead of the ill-fated Tacoma Narrows Bridge, escaping that bridge's unfortunate fate by virtue of very different deck construction, with open trusses supporting the deck rather than plate girders. 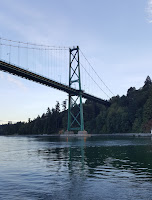 Relative to its span, the bridge is notable for its height above water. The steel towers are cross-braced above and below deck level, with a Vierendeel portal directly above the highway and an arched crown element which is as much decorative as structural. The vertical taper to the towers, the open appearance, and the slenderness of the bracing are all quite attractive in appearance, although the ornamental portal and crown are very much "of their time".

The anchorages are well hidden for a bridge of such height, allowing the northern approach viaduct to share the main towers' open appearance.

The bridge was extensively altered in 2000-2001 to accommodate modern traffic loads, with the complete replacement of the three-lane deck, and moving the pedestrian and cycle walkways to the outside of the cable hangers.

Options were considered for complete replacement of the structure, but deck renewal was the preferred option. The concrete deck was replaced with a steel orthotropic deck, while the original edge trusses (above deck level) were replaced with new trusses below deck level.

Triangular bracing can be seen connecting the main cables to the deck near the anchorages and at midspan. This looks like it was added in the refurbishment rather than being original, and by restraining the longitudinal sway of the cables relative to the deck, it significantly enhances overall stiffness of the structure.

Many North American suspension bridges have a liking for a kind of "ornamental" style that I think has not aged very well. Lion's Gate definitely has some of this quality to its towers, but I think generally its clean lines are attractive, and the designers did well to keep such a tall bridge so elegant. 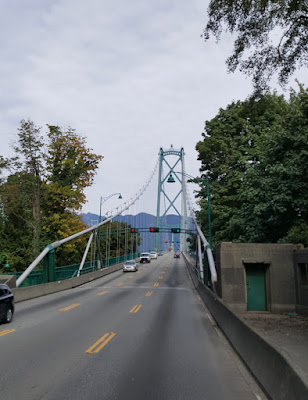 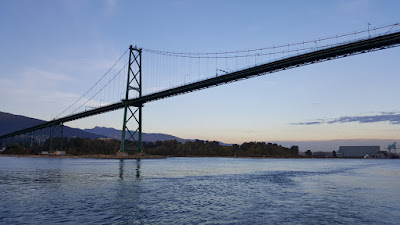 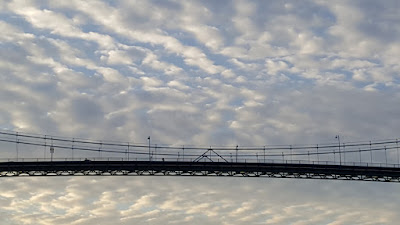 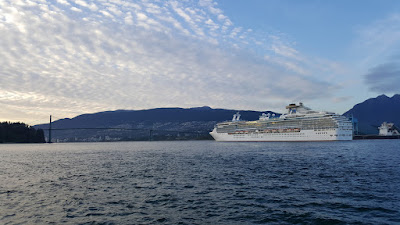 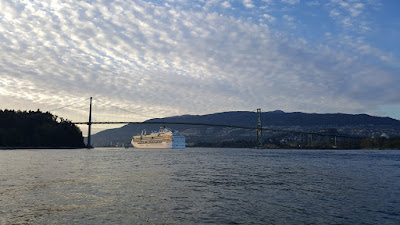 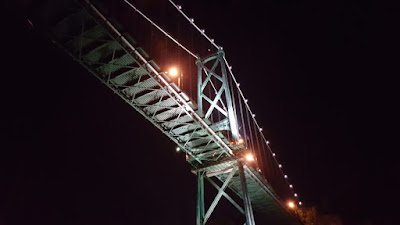 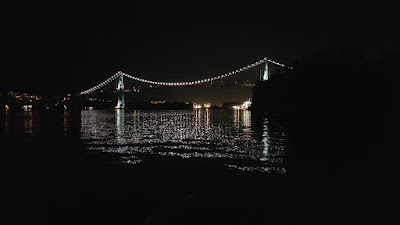 There is an excellent paper by Peter Buckland in the Structural Engimer 2003 about the refurbishment.

Thanks, I've added a link.