This bridge spans the River Lune midway between the two former railway bridges in my last post.

Built in 1883, it comprises three elliptical sandstone arches. The roadway is level, with straight balustraded stone parapets either side.

The road originally crossed the river here at a ford, until a privately funded bridge was built in 1805. Like the present bridge, this had three elliptical stone arches. A penny was charged as the toll for the use of the bridge. As of 1880, the bridge was badly deteriorating, and the County Council took over the bridge, building the new one for £8,500.

The bridge was designed by the Lancashire County surveyor, with local architects E.G. Paley and Hubert Austin, and is now Listed Grade II. The builders were Benton and Woodiwiss, a Derby-based firm, who were also extensively involved in railway construction.

This bridge just leaves me with questions: why is the roadway level, when a curved alignment would have looked much better? Why are the parapets solid over the piers and only balustraded over short lengths over the arches? 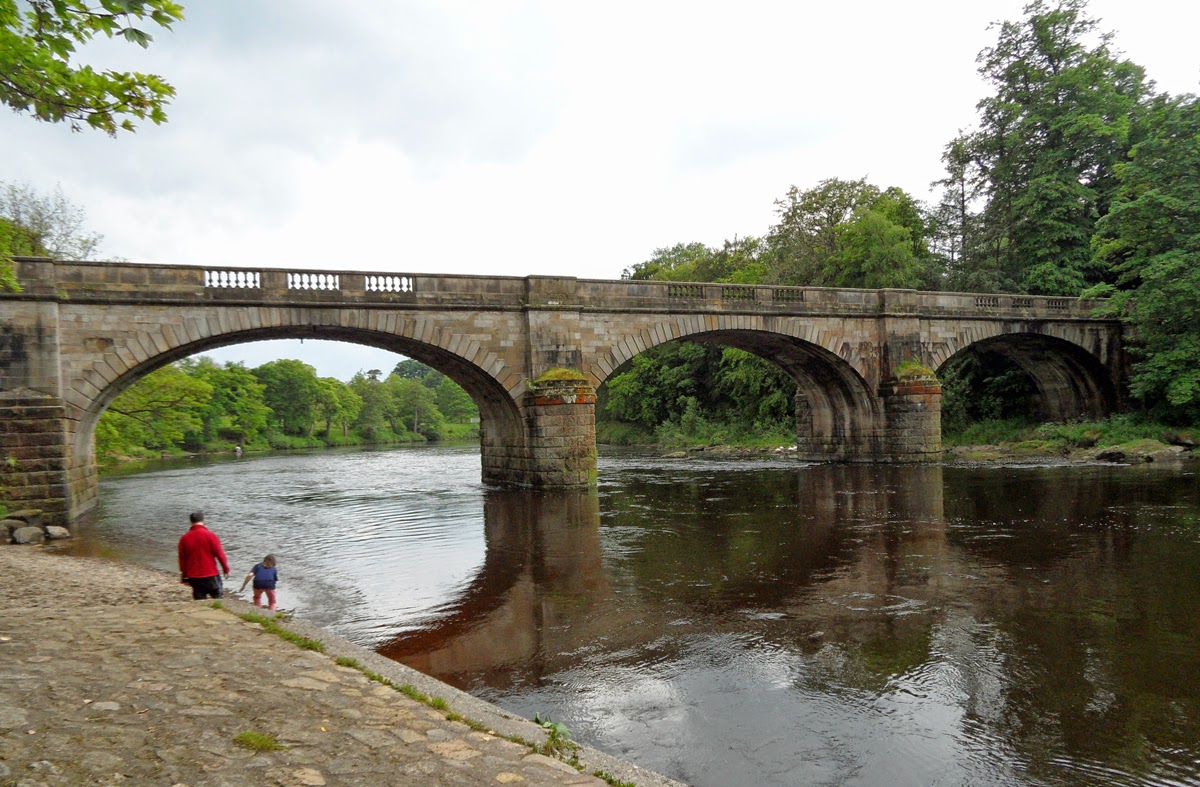 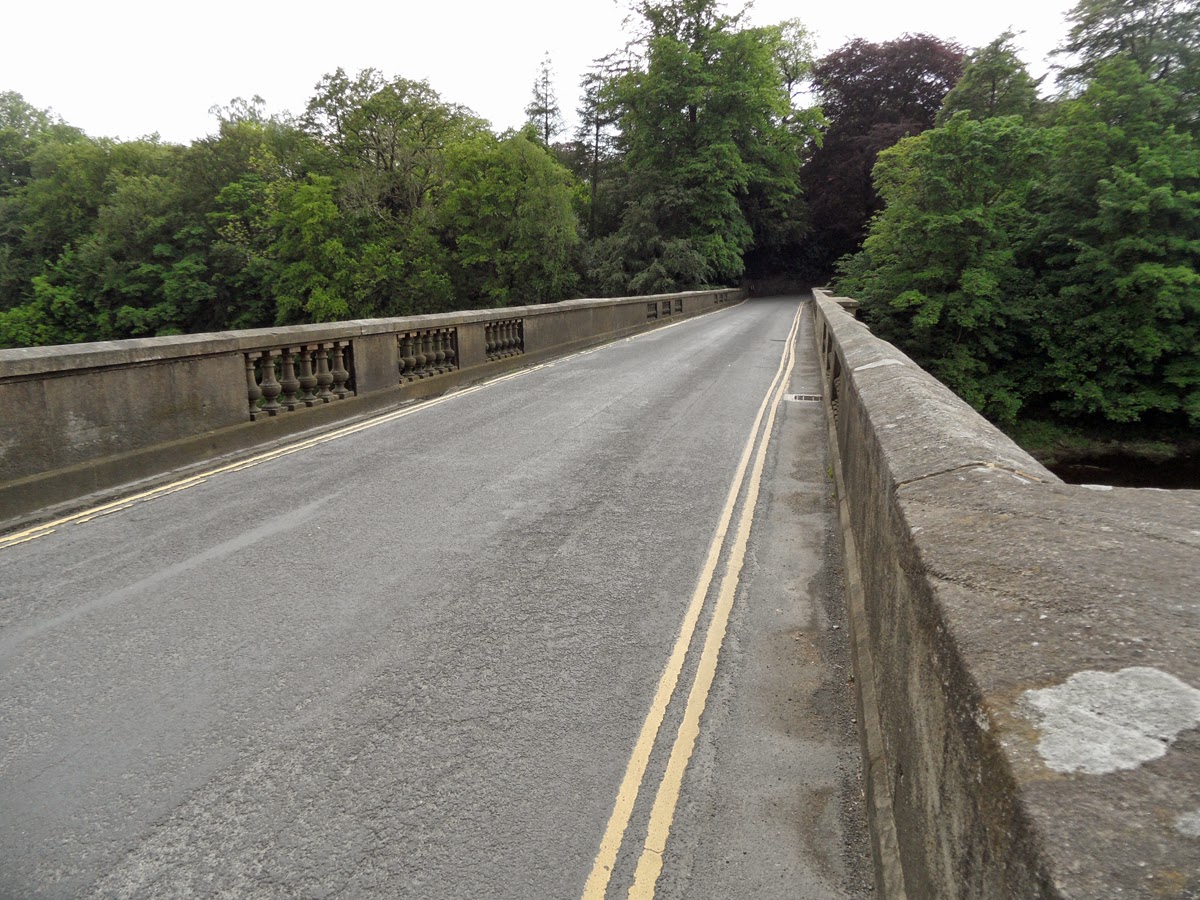 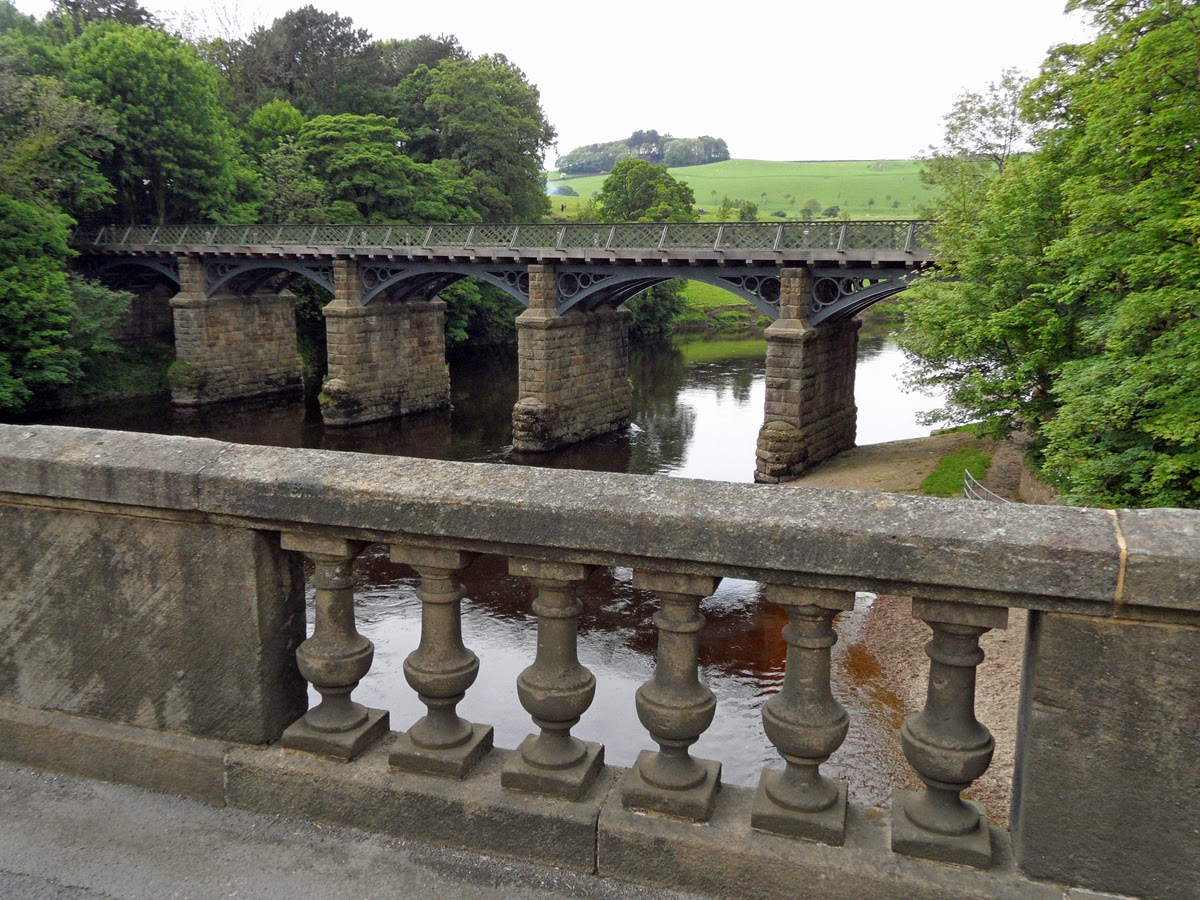 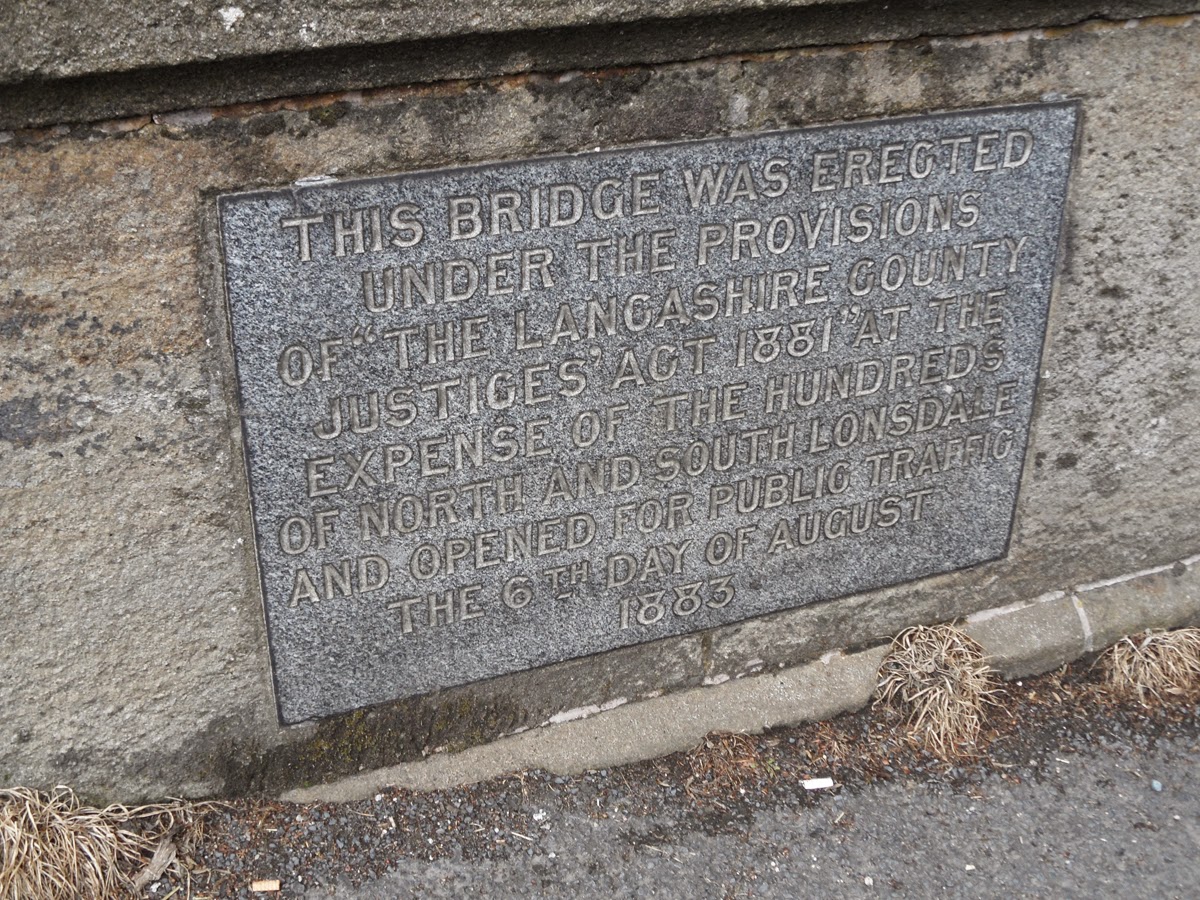 I'm featuring a few bridges on the River Lune, working downstream towards the see. Most of these are readily accessible from a cycle trail, the Lune Millennium Cycleway, which runs along a disused railway line between Caton and Lancaster, indeed the first two bridges, at Crook O' Lune, carry the cycle trail itself.

The two bridges were built around 1880 and carried the Midland Railway (formerly the "Little" North Western Railway) across a long U-shaped bend in the river. The railway line was closed to passengers in 1966, and dismantled in the 1970s. Both bridges are Grade II Listed.

I have seen the bridge design credited to Edmund Sharpe, but there seems to be a discrepancy with dates. English Heritage list the bridges as being in the 1880s, but Sharpe's involvement with the railway line dates from when it was first constructed in the late 1840s. If anyone knows anything more, please post in the comments.

Both bridges are essentially identical, consisting of a number of wrought iron arch spans supported on sandstone masonry piers and abutments. The choice of material may explain the discrepancy in dates. The shape of the arches seems to indicate cast iron, but closer examination shows riveted construction. Perhaps cast iron spans were replaced in wrought iron?

Whatever the case may be, these are fine bridges.

The east bridge was extensively refurbished in 2013 at a cost of between £1m and £1.5m. 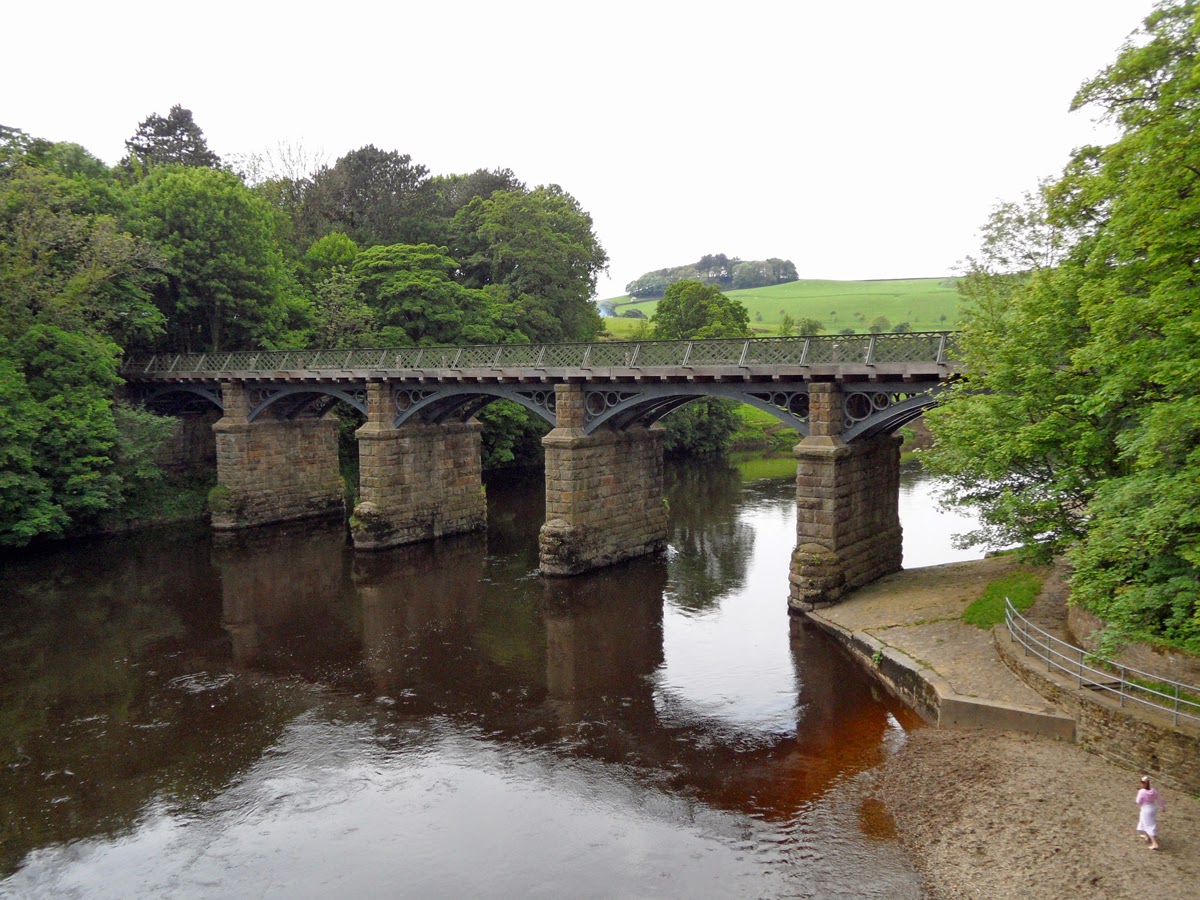 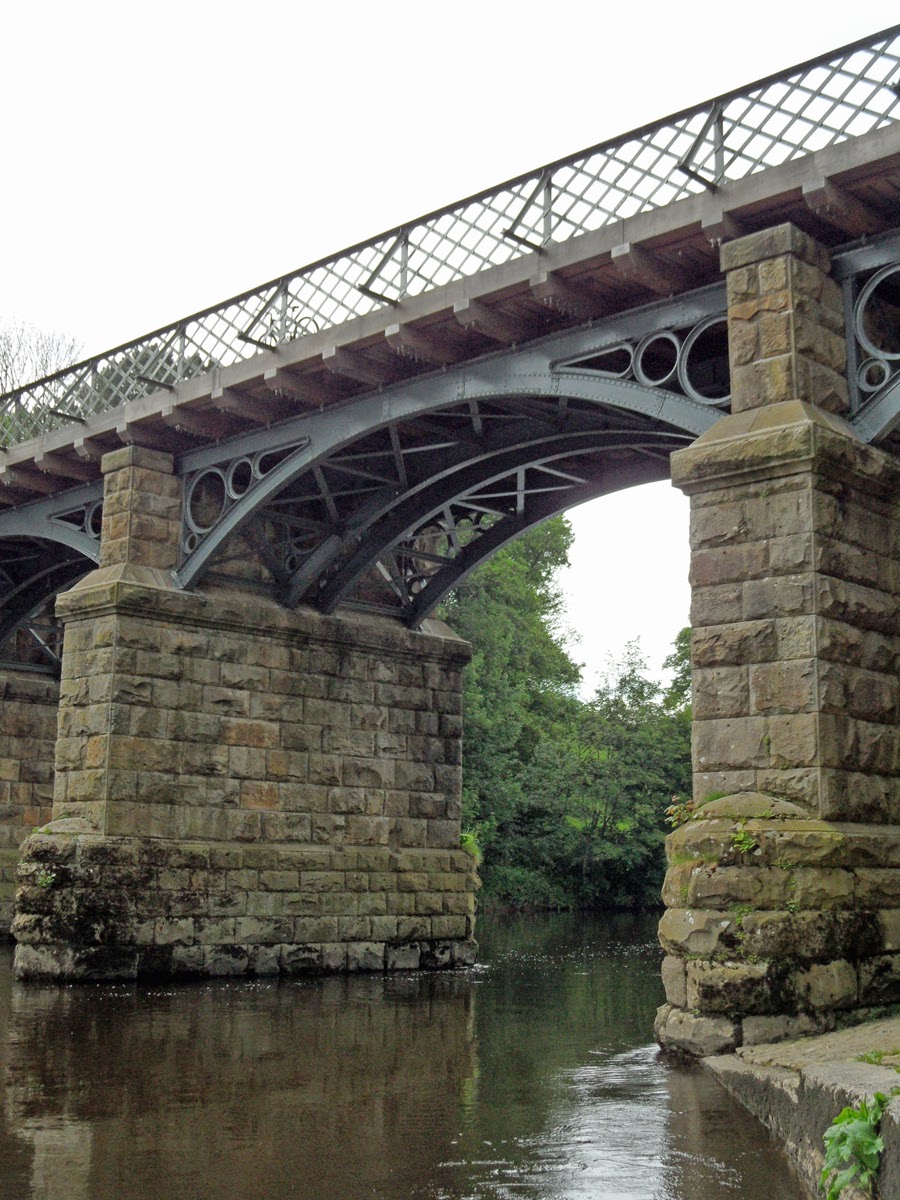 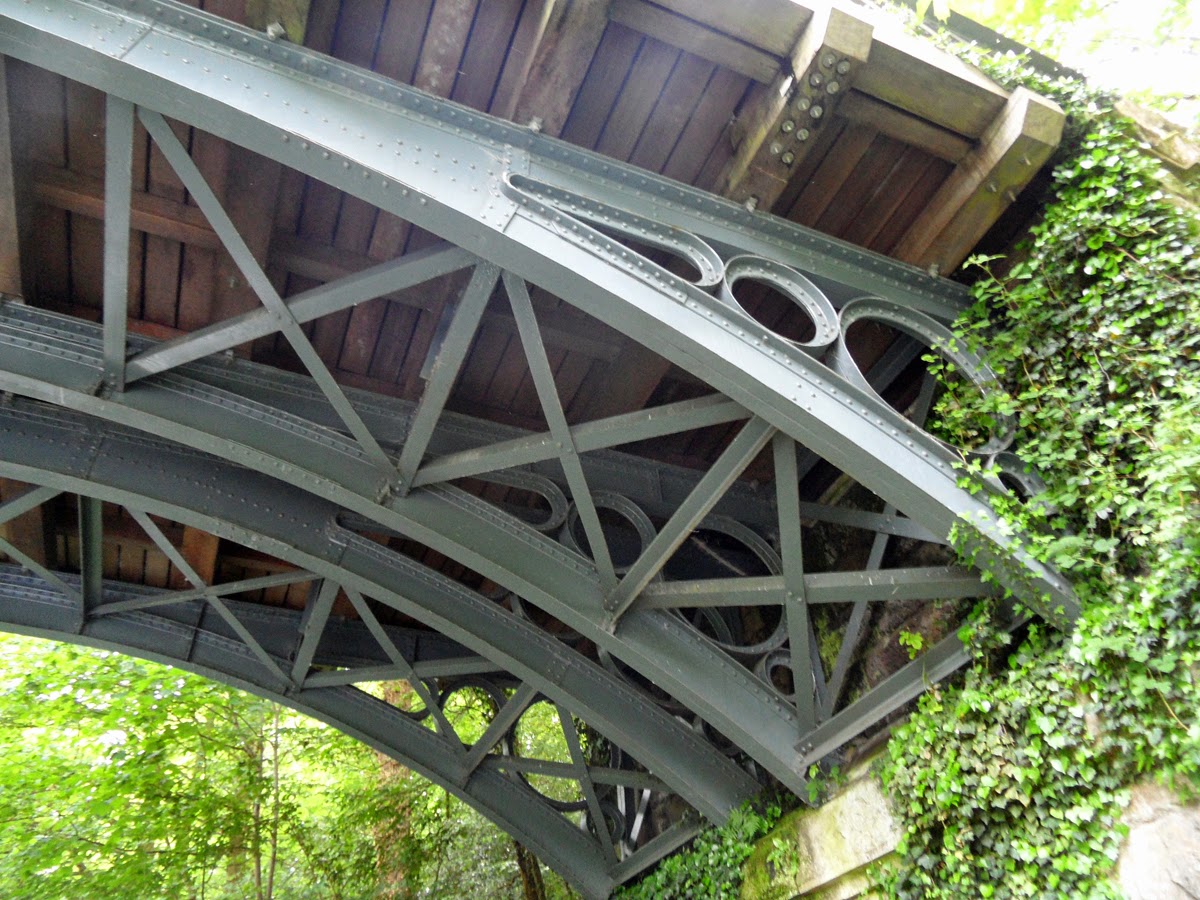 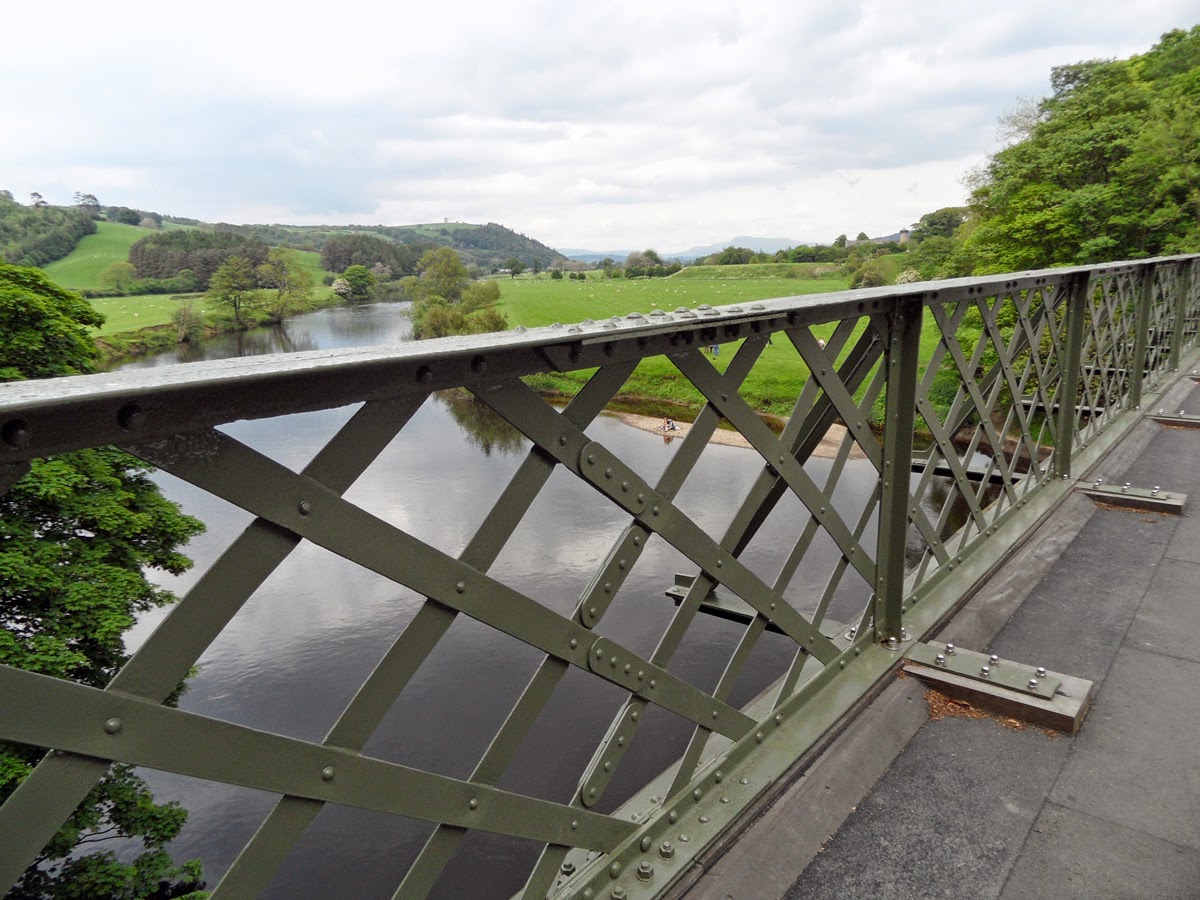 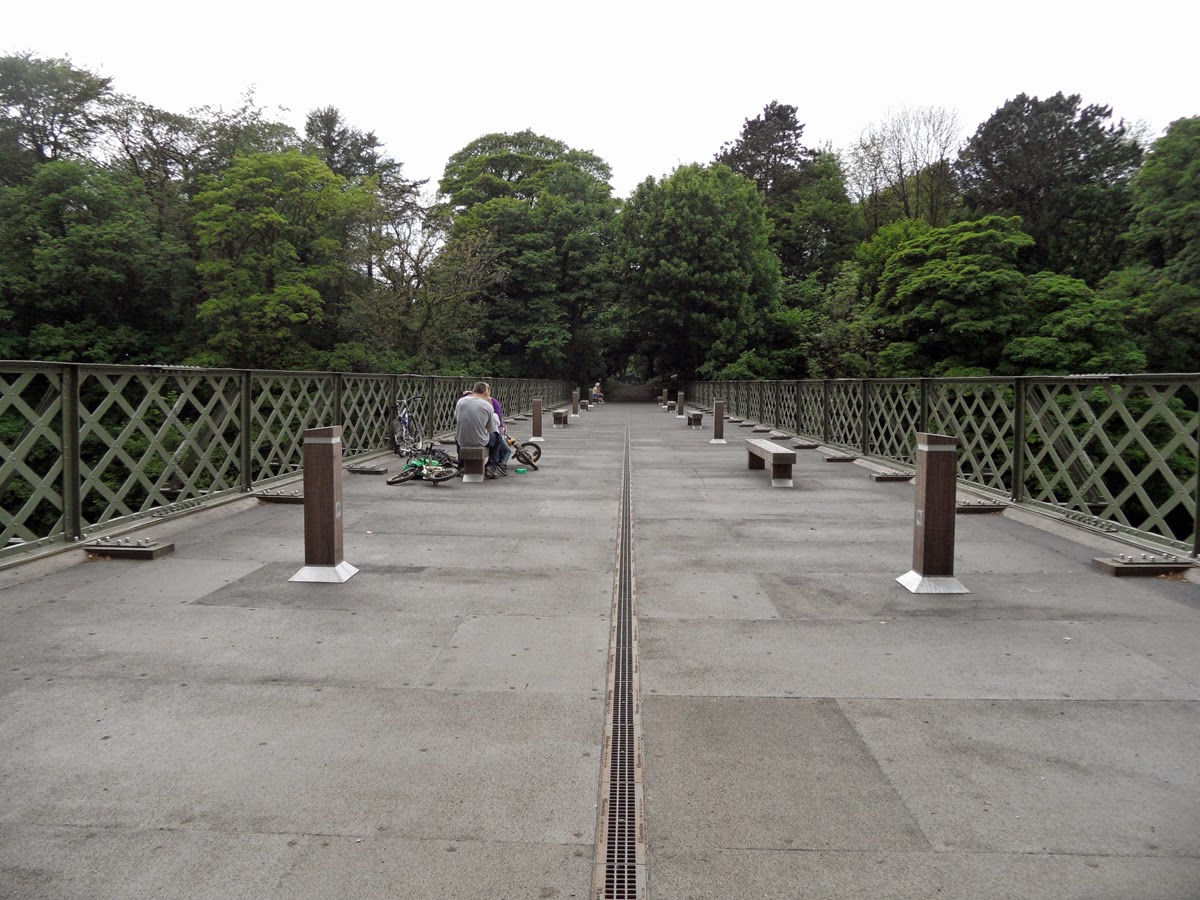 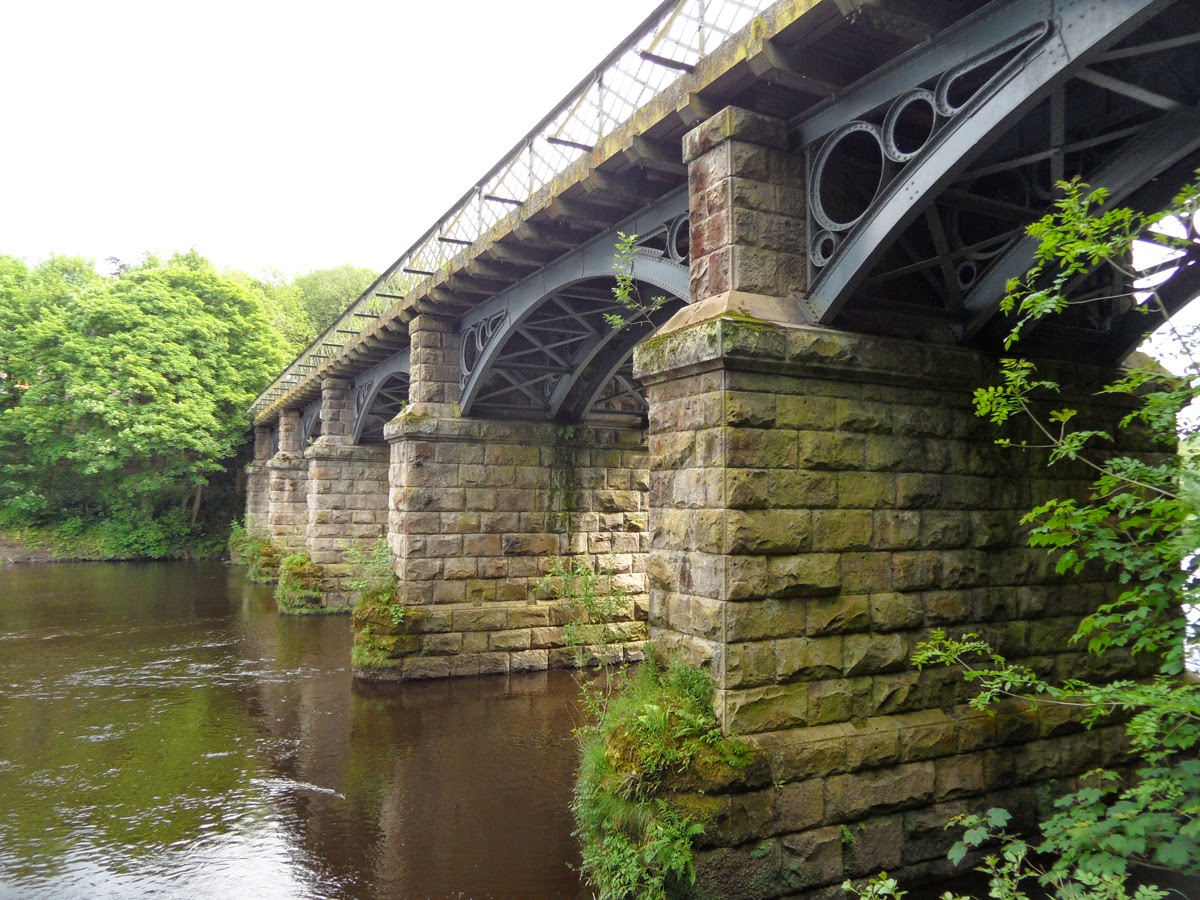 
"The anomalies about the dates of these two bridges is no doubt due to the following facts. These twin bridges were originally built to carry what became known as the "Little North Western Railway" over the Lune, and this officially opened to traffic on the 17th of November, 1849. The connecting of Edmund Sharpe's name with these two bridges is due to the fact that this Lancaster architect was responsible not only for designing the railway but for being the contractor for constructing a section of the line, and finally taking over the running of the company.

"The second date ascribed to these bridges is due to the fact that when built this railway had only a single track but in 1888/9 a second track was added and so to accommodate this the bridges had to be reconstructed. This necessitated the widening the orginal stone piers and replacing what had been timber beams with the present metal arches. From a detailed study of the masonry work it is possible to see where the new work was bonded to the old, and also to see some of the sockets in the stonework that received the ends of the struts that supported the timber beams".

Posted by The Happy Pontist at 9:49 PM 2 comments:

This is one of several bridges I visited back in May, all around the border between Cumbria and Lancashire, and all of which span over the River Lune.

"It is by far the finest bridge in the north of England", wrote Edwyn Jervoise in 1931. Like the similarly ancient Twizel Bridge (in Northumberland), it is a ribbed arch, a type I always find visually attractive. It is a Scheduled Ancient Monument, and a very handsome structure.

The bridge dates to the 13th or 14th century, and as with many other structures around Europe, it was reputed to have been built by the Devil. An old woman made a deal with the Devil for him to build the bridge in return for the first soul to cross over. She then tricked him by throwing bread across the bridge so that her dog ran over it first. The story is recounted in more detail in George Bernard Wood's book, Bridges in Britain.

There are many variants on this tale for the many so-called Devil's Bridges, suggesting that the poor fellow struggled to learn any lessons from being repeatedly tricked. 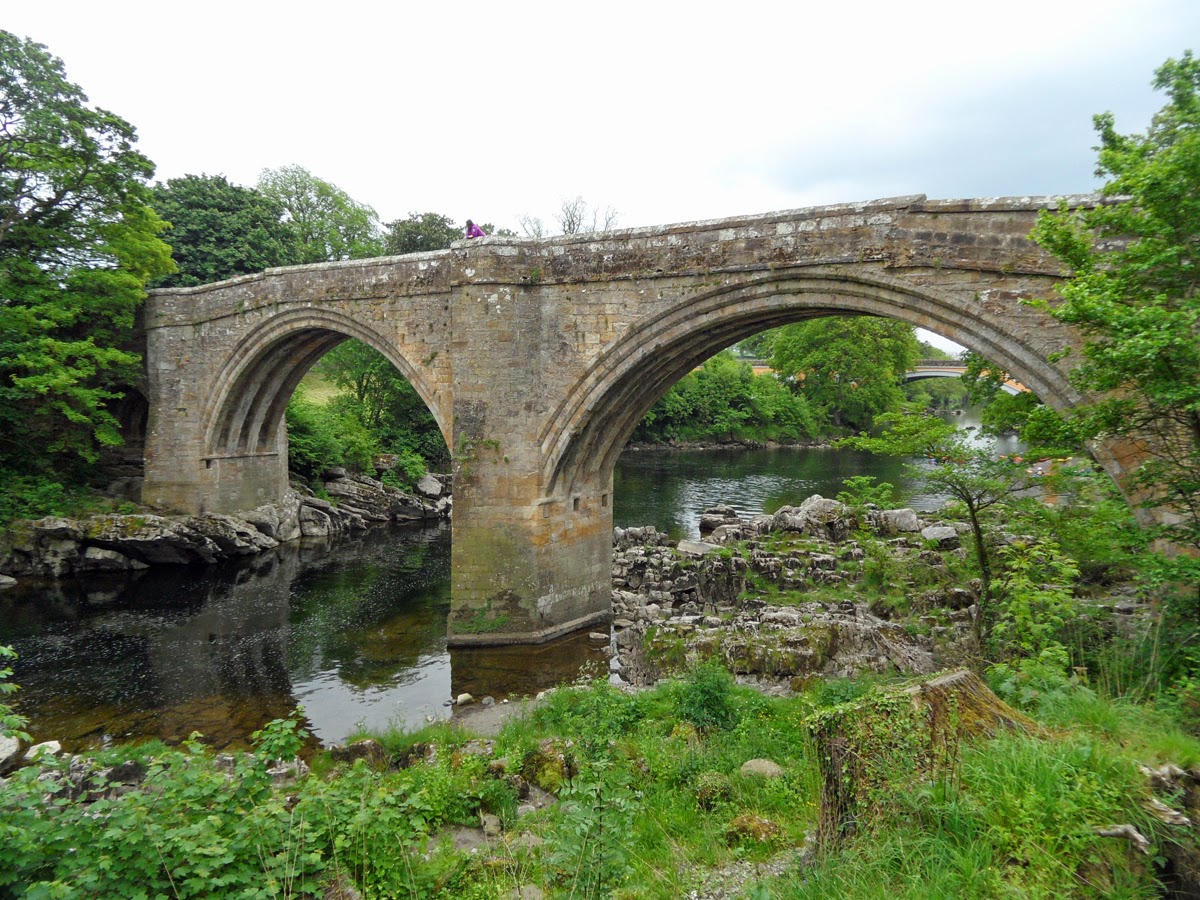 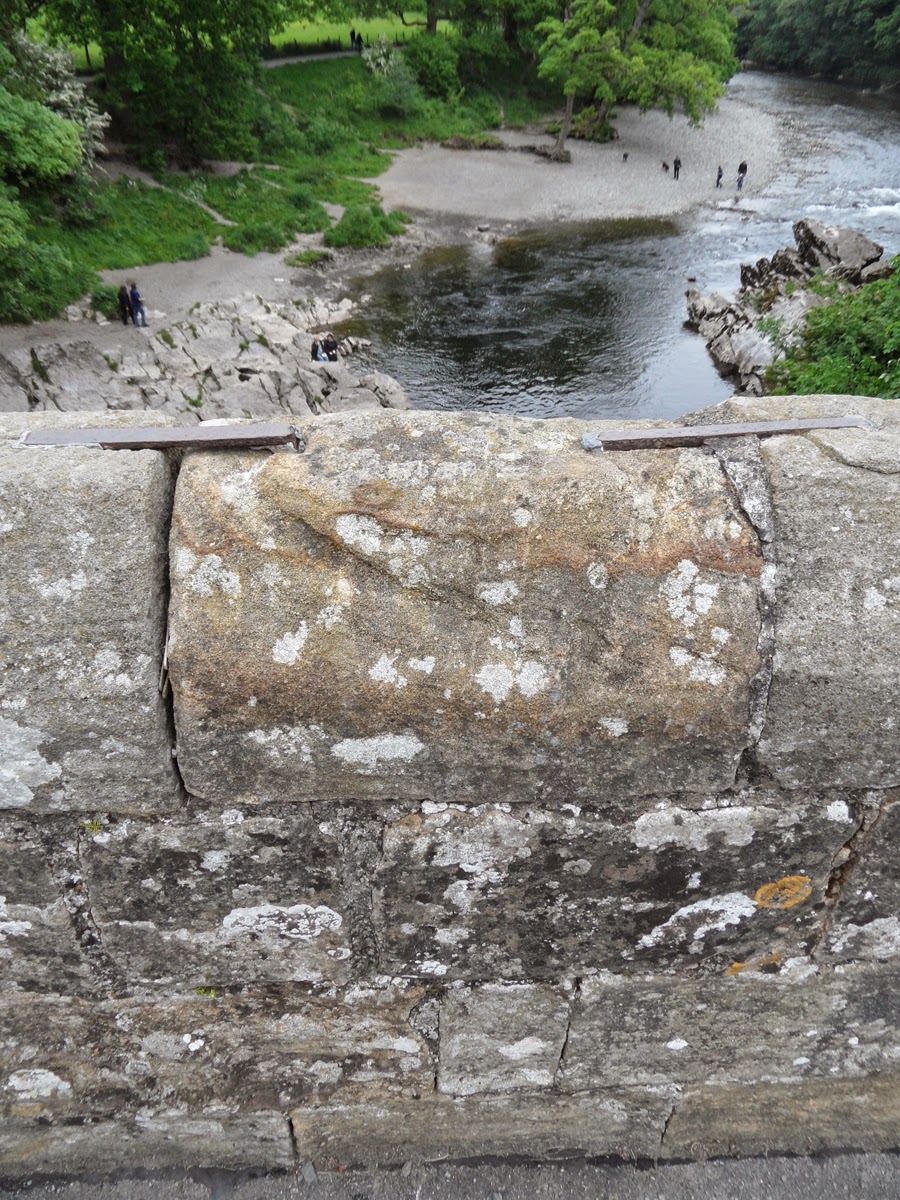 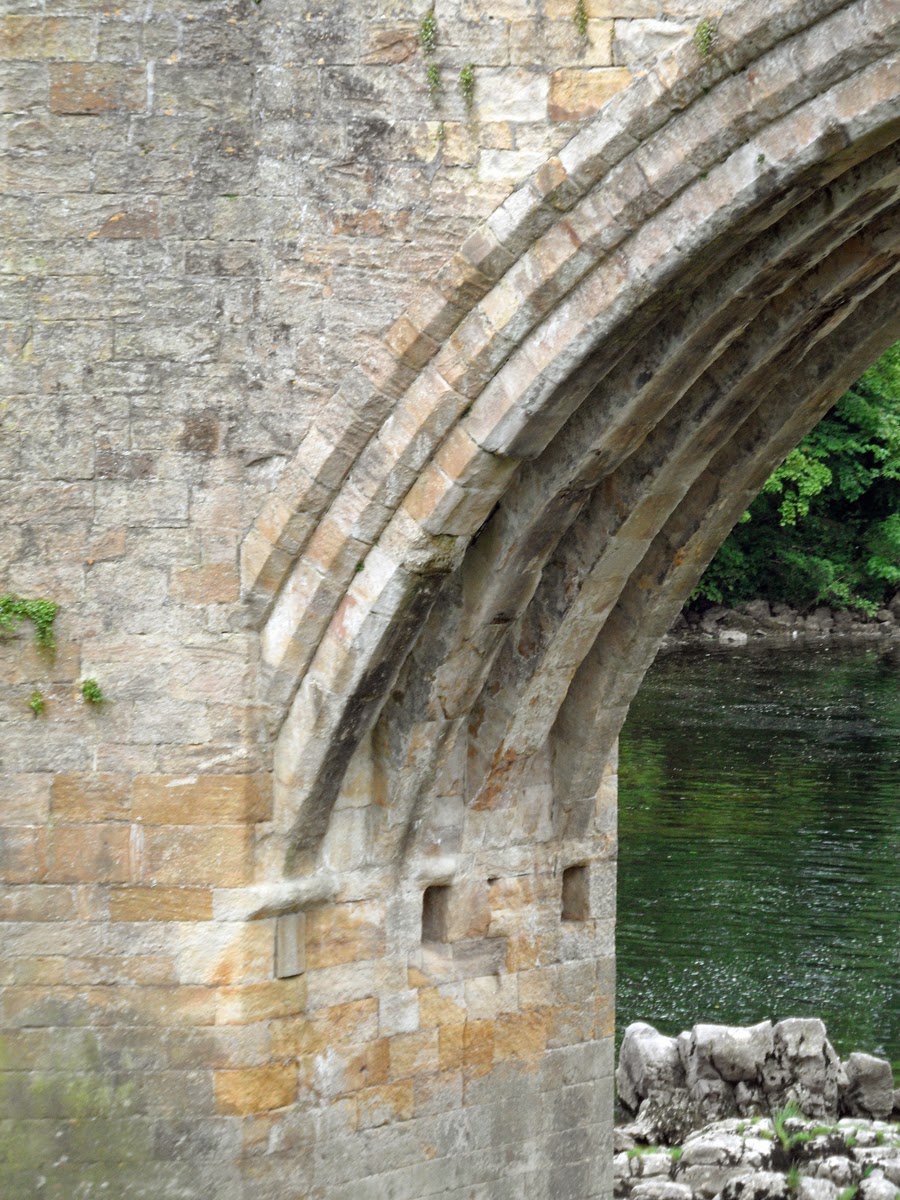 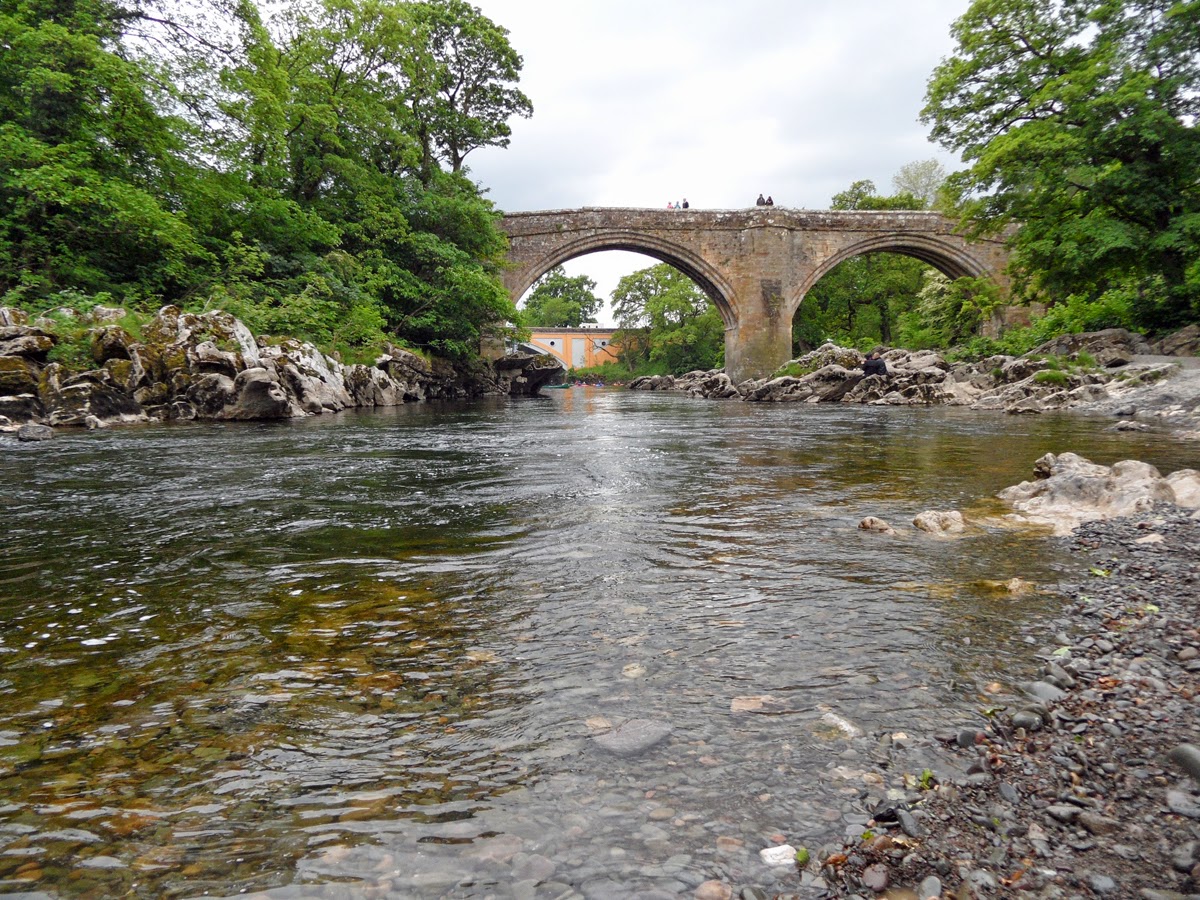 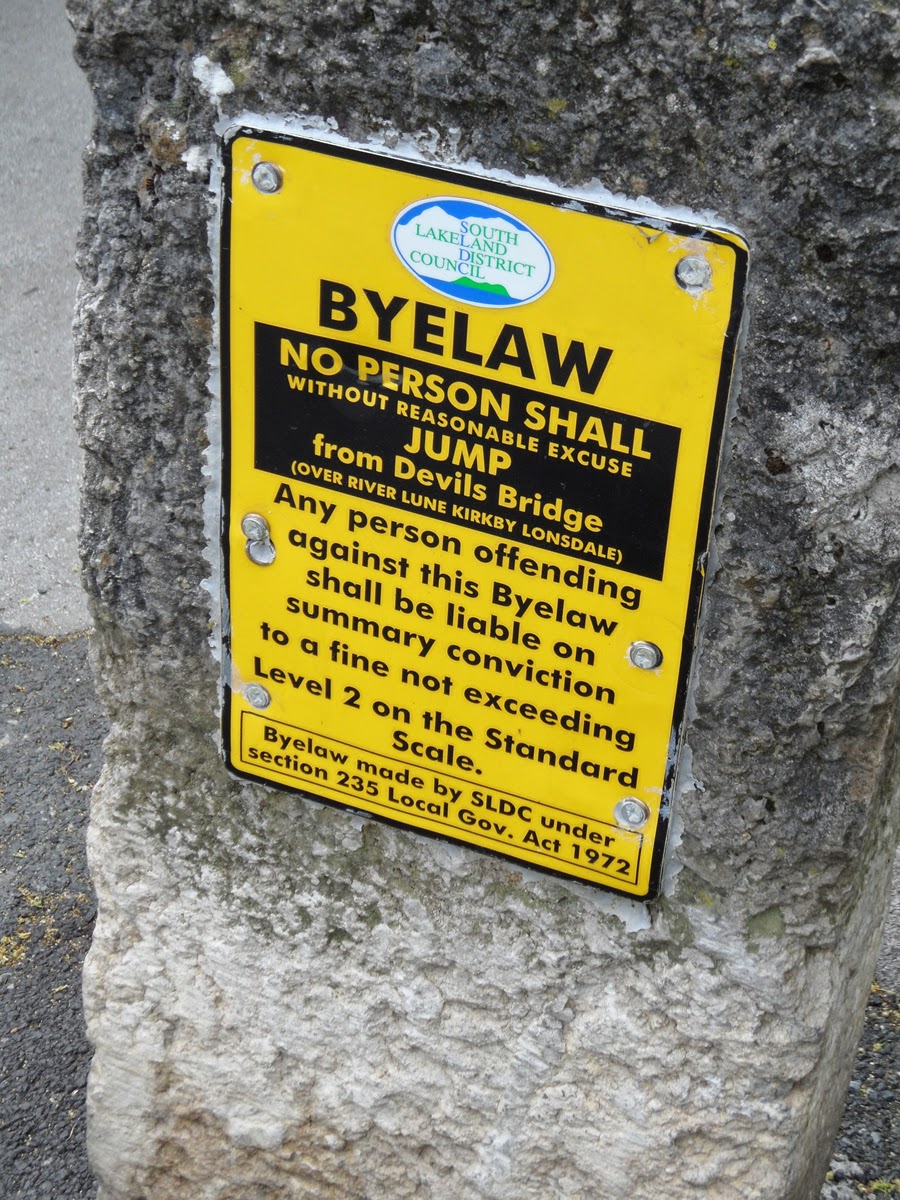 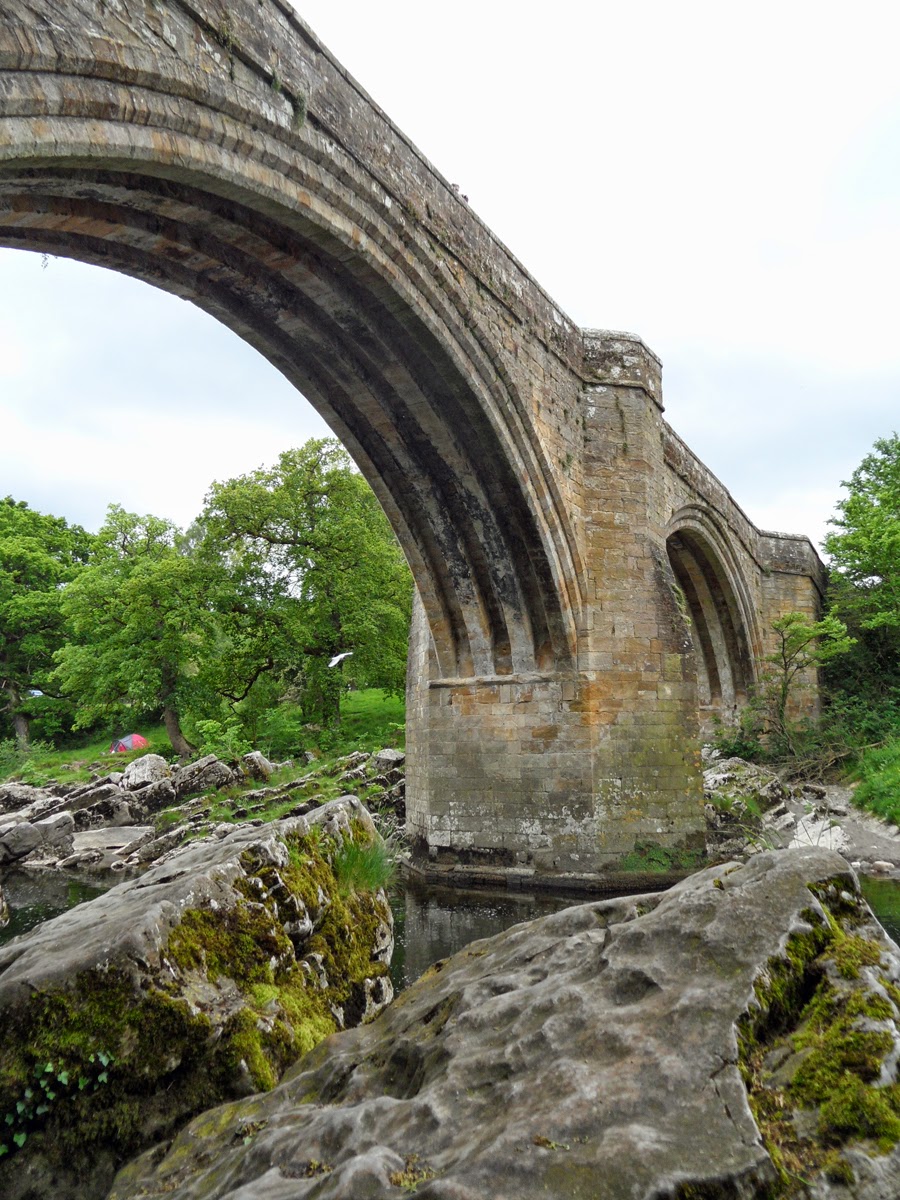 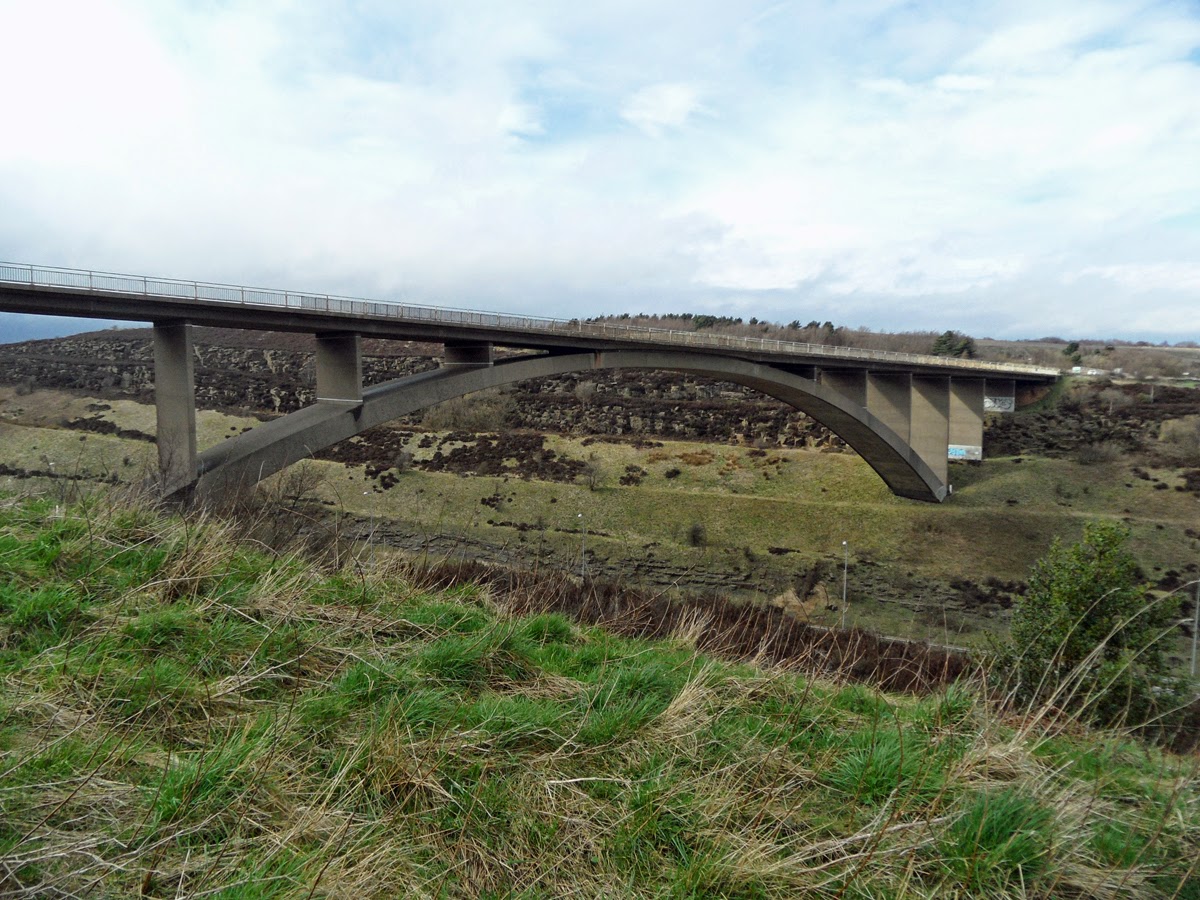 This is the last, and largest, in a set of Yorkshire motorway bridges which I visited earlier this year. 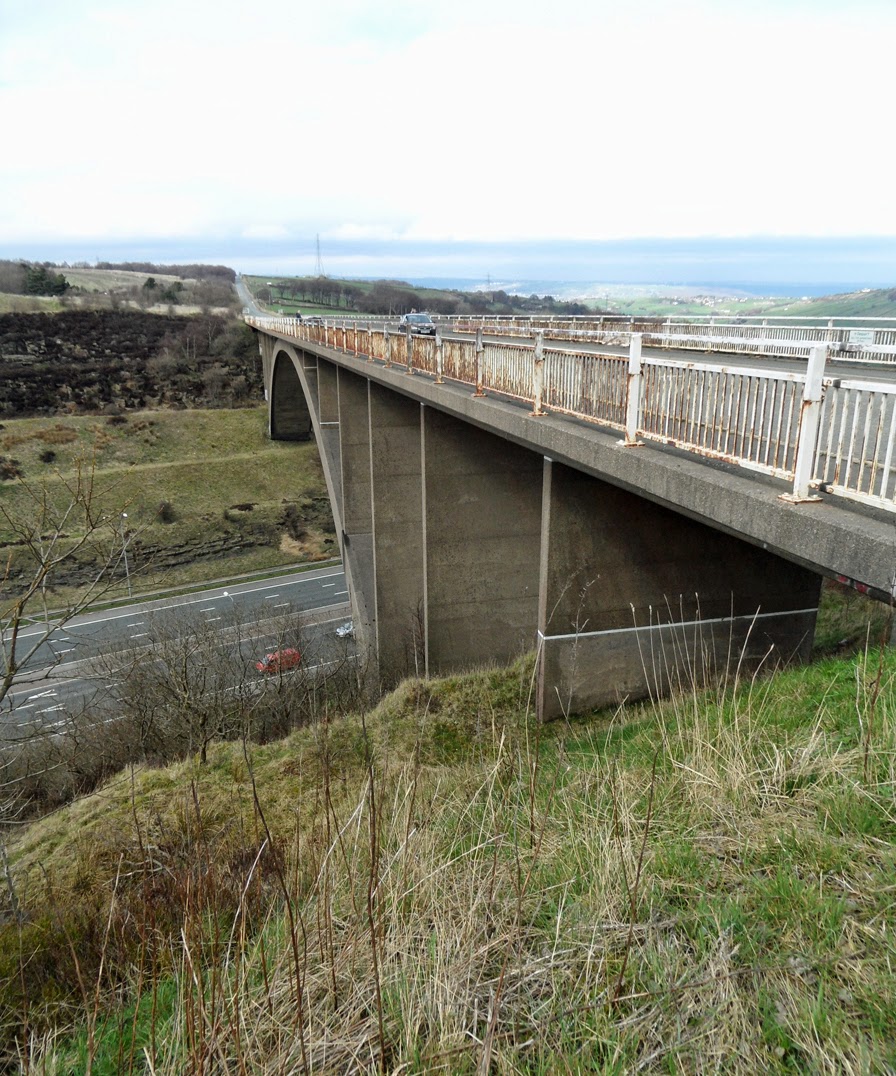 Spanning 125m, it is the biggest concrete arch bridge in the UK. It carries a local highway across the motorway where it passes through a huge cutting. In some photographs, Scammonden Bridge can appear almost "small", as it is scaled appropriately to its setting.

Its sheer size becomes more apparent only when passing underneath. A construction photo from 1969 showing the scaffolding used to erect the arch also gives a much better idea of quite what an enormous structure it actually is. 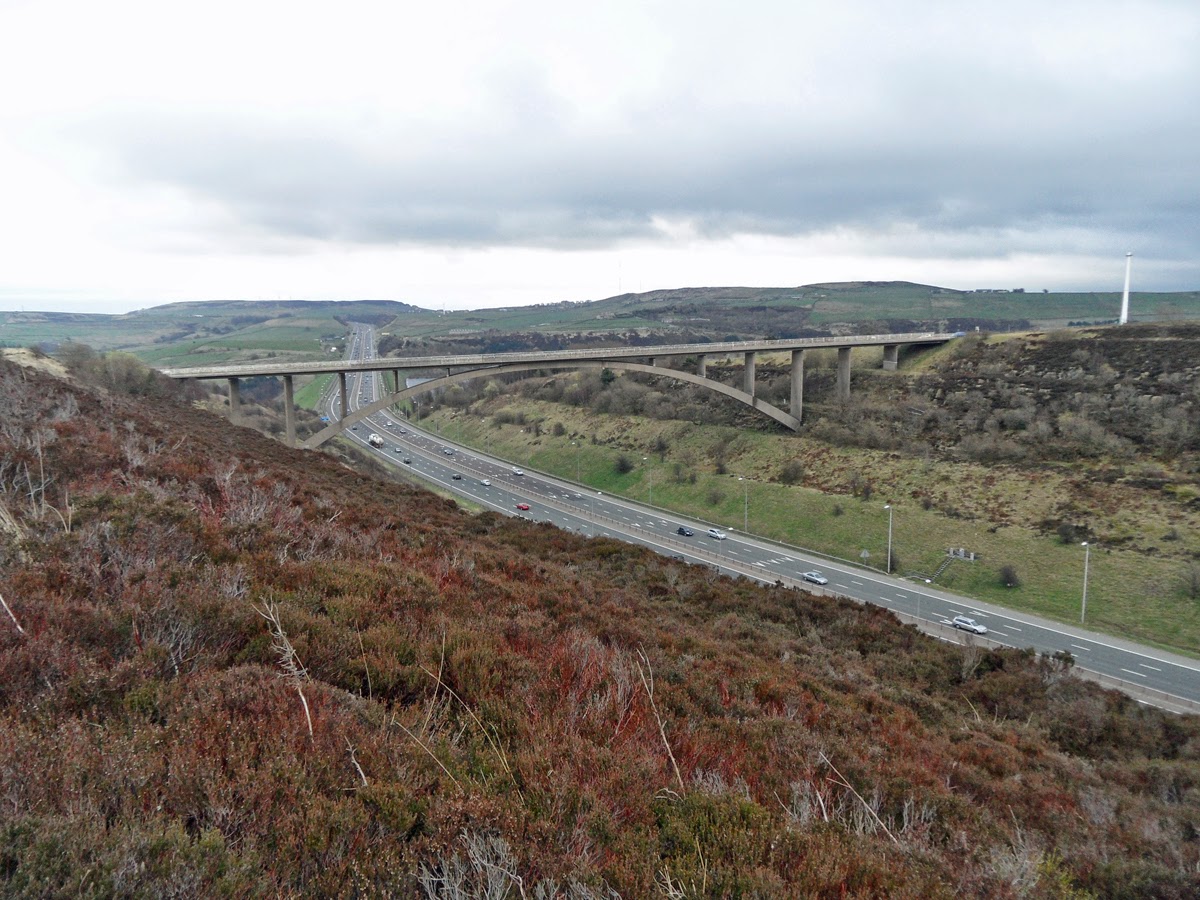 The concrete arch comprises a twin-cell reinforced concrete box section, supporting slender spandrel columns. These are hinged at the top to allow thermal movement of the deck to take place. The deck is built from conventional precast, prestressed concrete "T" beams.

As with the other bridges I visited in the area, this structure was designed by the West Riding County Council. Sri Sriskandan was credited with a key role in an obituary published by the New Civil Engineer. 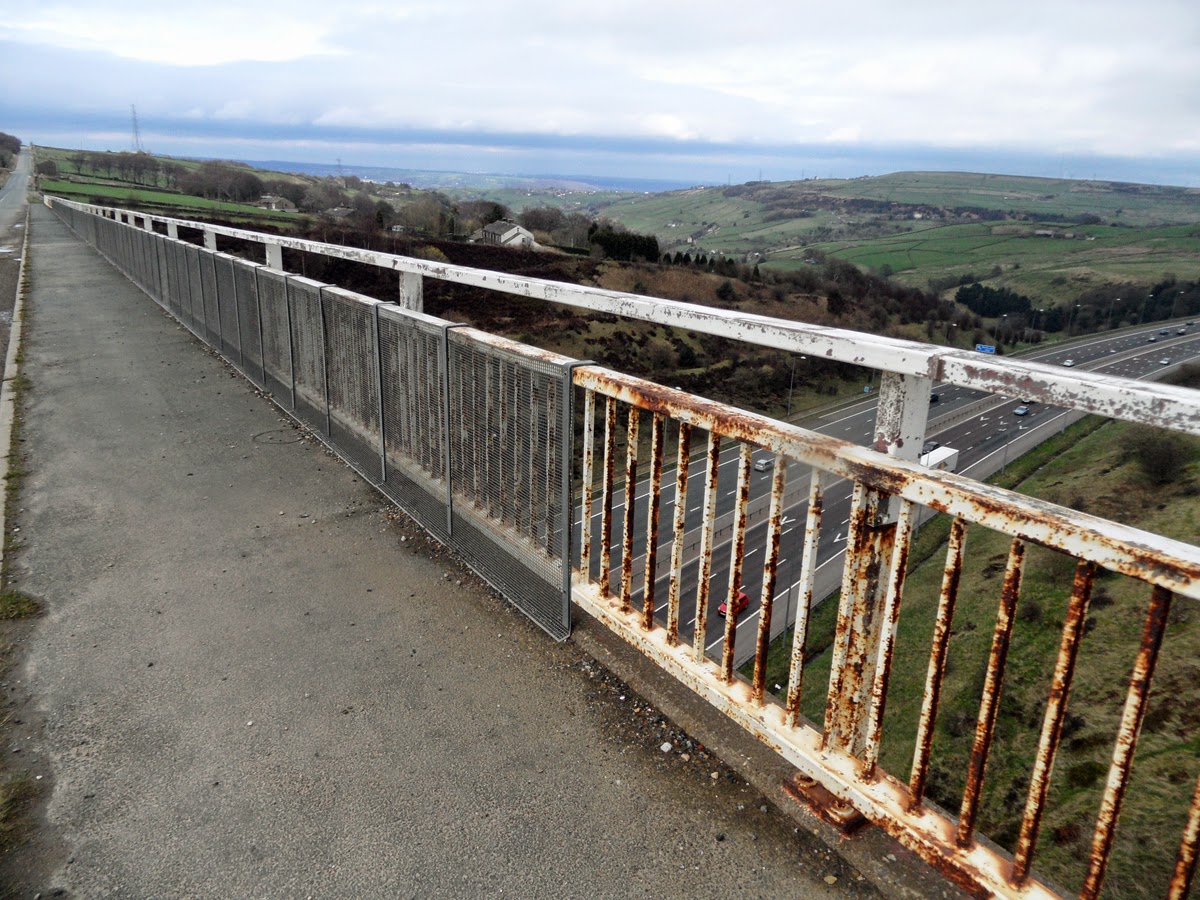 The bridge provides spectacular views along the motorway and onto the moorland that the road bisects. It's startling to try and imagine this setting before the motorway was built, as the huge "valley" that the road passes through is entirely artificial.

The bridge seems to be in generally good condition, with the notable exception of the parapets, which are in serious need of repainting.

Aesthetically, it is appropriate to the place, and generally well-proportioned. The only "wrong note" is the way that the profile of the arch at its crown cuts into the deck profile, but this is a minor matter.

It would be fascinating to see what kind of bridge would be built today if a new motorway were built in the UK requiring a similar span. However, it's hard to imagine such a road being allowed to be built, given the visual impact on the rural landscape.

Posted by The Happy Pontist at 10:22 PM No comments: