The Te Rewa Rewa Footbridge opened on 5 June (see also opening day videos). The NZ$2.8m bridge spans 69m across the Waiwhakaiho River near New Plymouth. I've covered it here a couple of times previously, before it took on its final name.

The steel arch structure was designed by Novare Design and built by Whitaker Civil Engineering.

The photos below were mostly taken the day before opening, and are courtesy of Novare Design. Click on any image for a larger version.

I think they've done really well to carry through the original design vision into the completed structure, without any significant change. I'm not keen on the way the structural behaviour is disguised (the arch springings hide a set of internal steelwork which make the arch behave as a bowstring rather than, as it appears, a thrust arch). Nonetheless, it's visually crisp and appealing, and I like it. 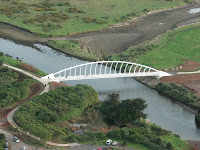 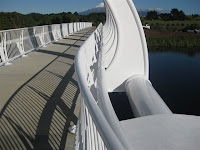 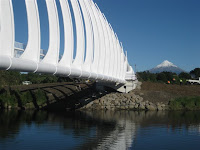 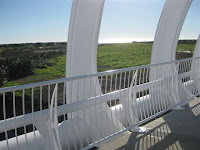 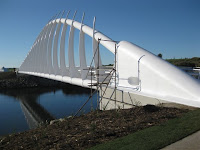 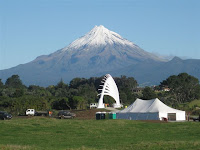 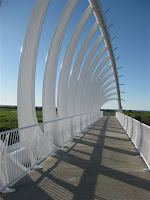 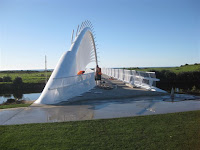