Birmingham is not blessed with contemporary bridges. I've reported on the rather unimpressive Mailbox Footbridge before, and the Selfridges Footbridge, which is only a little better. 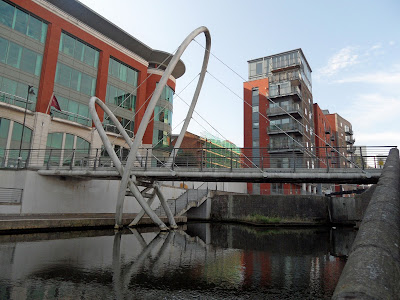 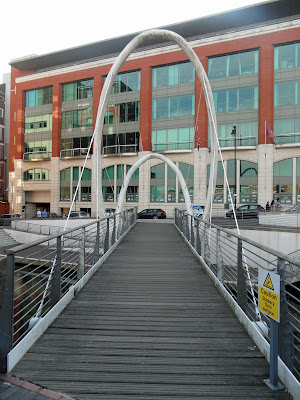 The Islington Place Footbridge spans the Birmingham and Fazeley Canal at Farmer's Bridge Locks. I've been unable to find out who designed or built it, so if you know, please post in the comments. 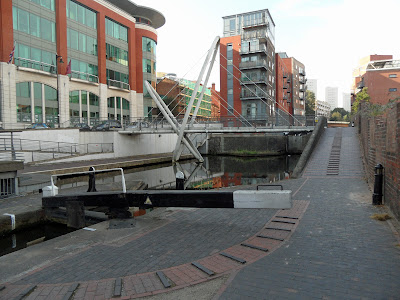 My initial reaction to this bridge was simply that it was completely unnecessary. It's such a short span that you could almost cross it with a few short planks and a bit of sticky tape. This is clearly a bridge where its role as a sculpture is far more important than as a crossing. 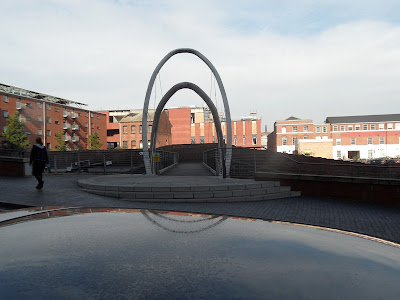 However, I ended up feeling quite a bit more generous towards the bridge. The crossed hoops work very well as a visual device, looking very different from a variety of angles, and offering a landmark while still remaining small enough not to be overbearing. 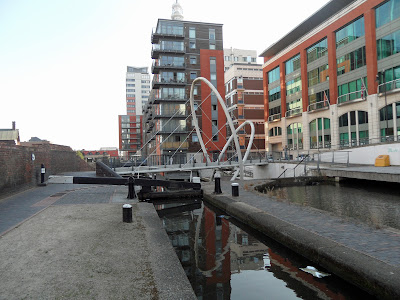 The cable array doesn't look quite right to me - I think the ties between the two hoops should run much more horizontally, but they do seem to be actually doing something, which is not the case some bridges that I've seen. 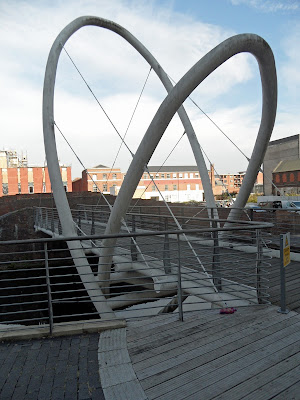 The steelwork below the deck seems a little bit over-engineered to me, but this doesn't really matter given that it's tucked mostly out of sight. 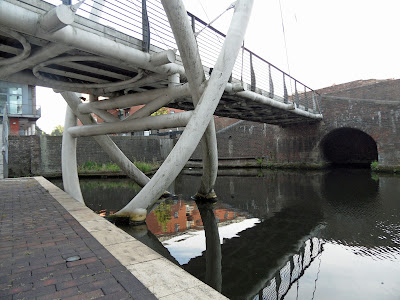