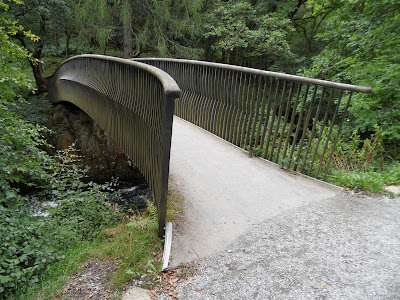 Now, here's a quite remarkable little bridge, which I think is totally unknown beyond its immediate vicinity but which easily deserves to be better publicised. 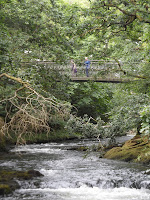 It lies on a foot and cycle trail connecting Elterwater to Skelwith Bridge, near Ambleside in Cumbria. It spans the River Brathay a short distance upriver from the waterfall, Skelwith Force. The creation of the trail was proposed in 1998 by local man Trevor Woodburn, and the bridge is named after him. It was completed at the end of 2006, and officially opened in July 2007.

The bridge was designed and fabricated by specialist architectural and sculptural metalwork firm Chris Brammall Ltd, who have also been responsible for some highly sculpted bridge parapets at Staveley and Sunderland. It cost £225,000, spanning 20m and weighing 16 tonnes. 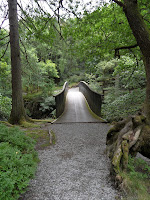 The bridge deck consists of metal plate on steel members, while the parapets comprise a series of steel flat posts supporting an oak handrail. According to the designer's website, the geometry of the posts was "inspired by the tectonic pressure patterns in the surrounding rock faces".

The posts each have a slightly different geometry, with a slight indentation in profile developing towards midspan into a pronounced kink. The effect is to create an intriguing sculptural surface which presents an attractive profile from almost any perspective, yet dissolves entirely on a closer view.

The inner and outer surfaces of the parapet are formed from the same geometry yet visually are very different.

I think it's a gorgeous little bridge, and a genuine enhancement to visually and environmentally surroundings. 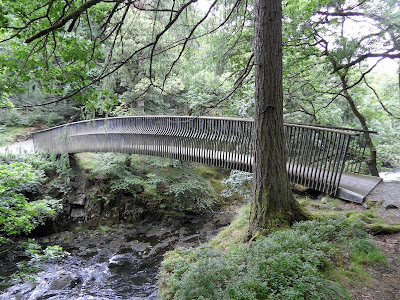 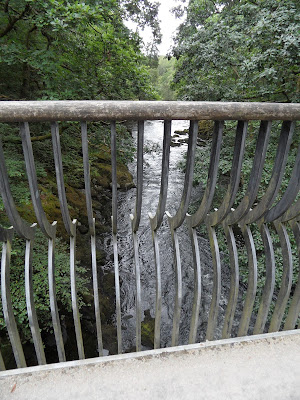 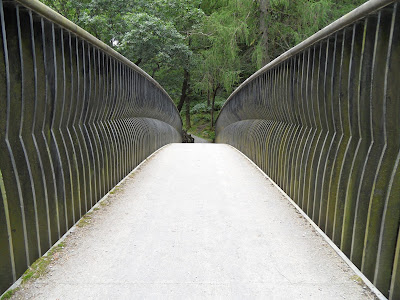 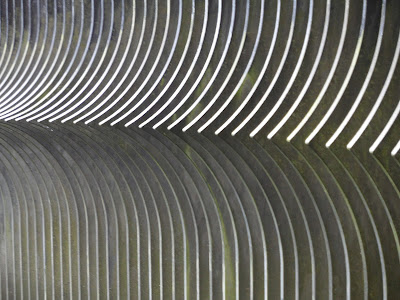 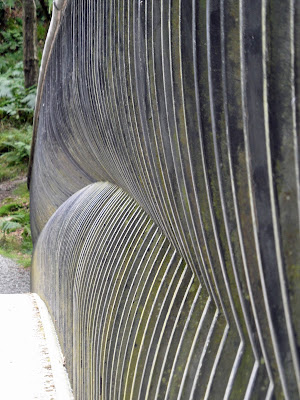 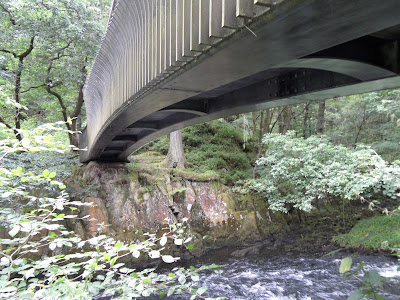 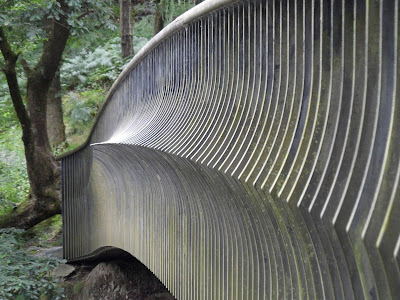 Posted by The Happy Pontist at 6:48 PM