This is one of the most expensive books on my bridges bookshelf, but one which remains excellent value for money. 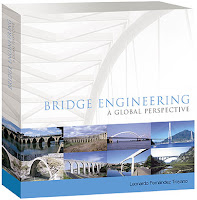 ] was originally published in Spanish in 1999. Troyano is the son of noted Spanish engineer Carlos Fernández Casado, and a great designer in his own right.

It's a monumental slab of a book, addressing its topic over nine chapters. The introduction discusses bridges in context, as objects, forms, works of engineers and as part of our heritage. Before plunging into the detail that fills the remainder of his book, Troyano takes time to discuss issues ranging from the importance of design being unified and led by a person of appropriate competence, through to the various approaches to bridge aesthetics that have been suggested over the years. Troyano is a perceptive writer and much of the introductory chapter would make a worthwhile essay if read in other contexts. 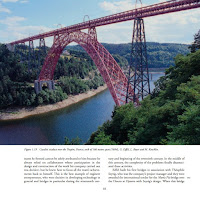 A second chapter, on the historical evolution of bridges offers a template by which much of the remainder of the book can be read: the adoption of new modern materials and their use to establish new structural forms. It also notes how much of the history of bridge development is a history of failure, as a spur to the understanding of hazards and the development of solutions to supersede them. A section which I found disappointingly brief covers treatment of historic bridges, adaptation, refurbishment and replacement. Most of the book addresses the design and construction of new structures, but the reality of "bridge engineering" is that much of it (at least in terms of what engineers actually do, day-to-day, certainly in the developed world) is devoted to operation and maintenance of existing structures. However,this is an enormous book, and it's understandable that it can't cover every topic. 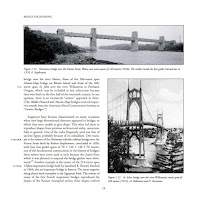 Troyano goes on to consider in more detail the various materials of which bridges are made, and how these have led to specific developments in construction and form. This thread then continues in later chapters, so that, for example, a chapter on beam bridges discusses timber beams, mixed timber and iron girders, metal girders, etc. Re-reading this chapter today, I am initially struck by what Troyano omits. There is little or no discussion of the function and behaviour of spandrel walls on brick and stone arch bridges, for example, or of hollow and voided spandrel construction. Neither of these are insignificant things.

However, what is highly impressive is how Troyano marshals a history of engineering achievement: larger spans, new geometries, all very well illustrated with a range of structures from all around the world. There are countless bridges in this book that I would never otherwise have encountered. He's also very good on aspects of bridge engineering which are sometimes forgotten, with an interesting review, under the general heading of timber bridges, of timber centrings used in the construction of stone or concrete spans. 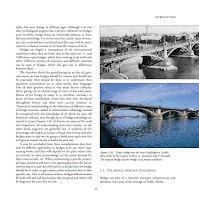 A useful general chapter brings together the development of bridge engineering theory, forces on bridges, generic geometries such as curvature and skew, and begins to introduce the ways in which bridges are actually built. This is, I think, the strongest thread throughout Bridge Engineering, its in-depth consideration of methods for fabrication, assembly and installation of bridge structures. This theme continues throughout the four main chapters of the book, which cover arch bridges, beam bridges, frame bridges, and cable-supported bridges.

For example, the chapter on arch bridges includes sections on building on centring, with a scaffolding arch-truss, by the cantilever method, by half-arches, by a suspended cable, and by horizontal and vertical movements. There are some spectacular construction photographs here and throughout the book, a testament to the author's research. I learned a lot from this book, and particularly regarding construction possibilities. 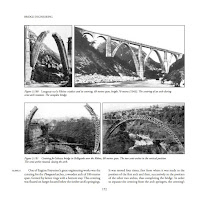 Troyano is at his best when dealing with the opportunities of scale - ever longer spans, major structures, impressive feats, new advances in technology. This is not a book with a keen focus on the small and everyday, and that does mean that certain types of bridge receive short shrift. One example could be the half-through girder bridge, popular on the railways and for some footbridges, but here a casualty of megalophilia. Perhaps relating to this is a concentration on the behaviour of bridges as spanning structures i.e. their strength and stiffness as seen from a side elevation. Little is said about issues of primary concern when seen in cross-section, such as transverse load distribution or out-of-plane buckling, although for many types of bridges these are primary design criteria which have a key effect on the size of the structure and on how it is built. 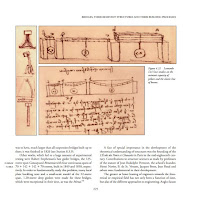 When thinking of which books about bridges I might include in a "top ten", Troyano's was at the top of my list. I still find it staggering that anyone could have even attempted such a detailed survey of the topic, let alone completed it. Almost every page is illustrated, and there are countless photographs of intriguing, impressive and amazing structures. Troyano ably discusses technology without ever becoming unduly technical - I think a general reader could get as much out of this book as a professional (although clearly, they'd have to be a bridge nut). I've drawn on the content of the book for a number of different purposes in my professional life, and expect to continue to do so for many years to come - I can't see this authoritative, encyclopaedic tome being surpassed any time soon.
Posted by The Happy Pontist at 8:13 PM

I agree. I have both the original Spanish and also Thomas Telford English edition, this book is the closest to the encyclopaedia of bridge engineering. A must in any consultant shelf who is serious on this branch of structural design.

I agree with your praise. I have 382 bridge books in my collection. Here is my comment about Troyano's masterpiece. "798pp Includes 1,884 photos and drawings, about 1/2 in color. The most comprehensive collection I've ever seen published. The text is all in Spanish, but this is a BIBLE of bridges of all types and ages from all over the world".