One of the best known Welsh Bridges is Pontypridd Bridge, designed by William Edwards, and completed in 1756 (after a series of false starts). This tall arch with its circular openings near the ends of the arch is so closely associated with Edwards that it is, apparently, sometimes just referred to as the William Edwards Bridge. 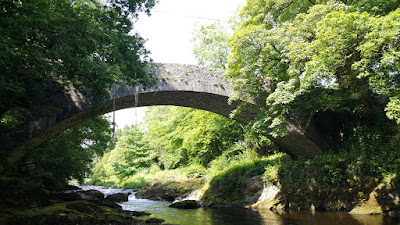 Edwards was not a "born" bridge engineer, having been first a clergyman and then becoming a self-taught mason and engineer. In addition to the Pontypridd Bridge, he completed a series of other bridges, including the Dolauhirion Bridge depicted here, from my recent visit. It was completed in 1773 by William's son Thomas. 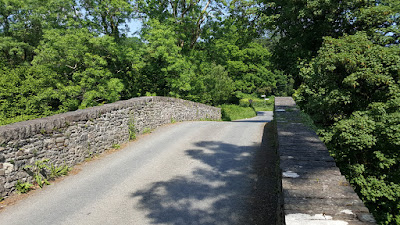 You can easily drive over this Grade I Listed bridge (and Scheduled Ancient Monument) without really knowing it is there. It is smaller and less impressive than its Pontypridd cousin, but also has circular openings in the spandrels, and is very well suited to its place on the River Towy. The prolific chronicler of ancient bridges, Edwin Jervoise, described it as "the finest bridge over the upper part of the Towy". 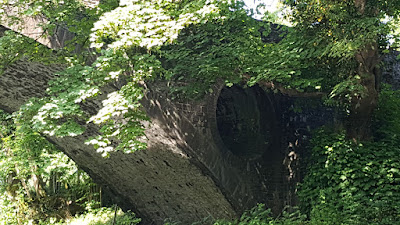 Both the arch barrel and the oculi are formed from a single layer of large stones, while the spandrel walls are faced using less well-ordered and much thinner stones. 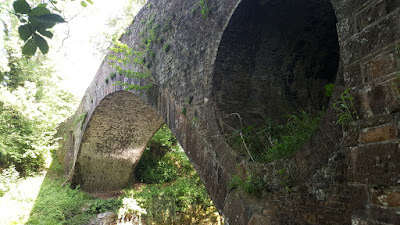 At some point in its history, the bridge was strengthened with a reinforced concrete saddle. I don't know whether the bridge was waterproofed at this time, but the underside of the arch barrel is thickly encrusted in mineral deposits resulting from many years of water seepage. 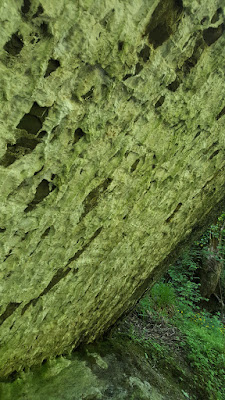 This is not by any standard a magnificent, monumental bridge; it is relatively understated, but attractive and appropriate for the location. Given the extent of surrounding vegetation, the oculi do little to lighten the overall appearance.

Seen from below, the bridge's lateral slenderness is the most obvious and impressive feature. 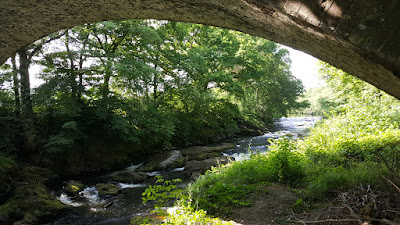 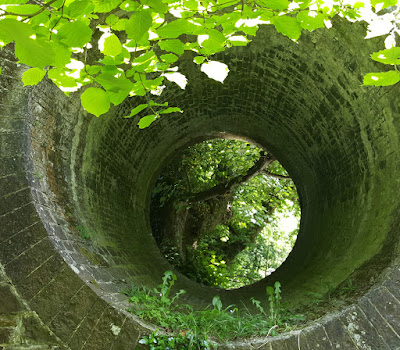 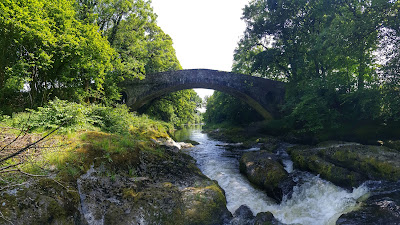 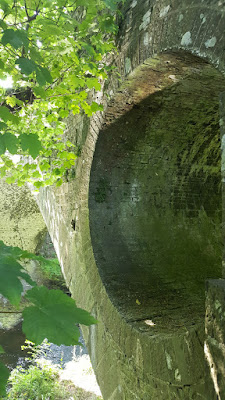 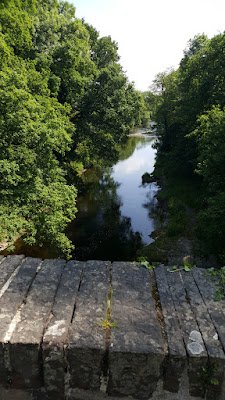 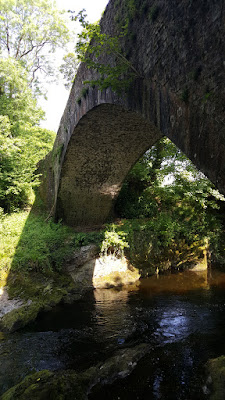 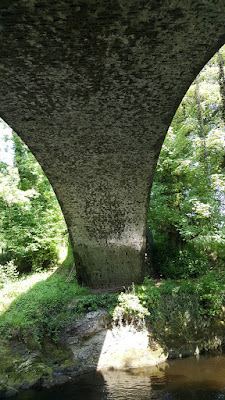