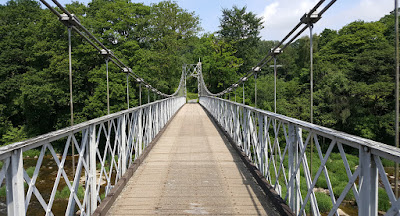 This is the second bridge I visited on my Welsh trip which was designed and built by David Rowell and Co, the first having been the bridge at Elan Village. 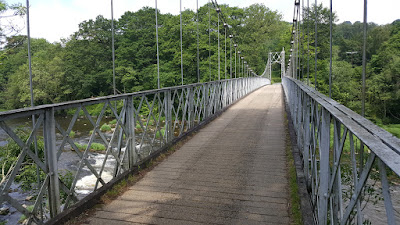 Rowell and Co were frequent builders of suspension bridges in the early part of the twentieth century, mostly in the UK but with some overseas examples. Most of these were intended as footbridges, and the example at Llanstephan is a rare surviving Rowell bridge which was built to carry vehicles, and which still does so. 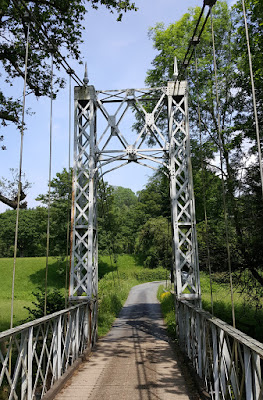 It is very narrow, only just wide enough to pass through the towers without clipping wing mirrors, and plaques at either end of the bridge state that it is suitable for only one vehicle at a time, with a maximum speed of 4 mph. The plaques state the bridge was built to carry vehicles up to 5 tons in weight, but this is enforced now as a 3 tonne restriction. 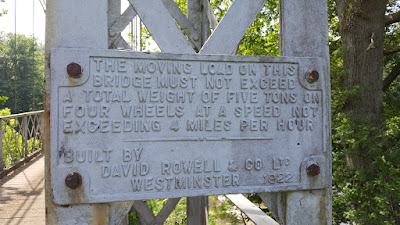 The bridge was built in 1922, and it carries a minor side road. It spans 81m across the River Wye, and is 2.4m wide. The bridge deck is supported by rivet steel lattice trusses on each side, and each truss is supported from a pair of steel suspension cables. 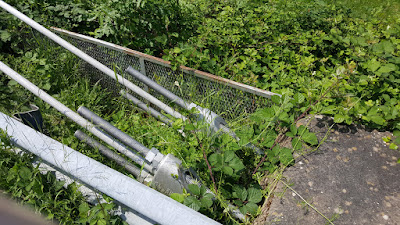 The main cable anchorages are clearly not original, and the cables look in excellent condition. The bridge was reported as closed in 1994 pending replacement of corroded cables, so I assume this took place in the mid-1990s. 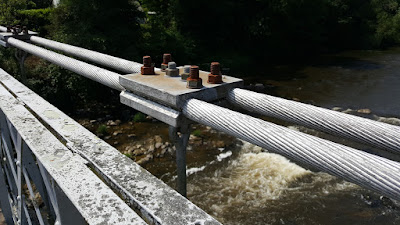 The upper clamps connecting the hanger bars to the main cables are certainly not original, and are bulky and clumsy compared to the original clamps, which can be seen in a historic photo. 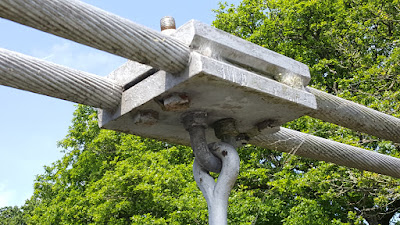 The bridge decking consists of transverse timber planks with a non-slip topping, and these are likely to be the element which limits the bridge's carrying capacity: I definitely wouldn't want to drive a heavy vehicle across here, or a light vehicle at a higher speed. 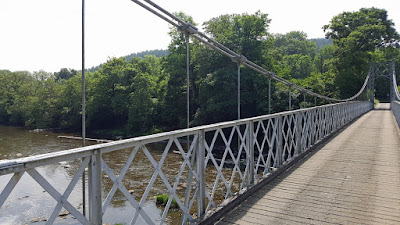