This was once a very fine suspension footbridge in the classic style (as can be seen in an old photo), with similarities to the two Abernethy spans covered in the previous two posts. This one was designed by Blaikie Bros and built in 1885, and always lacked one significant design feature present in the Abernethy structures: stiffening deck trusses.

There are not many suspension footbridges left in the without such stiffening. John Hume’s classic paper on Scottish suspension bridges included a gazetteer of every such bridge known to the author, right up to and including the . He identified a total of 14 unstiffened suspension footbridges in Scotland. I think the only one I’ve previously walked upon in is the Sapper’s Bridge at Betws-y-Coed.

The stiffening truss normally also doubles as the bridge’s parapet, and as well as rendering the vertical deflection of the bridge less disconcerting for its users, it also helps to evenly distribute loads amongst the hangers and reduces the likelihood of damage to the structure.

A contemporary drawing of the bridge included in Civil Engineering Heritage shows the bridge as having two layers of suspension cables, one passing from the top of the tower to the top of the parapet at midspan, and a second passing from mid-way up the tower to the deck at midspan. Both cables are still present, and this is a very unusual feature of this bridge, one I can't immediately recall seeing anywhere else.

I don’t know whether the bridge became derelict because of damage caused by the bridge’s users, or because the footpath became redundant leading to no maintenance, or a combination of the two. Today, it is a bridge to nowhere, for nobody. Gates discourage anyone from setting foot on the ruinous main span, but it’s straightforward to clamber around and stand on the tattered remnants of the deck. I wouldn’t recommend it, though, and the thought of falling onto scraps of rusty metal ought to deter most people from going anywhere near it.

Having degraded to its current parlous and perilous state, I’m unsure whether the bridge is in a process of gradual decline, or has reached a point of temporary if precarious stability. It is a protected , but is on the Buildings at Risk Register. I imagine there’s no continuing need for it to be refurbished and can’t believe the cost of doing so could be justified. I’d be astonished if the deck is still there in ten year’s time, so if, like me, you have a soft spot for derelict bridges, I suggest you visit it while you still can. 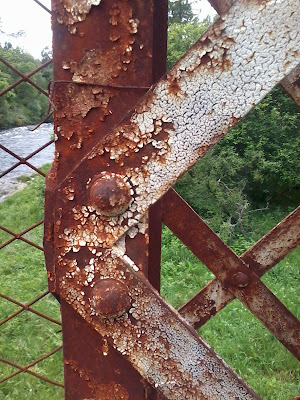 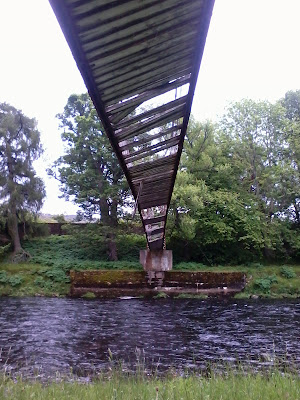 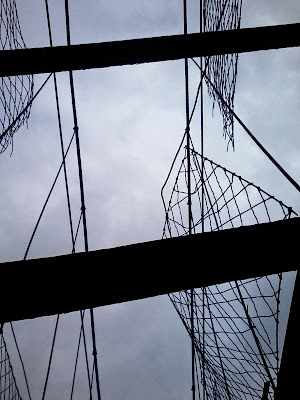 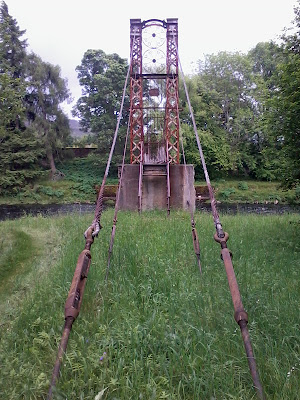 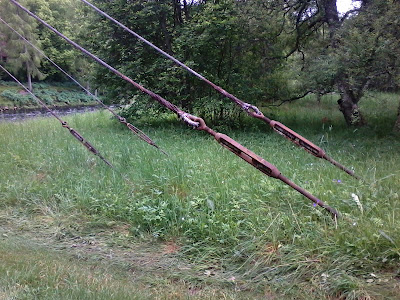 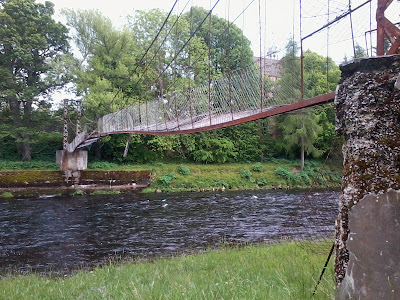 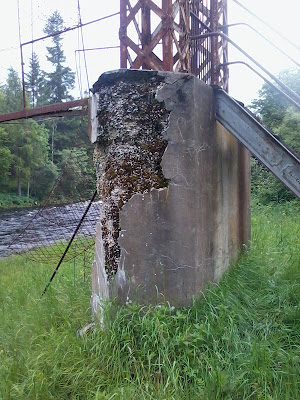 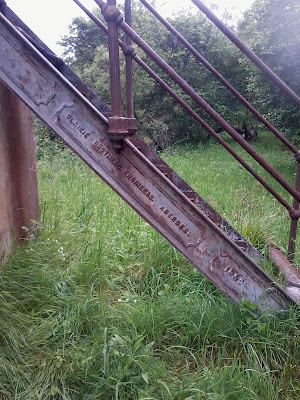 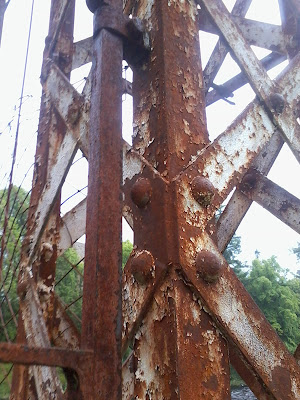 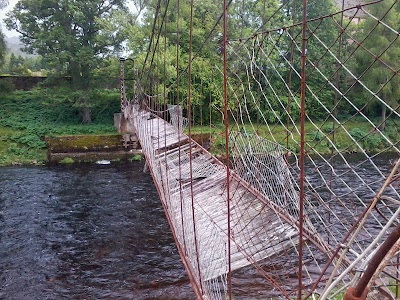 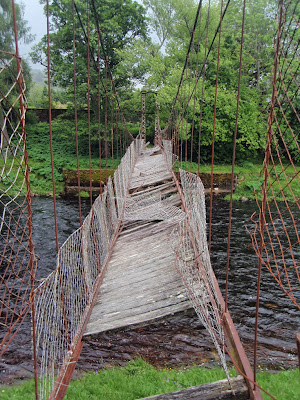 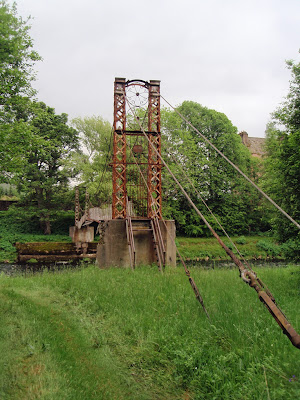 It's sad to see such a (once) graceful bridge in a state like this.

In picture 8, the contast between the sturdy sidebeam of the stairs and the slender deck stringer is especially interesting.

A photo of the connection between the stringer and the pylon base would have been nice. I wonder if the Blaikie Brothers were aware that the deck carries most of its loads near the pylon in bending.

The flood of December 2015 destroyed the bridge.

Used to go across this bridge to catch the bus for school. So sad to see how much it has deterated.