Having spent the last few posts on a whistlestop tour of some of the bridges of Paris, I'm going to round things off by featuring a few particularly relevant books which I consulted. 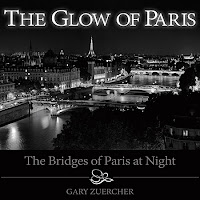 Gary Zuercher's The Glow of Paris - The Bridges of Paris at Night (Marcorp Editions, 208pp, 2015) [amazon.co.uk] is a photographic survey of the 35 bridges which span the Seine between the points where it is crossed by the Boulevard Périphérique.

It's a serious coffee-table tome, 30cm square, with all the photographs reproduced at least full page size. They are all in black-and-white and all photographed at night. 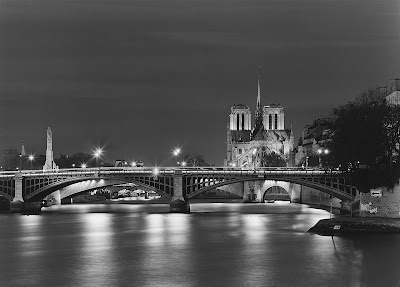 The photos have generally been shot on a long exposure, which gives a landscape quality to the bridges, softening the sky and river and eliminating fast traffic and pedestrians. Indeed, the images are posed to remove signs of life as far as possible, to focus on the structures and their context. This is clearly a conscious choice, and while it ensures bridges are depicted clearly and beautifully, it does divorce them from the cityscape as a lived space rather than merely a collection of stone and steel.

There is a good mixture of scales, from wide open shots depicting bridges in their setting, through to close-ups of architectural details. Throughout, the emphasis is on the interaction of form and light. 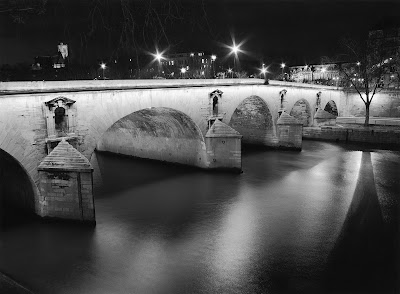 The book includes maps to help the reader understand where each bridge is, and each bridge is accompanied by typically a couple of pages text, describing the bridge's history and any interesting stories about it. These are aimed at the general reader, but are informative enough for all but the most serious bridge enthusiast. I referred to them quite a bit while preparing my Paris blog posts, although I did have to look elsewhere for more detail. The text isn't referenced, but it's simply not that kind of book! 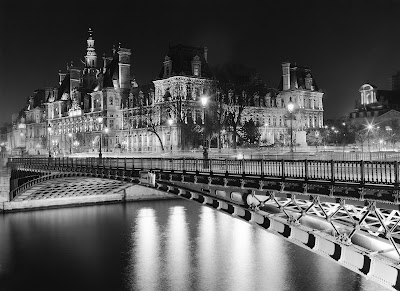 I very much enjoyed the book and am really glad to have it on my shelves now. Taken together, the bridges cover a long and varied period of history, with numerous different materials, technologies and architectural styles. The photographs are excellent, and the book is recommended for admirers of photography, Paris, bridges, or all three. 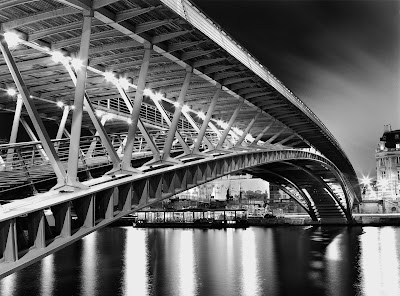 There's an interview with Gary Zuercher about the book online, and you can find out more about it at his website, including many more sample images than I've had space for here. 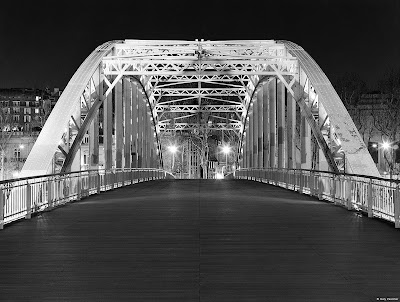 Posted by The Happy Pontist at 8:04 PM