For this one, it's time to move away from the river to find something very different. 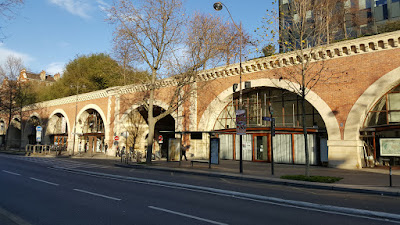 The Viaduc des Arts is an old railway viaduct which has been repurposed into a high-level, landscaped walkway. Just like New York's High Line, except that the Viaduc des Arts was completed in 1994, while the High Line first opened in 2009. The Paris greenway was its inspiration.

The 1.5km long viaduct was originally built as part of the Paris-Bastille to Marles-en-Brie railway line in 1859, and was closed to rail traffic in 1969. The refurbished structure now forms part of a longer route normally called the Promenade plantée, which connects the Paris city centre beyond the Boulevard Périphérique ring road to the Bois de Vincennes park.

The viaduct refurbishment was planned by architect Patrick Berger, and quite literally works on two levels. On top of the viaduct there is a walkway with extensive planting, a very pleasant promenade affording view down into and across adjacent streets. The walkway opens out where existing flat spans have been refurbished to create more open spaces with views in all directions. Up here, you are away from the noise of the city streets below. Stairs and lifts provide access at intervals.

Below, the brick arches have been turned into 64 glass-fronted tenanted spaces, primarily occupied by art galleries and craft studios (hence the new name of the viaduct). The structure has also been extensively cleaned. The occupation of the spaces is nothing new: they were occupied when trains still ran here, but what is new is the provision of a consistent theme and identity.

I think this is the key to the viaduct's successful new life. The walkway is pleasant, but the tenanted spaces presumably generate cash to maintain the viaduct as well as contributing more generally to the local economy and community. The Semaest organisation ensures the viaduct and its occupants are managed and promoted, and I think this level of positive, purposeful activity is key.

I can think of plenty of places where old railway arches are occupied by successful businesses but which lack this sense of community, visual identity, and promotional effort. There's a fine article in the Boston Globe (link below) which goes into more detail on this, and the lessons that other cities might learn. 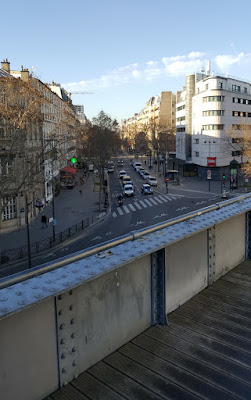 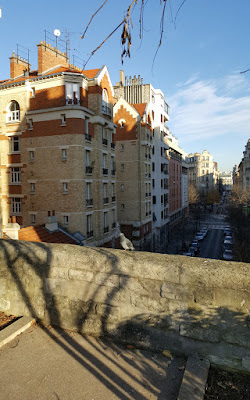 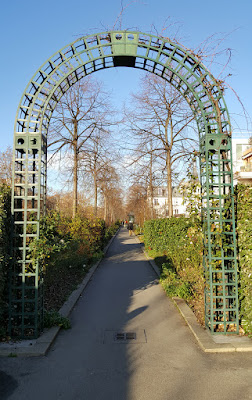 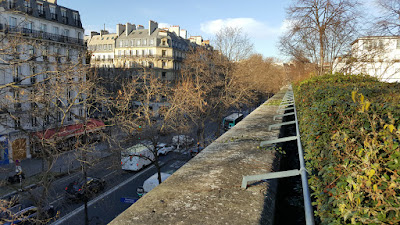 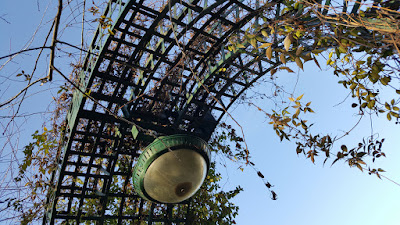 Posted by The Happy Pontist at 8:03 PM

It is quite a lovely reuse indeed! I live just a few meters away and it is a great opportunity for strollers and runners alike. The nearby marché d'Aligre is a local node for social life (recommended on Sundays).

I can think of one other use of railway archs, although still under active use today! The climbing facility MurMur in Issy-les-Moulineaux is located below the RER C tracks http://murmur9293.e-monsite.com/medias/images/murmur-issy-et-le-rer.jpg