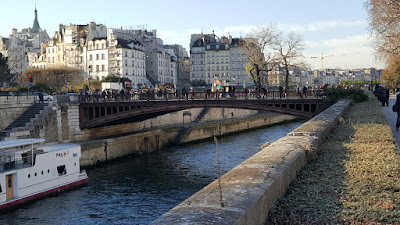 The Pont au Double was originally built in 1634 to connect the Hôtel-Dieu on the Île de la Cité (an early hospital) to an annexe on the left bank of the Seine. The bridge accommodated further hospital buildings along its length, but was also open to the public as a toll bridge, with the fee being a double denier, hence the bridge's name.

This twin-arch bridge was replaced by a single arch structure in 1848 to improve river navigation, and then again in 1883 by the present-day structure, designed by Jules Lax. Today the bridge provides a key link from the left bank of the Seine to the piazza in front of the Notre Dame cathedral.

Various sources describe the bridge as wrought-iron with steel bracing, but this seems self-evidently incorrect. Seen from below, the 11 arch ribs can be seen to be made up of short cast iron segments, although the bracing may well be different in origin.

The two edge arches, and the balustrade above, are coated in copper, a highly unusual feature which makes the bridge gleam in the sunlight. The bridge was extensively refurbished around 2002-2004, and photographs from before this show the copper in its distinctive green weathered colour.

The French edition of Wikipedia refers to a copper galvanising process developed by M. Oudry, which is described in a book on electroplating of metals. The process involves specially varnishing and treating the cast iron before placing it in a bath of copper sulphate, which coats the cast iron object through the normal electrical galvanising process.

I guess the use of this process may explain the short length of the cast iron segments on the bridge, which would have to be short enough to be placed into a galvanising bath.

It's not clear how the coating was re-applied in the 2004 restoration project: there was an article in Bulletin ouvrages métalliques but I don't have a copy, so if any reader can shed more light, please do so!

I'd also be interested in examples of any other bridges where the same treatment has been applied, if there are any. It seems quite unusual, but it's certainly responsible for a key part of the bridge's beauty. 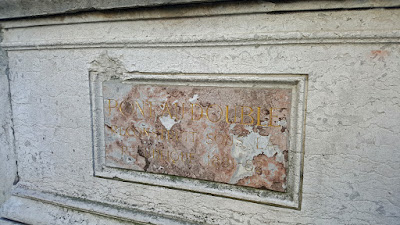 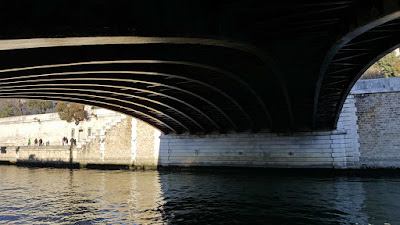 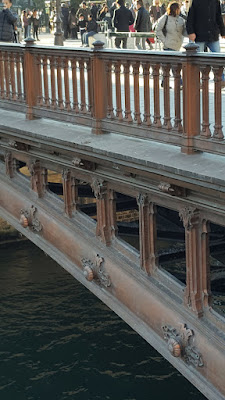 Posted by The Happy Pontist at 8:55 PM