I've remarked in the past how few books there are on the great bridge designers of the 20th century, other than one or two of the earliest decades such as Robert Maillart and Othmar Ammann. Even many bridge design professionals will struggle to name designers comparable with the likes of the nineteenth century's Telford, Stephenson and Brunel.

In the 20th century, the increase in scientific understanding of structural design and consequent specialisation made large projects more and more the province of a broad team rather than a singular man and his support office. This was especially the case where the scale or sensitivity of projects required decision-making to be collective rather than dictatorial.

Of course, it was always the case that the big names were often just those who fronted up the work of a broader team. That's nothing new, although it does sometimes seem as if in the late 20th and early 21st century the only entities that can be credited for a bridge design are the engineering corporation or the architect. Individual engineers, not so much. 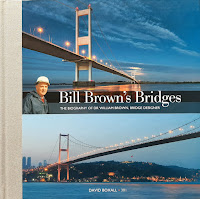 With all that in mind, I was keen to read "Bill Brown's Bridges" by David Boxall (301 Publishing, 2015, 148pp, available from b2.co.uk), a biography of one of Britain's most successful suspension bridge engineers, who worked on the Forth Road Bridge, Severn Bridge, Erskine Bridge, Humber Bridge, two bridges over the Bosphorus straits, and on unbuilt proposals for the Messina Strait Bridge. Brown has been credited with the aerodynamic box girder design for the Severn Bridge, which radically changed the economy and feasibility of major suspension bridges.

Boxall runs a marketing and design agency, but was previously manager of Brown Beech Associates. This book is very much an "official biography", produced with the cooperation of Brown's wife Celia, and its aim is to document and cement the legacy of one of Britain's most successful bridge engineers.

Born in south Wales in 1928, Brown studied engineering at Southampton and then completed a PhD at Imperial College. His family background was technical in that his grandfather and father were both cabinetmakers. On graduating from Imperial in 1951, Brown was fortunate to go straight into employment with the engineer Gilbert Roberts at Freeman Fox. 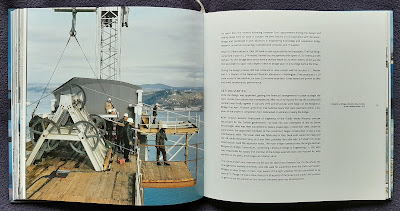 Roberts was one of the top engineers of the day, responsible for the structural design of the Dome of Discovery for the Festival of Britain. He had worked with Sir Ralph Freeman on the design of the Sydney Harbour Bridge (1932), and on a suspension bridge on the Zambia - Zimbabwe border (1939).

Over the course of eighteen years until Roberts retired in 1969, Brown was exposed to progressively more challenging engineering and greater levels of responsibility. By the time he became a partner in the Freeman Fox firm in 1970, he had worked on some truly exceptional projects.

His early years included work on major cranes, and a major steel arch structure, Adomi Bridge in the Ghana (1957). Developments in welding and higher-strength structural steels during the 1950s were to prove essential for what would follow in the 1960s. 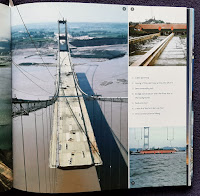 Freeman Fox's design team, led by Gilbert Roberts, were appointed (alongside Mott, Hay and Anderson) to develop designs for both the Forth Road Bridge (1964) and Severn Bridge (1966). These were spans well in excess of the largest suspension bridge recently built in the UK (Tamar Bridge, 1961). It had been two decades since the collapse of the ill-fated Tacoma Narrows bridge, but aerodynamic concerns remained high in engineers' minds.

Both the Severn and Forth bridges were initially designed to be built using the truss decks then seen as the norm. Fortuitously, an accident in wind tunnel testing during design of the Severn bridge led to a model being mostly destroyed. The book recounts that for the replacement model Brown sketched out a very different slender box-girder geometry, that could be built quickly out of plywood and used for the remaining testing. Severn went on to become the first large suspension bridge built using an aerodynamically stable box girder, a major innovation.

What the book doesn't say is that the slender box-girder concept was not new to the Severn crossing: German engineer Fritz Leonhardt had proposed the same idea for the Tagus suspension bridge in 1960, albeit with two separated box girders rather than just one. Indeed, much of the development of welding and stiffened steel plates for bridge construction had been undertaken in Germany.

The book goes big on Brown's role here (and elsewhere) as an innovator, but says nothing about the Severn Bridge's legacy of problems: fatigue in the inclined suspension hangers, issues with the quality of welded plate, and the need for expensive strengthening. Innovation is never without risk, and on this scale, the consequences can be significant. 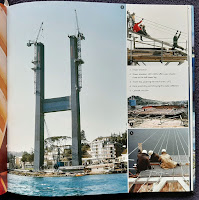 Box girders were also used by Freeman Fox for the nearby Wye Bridge, the Erskine Bridge, and for the West Gate Bridge in Melbourne, Australia. The latter collapsed, killing 35 people, in October 1970, and Brown was amongst the senior Freeman Fox staff summoned to testify at the subsequent inquiry in Australia. Boxall records partner Dr Oleg Kerensky's view that the collapse was the fault of the contractors, and that the design had been sound. This is misleading: Freeman Fox's design calculations and site supervision were condemned as completely inadequate by the inquiry.

At the time the West Gate Bridge collapsed, Freeman Fox had already been working on plans for a new suspension bridge across the Bosphorus for three years. This adopted both the aerofoil deck from the Severn Bridge, and also the triangulated layout for the suspension hangers, an idea which had seen little if any use elsewhere.

Completed in 1973, the first Bosphorus Bridge was the longest span outside the USA at the time it was built, and is quite possibly Roberts and Brown's finest achievement. Freeman Fox took on significant overall responsibility for guiding and supervising the project, not just its design, and Brown relocated to Istanbul for most of the construction phase. 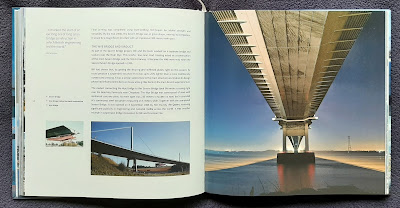 By the time of the even longer Second Bosphorus Bridge (1988), Brown had left Freeman Fox and set up his own firm, Brown Beech Associates (in a huff, to paraphrase the book's account). His role this time was as the client's technical advisor, rather than as designer. This bridge adopted conventional vertical hangers, unlike the triangulated ones used on Severn and the previous Bosphorus span, and a few years later the latter bridge had its hangers replaced with vertical cables as well.

In his later years, Brown worked as a consultant on a number of structures, including the Messina Strait Bridge and the Storebaelt East Bridge, both developing concept design proposals and advising on more specific issues such as cable-spinning techniques. He passed away aged 76, in 2005. The book includes a gallery of images of nine key structures that he worked on, and they truly are an incredible CV.

I think it's fair to say that this official biography is a partial account - broader and more balanced accounts of the development of twentieth century suspension bridges are available elsewhere. However, the book is well written, well illustrated and well presented. There are dozens of great photographs of some truly epic bridges, and it's great to see a twentieth-century British bridge engineer recognised in this way. 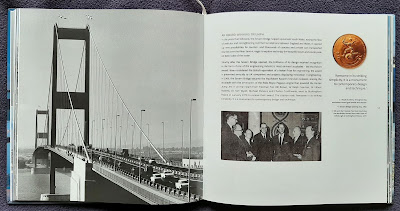 Posted by The Happy Pontist at 8:22 PM

I believe the same design team were also responsible for the design of the Milford Haven (Cleddau) bridge, which collapsed during construction killing 4 people, and the Avonmouth Viaduct which required extensive strengthening during construction (after the other box girder bridge collapses).
The following account gives the personal view of the site manager for the Avonmouth Bridge contractor. He was not alone in holding views of this nature.
https://www.newcivilengineer.com/archive/bill-brown-a-different-view-03-06-2008/