This is the third of three flood-damaged bridges that I visited on the River Dee in Aberdeenshire during August 2016.

When I visited in 2012, the bridge was derelict and had been so for some time. At the time, I said:


I’d be astonished if the deck is still there in ten year’s time, so if, like me, you have a soft spot for derelict bridges, I suggest you visit it while you still can.

That opportunity is now gone, as the bridge collapsed during the Christmas 2015 floods.

A video on YouTube makes clear why the bridge collapsed: the entire southern bank of the river was extensively scoured away by the flood (compare my 2012 photos to see quite how much has gone).


Survival of the adjacent Abergeldie Castle was clearly a far greater concern than the bridge. The bridge's southern tower and anchorages were simply swept away along with the rest of the river bank - you can still see a remnant of the main suspension cable anchors in one of my photographs.

This video shows some of the river bank protection works in progress during January 2016, as well as the remnants of the bridge;


It's a huge shame that this bridge has gone - it was of an unusual type with two suspension cables on each side, one above the other. I'm not sure how many other 4-cable suspension bridges there now are in the UK, if any.

The Abergeldie Castle bridge was originally built by Blaikie Brothers on the instructions of Queen Victoria, at roughly the same time as she authorised them to improve the Crathie bridge discussed in my previous post. A contemporary article on the building of the Abergeldie bridge can be found in The Engineer, 7th August 1885 (page 103), and I reproduce here the accompanying bridge plans: 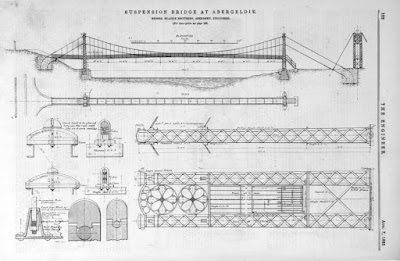 While preparing this blog post, I also found a photograph of the 'bridge' which predated the suspension bridge. This was a cableway structure, used to transport mostly goods and the occasional person. It's what would nowadays be called a "bucket bridge", and there are precious few of these still in use (possibly just two in Scotland): 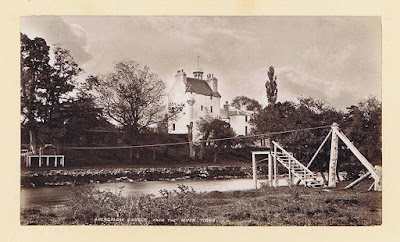 It was unfortunate that the local planning authority took no enforcement action on Abergeldie Castle bridge's owner to preserve the structure over a number of years as it was gradually allowed to deteriorate, but nothing could have saved it from the 2015 storm.

Anyway, here are some pictures of what remains of the Abergeldie Castle bridge. The bridge pylon from the south bank was swept downstream but remained attached to the north pier, so that almost all of the bridge's wreckage now rests on the north bank. 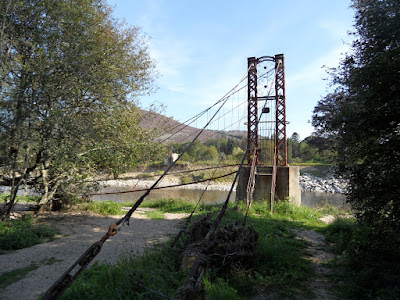 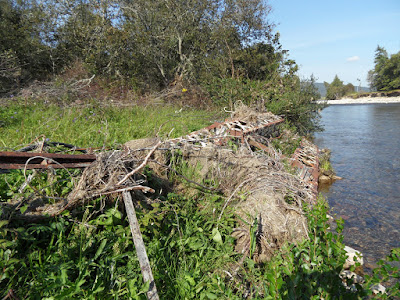 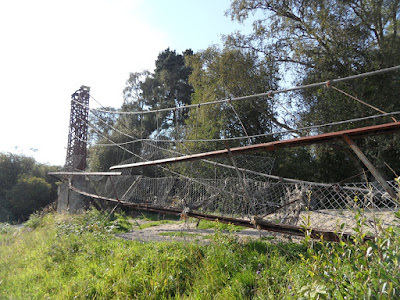 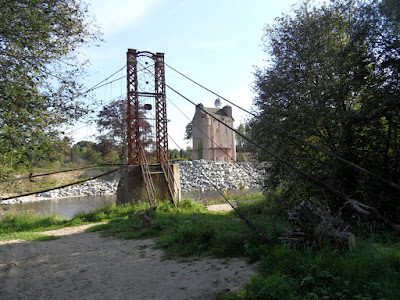 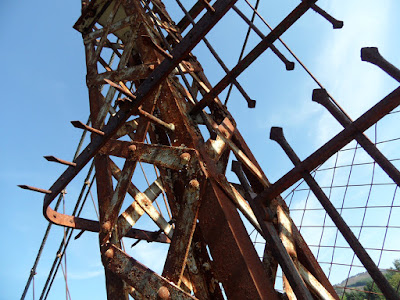 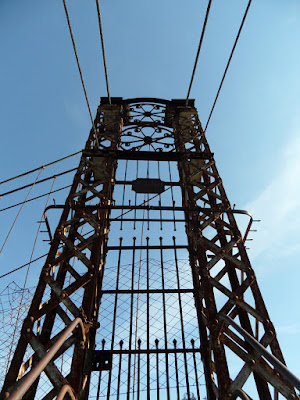 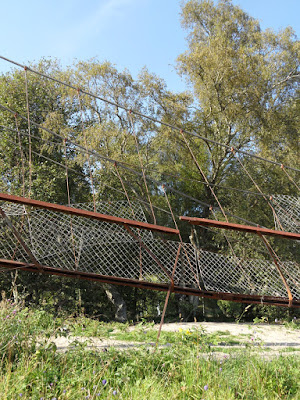 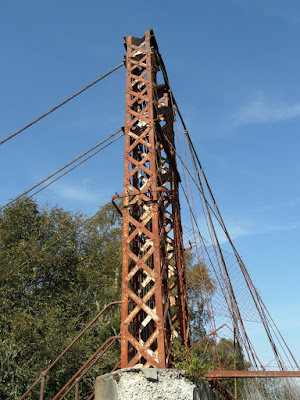 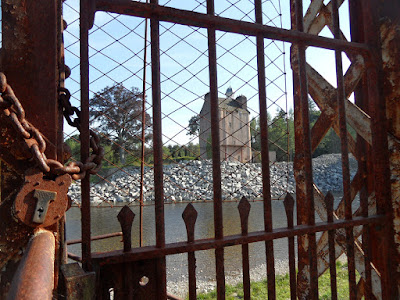 Posted by The Happy Pontist at 6:52 PM