This is the second of three damaged bridges that I visited on the River Dee in Scotland during August 2016.

Built in 1834 and modified in the 1880s, this is a remarkable and highly unusual bridge, with a bizarre set of hybrid structural supports both above and below the bridge deck. When I visited in 2012, it was in great condition.

Following the Christmas 2015 floods, the bridge has been declared unsafe and closed to users. 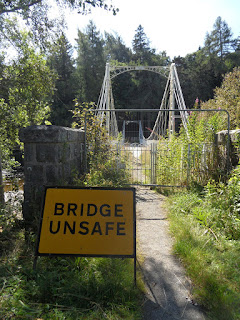 It doesn't appear that the bridge has suffered much damage. There is no change to the tie-back rods from what I saw in 2012. 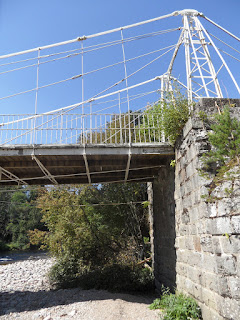 One of the deck edge rods is loose, but this is not new. 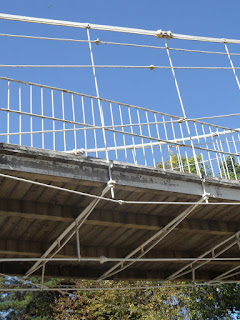 The only significant damage I observed was where one of the deck edge rods is broken. This should be straightforward to repair.

I'd hope this bridge can be repaired and reopened without too much further delay, but as with the bridge at Cambus O'May, it doesn't provide any vital access, so it won't be a priority for the local authority. 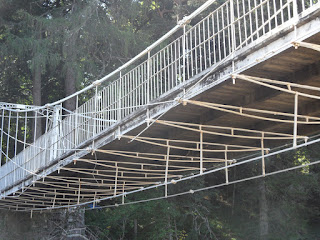 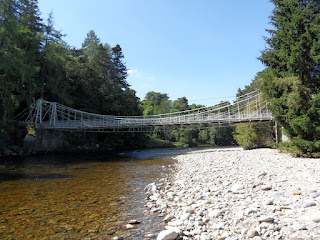 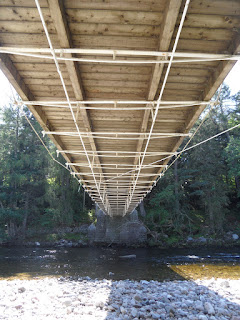 Posted by The Happy Pontist at 9:59 PM