On the third and final day of our Scottish bridge trip, we drove south from Braemar. We only planned to visit four bridges, but they included some of the best of the whole trip.

Our first stop was for a little footbridge spanning 18.9m over the River Isla at Kirkton of Glenisla. This was built in 1824 by John Justice Jr, whose work we had met the previous day at Crathie Suspension Bridge. The Justice family were blacksmiths, and everything about their bridge work was informed by that background. 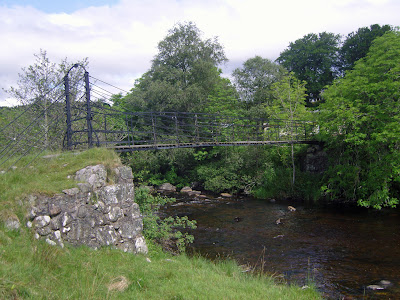 It's hard to overstate the historical significance of this bridge. You won't find it mentioned in the normal books on bridge engineering history, but it is almost certainly the oldest unaltered reasonably pure cable-stayed bridge in Britain, and I think it might possibly be the oldest surviving example anywhere.

It was Listed Category B in 1971 (it's also an Ancient Monument), with the following brief description:

That's both mildly inaccurate and utterly inadequate - I'll boldly suggest this is one of the most important historic bridges in the UK. Earlier bridges with stays had been built in Scotland from 1816-17 at Galashiels, Dryburgh and King's Meadows, but none survived for long. They were well-reported by Robert Stevenson in his 1821 article Description of Bridges of Suspension, so may well have been known to Justice.

In form, it is a twin-pylon single-span cable-stayed bridge. Three rod stays anchor each pylon leg to ground (varying in diameter from 11/16" to 7/8"), and four rod stays, each 9/16" in diameter, connect the main span to each pylon leg. Two of the span stays meet at midspan on each side of the bridge. There are several great diagrams at the RCAHMS website, but this one is perhaps clearest.

The stays provide the main structural support, but not the only one. Some of the rods in the bridge balustrades sag downwards, a little like suspension cables, and are anchored to the pylons in a manner which suggests they also help hold up the bridge. The sag is extremely shallow so it's hard to believe they contribute much.

The deck itself is astonishingly slender. There are two iron edge members below the timber decking, each a simple flat bar, and flat bar cross-members connect these at intervals matching the stay connections and parapet posts. The main edge members seem to serve the main function of providing the stays with a tension tie to react against. It's no great surprise to see that the deck has deformed over time and taken up a slightly twisted profile.

Much of the pleasure of seeing this bridge comes from realising quite how startlingly skeletal its structure is. However, as much pleasure comes from the myriad of small details, such as the way the stays are variously bolted through the pylons as well as connected to clamps passing around them. They give the clear impression that this was an entirely experimental bridge, with additional elements added one-by-one until the builder was satisfied it would not fall.

The parapets give the same impression, with a jumbled assortment of bars and flats thrown together around the main support elements.

The bridge forms part of the 64-mile Cateran Trail, a walking route which is named for cattle thieves who once roamed the area. The reason for construction of the bridge itself is now unknown. 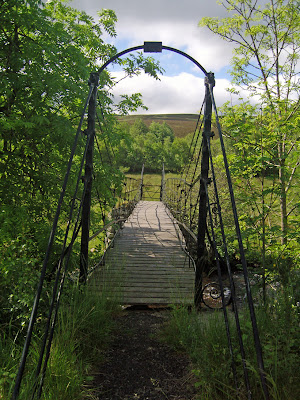 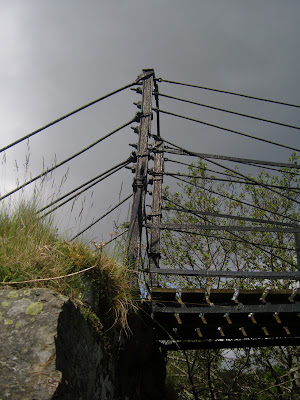 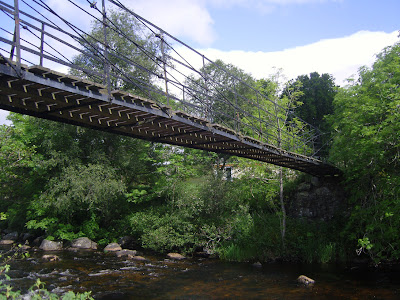 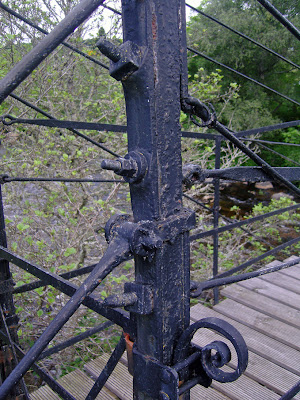 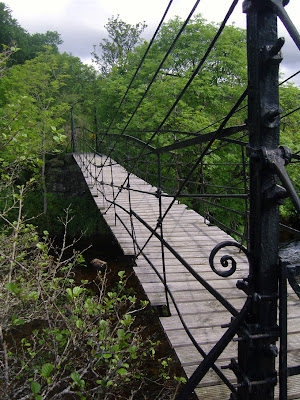 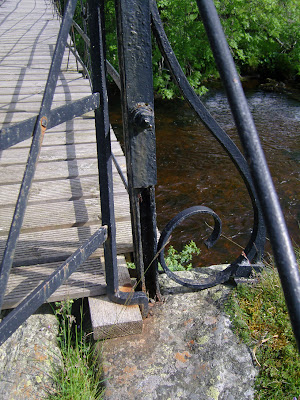 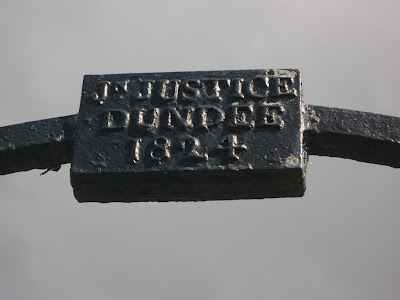 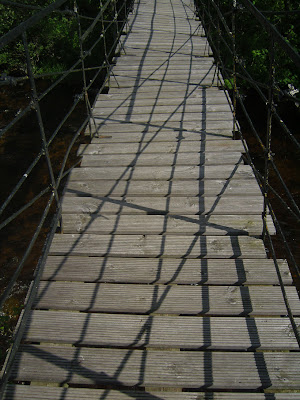 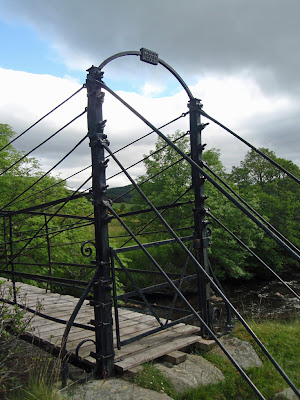 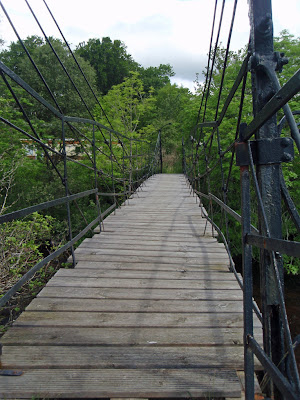