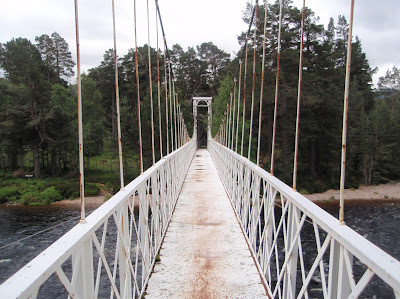 Continuing further westwards, the next span across the River Dee is yet another metal suspension footbridge, to be added to those at Cambus O’May, Polhollick, and Crathie which I’ve already discussed. I don't think there can be another river in Britain with a collection as good over a similar distance.

This bridge provides foot access from the main road, the A93, across the to the private Balmoral Estate. Accordingly, it is a private bridge and we weren’t able to set foot upon it (there’s a locked gate at the north end). As with the bridges at Cambus O'May (1905) and Polhollick (1892), it was built by James Abernethy & Co., in this case in 1924. It goes by many names - in addition to the one I've used, it's also referred to as the Invercauld Suspension Bridge, and as the Ballochbuie Bridge.

It spans 54.6m, and is Listed Category B. Essentially, it's a replica of the Polhollick Bridge built three decades previously, complete with crenellated pylon caps. Unlike its predecessor, the deck is stabilised by lateral stays which tie it back to the river bank. 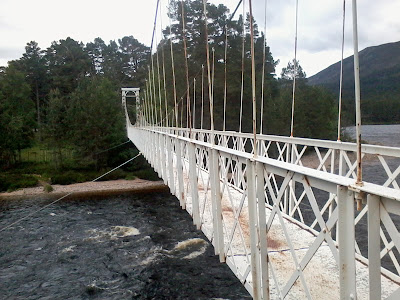 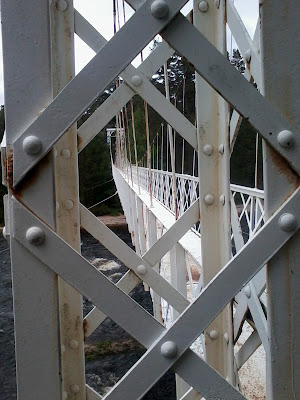 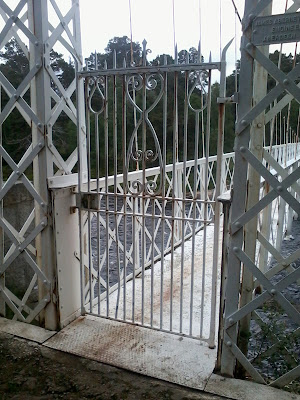 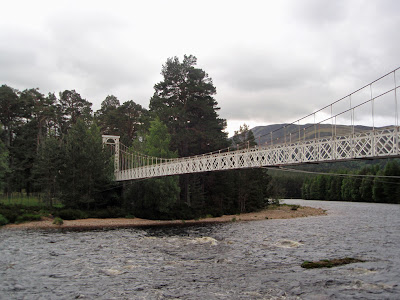 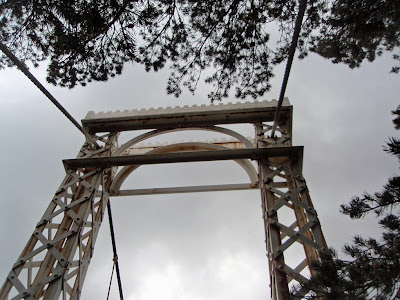 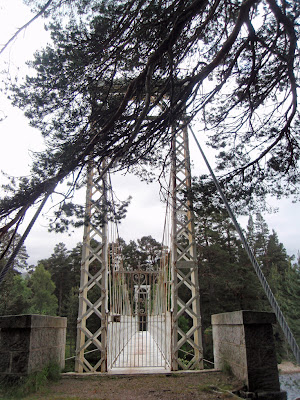