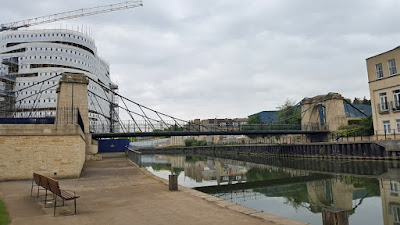 This is the second of three interesting bridges that I visited in Bath. As with Pulteney Bridge, the Victoria Bridge is also very much a heritage site, the oldest surviving bridge by brewer-turned-bridge-builder James Dredge, and a highly unusual design.

I've previously visited the Dredge bridge in Inverness, which is a shadow of its original self, and would like to re-visit the Bridge of Oich some time so I can present it here. Dredge's designs were and are unique, according to his patented "taper principle", whereby links in the supporting chains are progressively diverted downwards to pick up the deck, so that the force and capacity of the main chains both diminish with distance from the supporting towers. In this respect, it more closely resembles a cable-stayed bridge than a suspension bridge.

When I briefly mentioned Victoria Bridge in 2012, the bridge was scheduled for substantial repair and refurbishment work, on account of its poor condition. Many of the bridge's metal elements were cracked or at risk of fatigue damage, and it was both prone to vibration and at risk of damage if subjected to severe crowd loading.

Since then, the refurbishment project has been completed, and I think all involved can be congratulated. However, the works are not without a degree of significant loss, and the line between restoration and vandalism is a fine one in this case.

You can read more about the project in two thorough and informative reports by the restoration engineers, AECOM (see Further Reading for links, below). As part of the works, a thorough evaluation of the bridge's history was undertaken by local engineer Alf Perry (who sadly died in late 2016), although I believe this is so far unpublished.

The structural changes both improve the bridge's strength and also reduce unacceptable vibrations, and may be justified in terms of providing a structure with greater longevity.

The deck edge stringers are connected with fishplates, which appear riveted from the outside, but which are actually connected with dome-headed tension control bolts, often used in refurbishment work to give the appearance of rivets. I'm not sure this is justified in this instance for visual reasons, but it's a perfectly acceptable engineering solution.

Large parts of the main bridge chains have been retained, but large parts have been replaced in steel. The detail at the lower ends of the inclined chain hangers is unfortunate, with the flats of the hanger links welded onto threaded rods, and some very modern turnbuckles used on the back-tie elements. Perhaps these were unavoidable, but I thought they looked inappropriate.

By far the most significant alteration to the bridge is that the hanger pattern has been substantially changed, as can be seen by looking at any images of the bridge from before its refurbishment. As built, the structure had an arrangement which had not survived on any other Dredge bridges. Where the hangers diverge from the main chain, at each chain node there were two hangers connecting to two separate deck nodes, creating a series of triangles. On later Dredge bridges, the twin hangers connected to the same deck nodes, creating a series of parallelograms. The reconstructed bridge now adopts the later Dredge design.

I don't know how contentious this change was when design proposals were presented to the local authority and to English Heritage. The engineering justification is straightforward: the original arrangement led to alternating compression and tension in each hanger, resulting in slack hangers and significant stress ranges in the metalwork, which presumably contributed over time to significant fatigue damage. In the new arrangement, nearly all the hangers remain in tension under all loads, greatly reducing the risk of further damage, and also introducing redundancy at each deck node (now supported by two hangers rather than one). However, it seems an enormous shame to have eliminated the bridge's one most unique feature.

The updated bridge now incorporates lighting in the parapet handrail (on one edge only), and seems likely to be well-set for a considerably extended lifespan.

I was able to perceive vibration in the bridge deck, but not at an unacceptable level. Pleasingly, the low headroom at the north end of the bridge over the river towpath has been tolerated without the addition of bumble-bee markings, although the transverse ties are at a level which could easily be struck by taller pedestrians.

Notwithstanding various misgivings, the refurbishment of Victoria Bridge is an impressive accomplishment, and one that those involved should be very proud of. 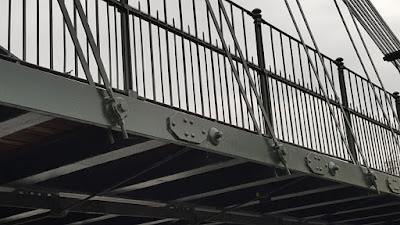 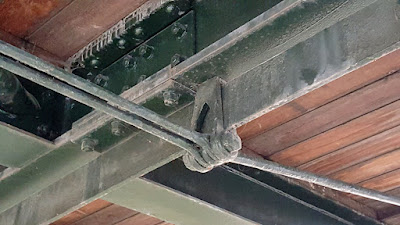 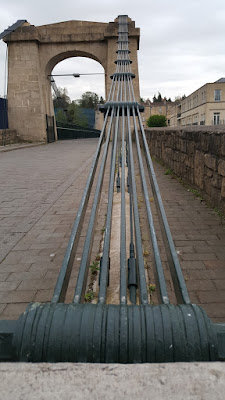 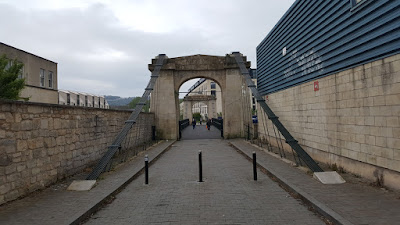 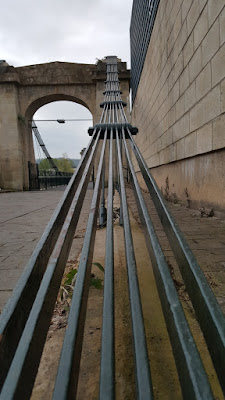 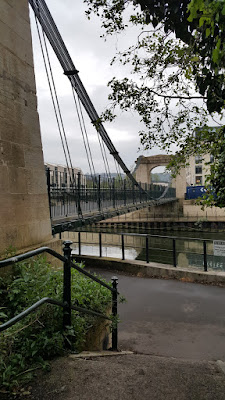 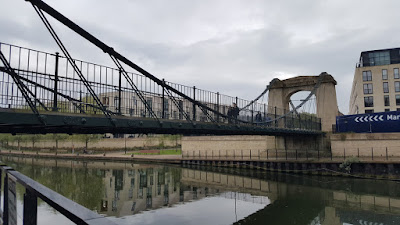 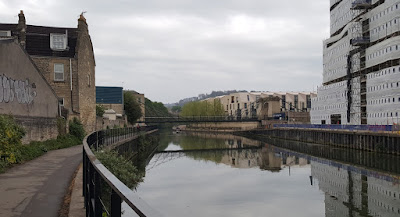 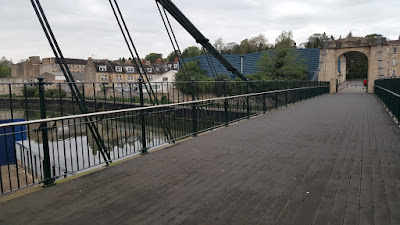 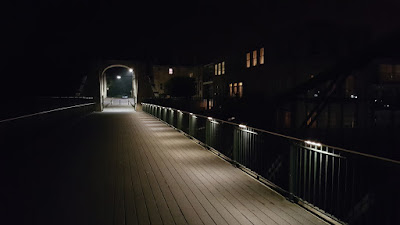 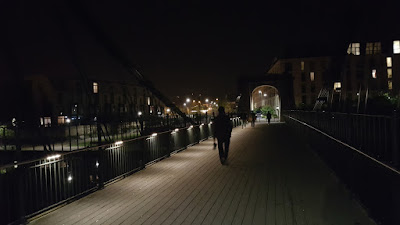