The curious case of the copycat coils

When Santiago Calatrava's Peace Bridge design was revealed last summer, it was hailed as a radical departure for the maestro of bone-white structural flamboyance: a truss, no less, and a red one at that.

Of course, its helical truss design was ambitious but by no means unique, and I've covered a couple of similar designs here before. But I had perhaps underestimated quite how many there were, so I'm taking this opportunity to put that right.

I'm not seriously suggesting that any of these designs are direct copies of any other bridge (with the obvious exception of the twin Happold bridges), but it is interesting to see just how this typology, has appeared, spread, and extended its ambition with ever greater spans.

I've put them in reverse chronological order. Click on any image for a larger version. 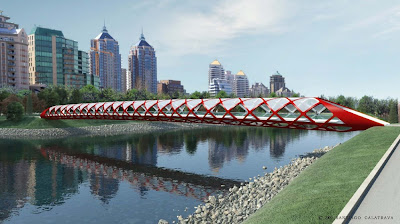 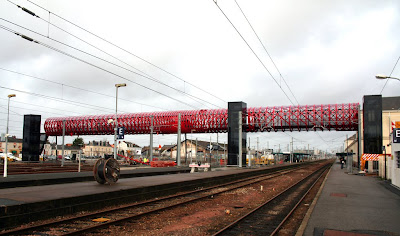 Opening February 2010. Designed by HDA Paris (architect & engineer) / Bernard Tschumi (architect). 70m long but I don't know the span. Lots of great pictures on flickr; also see Morphocode, Archdaily (especially the discussion), a photo of the previous bridge on this site, and HDA's Complexitys blog. This one deserves its own post, really, it's by far the best design of any shown here! 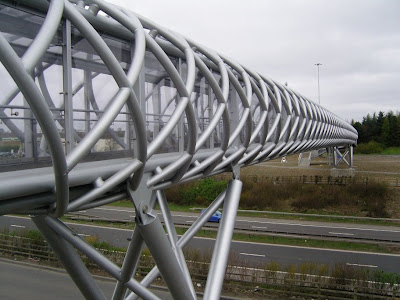 Opened October 2008. Designed by Buro Happold. Spans 70m. More details from when I visited it. 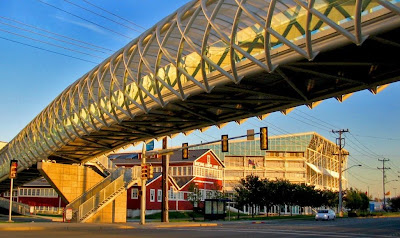 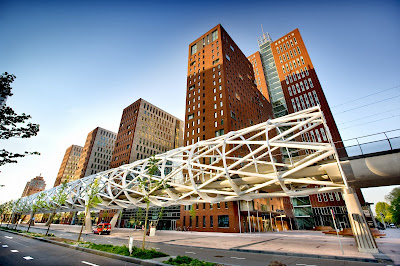 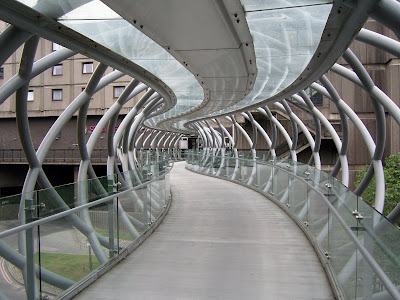 There is another one in the outskirts of Madrid with rather modest spans (13-35-35-13) but the pier detail, in my oppinion is better solved.

For such a rapidly spreading typology, I'm really not that great a fan. There is something basically unlovable about the way the truss terminations are dealt with - the abrupt end only enhances the 'tube-of-smarties' appearance.

I can appreciate the novelty, and like the inspiration but there are surely more aesthetically pleasing and efficient ways to build a bridge...

The awkward end terminations were something I particularly noted when I visited the two Happold bridges (see previous blog posts): it works well enough in Edinburgh where the bridge gives the appearance of connecting into building faces (although in fact one end abuts a balcony, and the other is terminated before the building face); it doesn't look so good at Harthill where it's out in the open.

Calatrava's design makes a better stab at it, but still has the basic problem of a visually constant-height structure subject to varying bending moment - the viewer expects to see some kind of arching or other means of height variation, I think.

The tapering ends are indeed an improvement - though the low-permeability of the bridge says 'beam', rather than 'truss', at which point my engineering sense is offended by the Shear Force Diagram implications!

Great blog by the way, it's been one of my regular reads for a year or so - keep up the good work!

On an only tangentially related note, there's an interesting document on bridge aesthetics created by a government departement no less (NSW) here: http://www.rta.nsw.gov.au/constructionmaintenance/downloads/urbandesign/rta_bridges_final_1.pdf

The one in The Hague (the Netherlands) is nicknamed 'fishnet stocking'. Another Randstad Rail station, with a similar design, is planned to open in 2012; see pictures: http://www.denhaagnieuwcentraal.nl/typo3temp/pics/56a4d34ef6.jpg
and
http://fast.mediamatic.nl/f/jplt/image/2181-500-375.jpg