There are a surprising number of books devoted just to the subject of pedestrian bridges. I've previously reviewed Footbridges and The World of Footbridges, as well as the design guide Pedestrian Bridges. 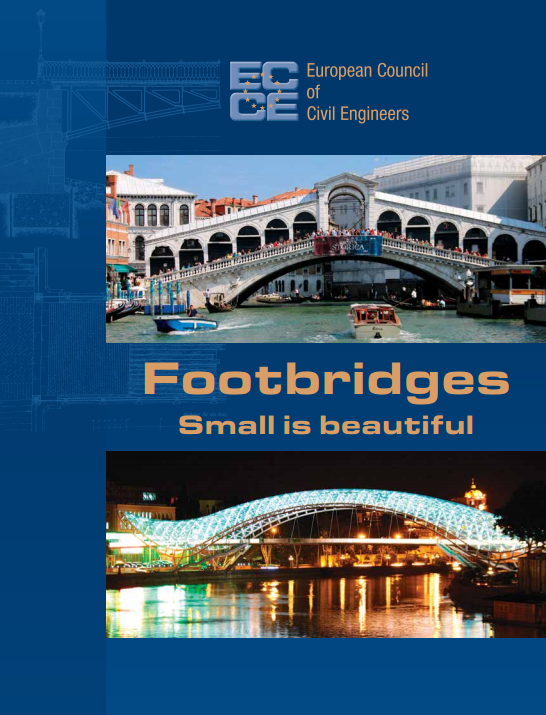 "Footbridges: Small is Beautiful" (ECCE, 414pp, 2014) is a valuable addition to this particular bookshelf. It has been produced by the European Council of Civil Engineers, an umbrella body for various national groups such as the UK's Institution of Civil Engineers. It surveys nearly 200 pedestrian bridges, with over 600 photographs, covering most of Europe as well as a bonus selection from Japan.

The bridges are both ancient and modern and have been chosen for their technical, architectural or historic interest. The book is selective rather than comprehensive: for example, the eleven footbridges from the UK represent only a fraction of this country's excellent bridge heritage. Some countries are under-represented (such as Ireland, with only a single bridge included), while others are conspicuous by their absence, such as Belgium, the Netherlands, and all of Scandinavia. None of that matters given how much other interesting material the book includes.

Each chapter has a different author, and the book has been compiled rather than edited in the proper sense. Either the various writers were given different briefs, or they have disregarded them. The result is a book which is uneven in terms of depth of detail, reasons for selection of bridges, and also stylistically. Examples include the Czech Republic's chapter, which might lead the unsuspecting reader to believe that the only designer working in the country is Jiří Stráský, and article lengths which vary from the epic to the abbreviated. 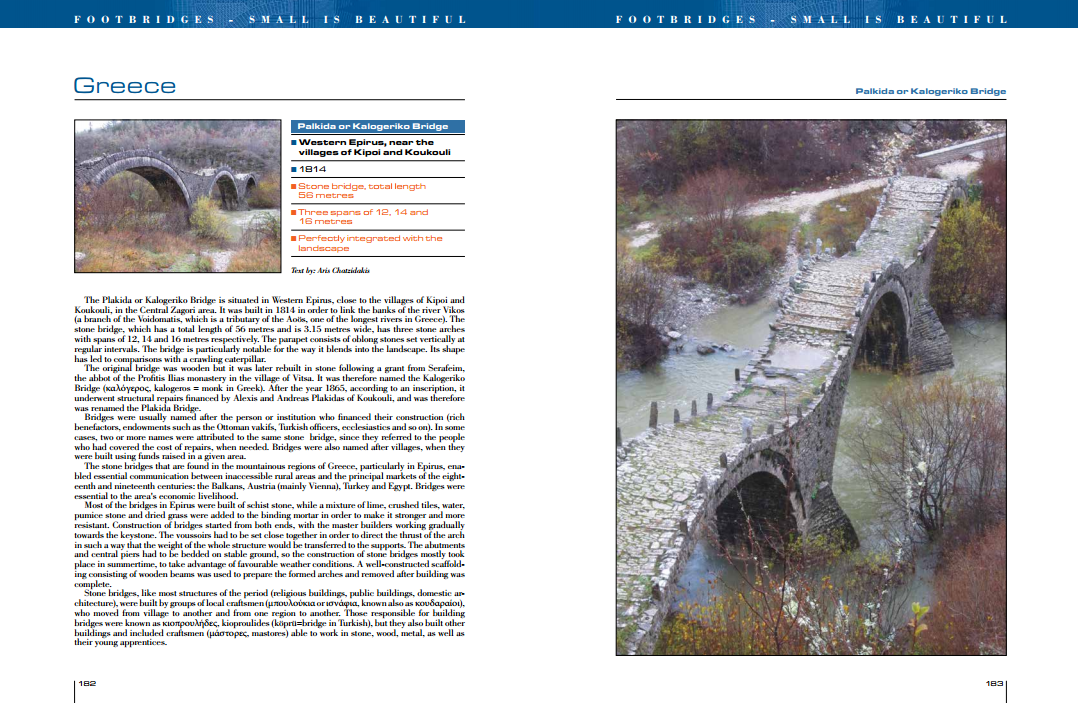 Nonetheless, I found it a hugely impressive and enjoyable book. There are numerous high quality photographs, some reproduced over single and double-page spreads, and colour on every page. To get a book of this size and quality for only €29.90 (plus shipping costs) is quite amazing (order direct from ECCE).

The book opens with a lengthy chapter on the history of bridge structures, by the editor Gorazd Humar. This is useful, informative and well-illustrated. It's also idiosyncratic, with a quantity of material on Venetian bridges that goes well beyond their actual historical significance, and not one but several sections on the development of hinges in bridge structures. 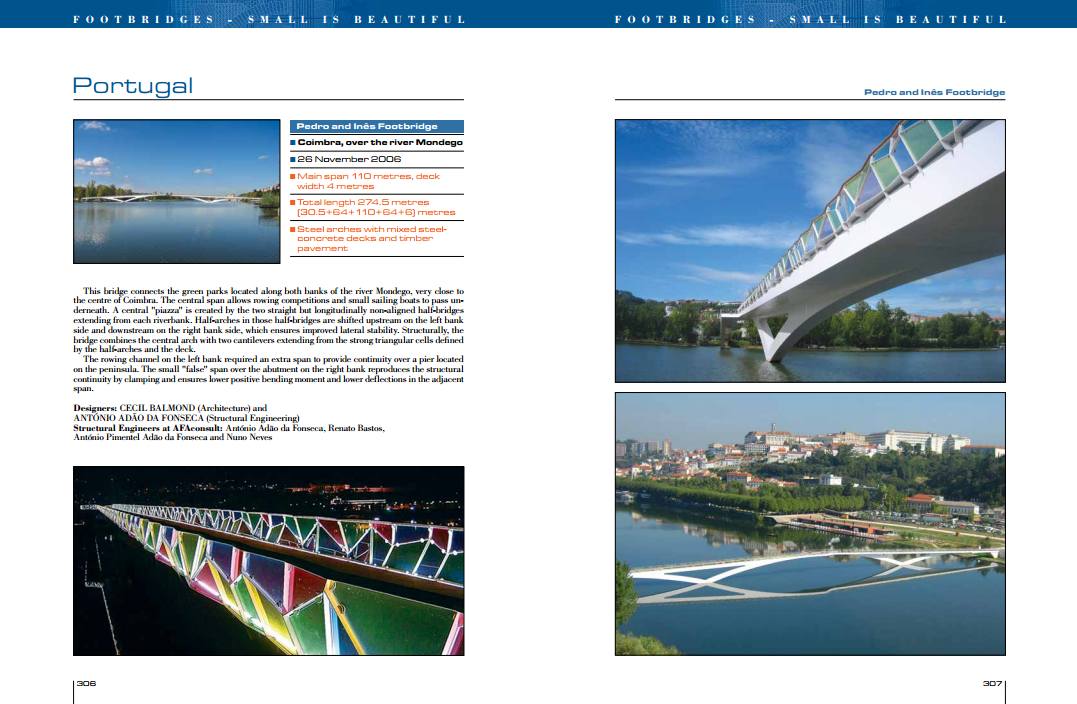 The body of the book covers some 24 countries, and some truly fantastic bridges. There are some duds, but they are distinctly in the minority. Many of the photos are of exceptional quality, and really made me want to add a few new destinations to my future travel plans. Any pontist will find dozens of bridges which are new to them. The accompanying texts are for the most part aimed at the general reader, rather than at engineers or other specialists, although to be honest the book is well worth getting just for the photographs even if you don't have time to read the text.
Posted by The Happy Pontist at 9:04 PM