We followed the River Tyne westwards, visiting each of its bridges in sequence. 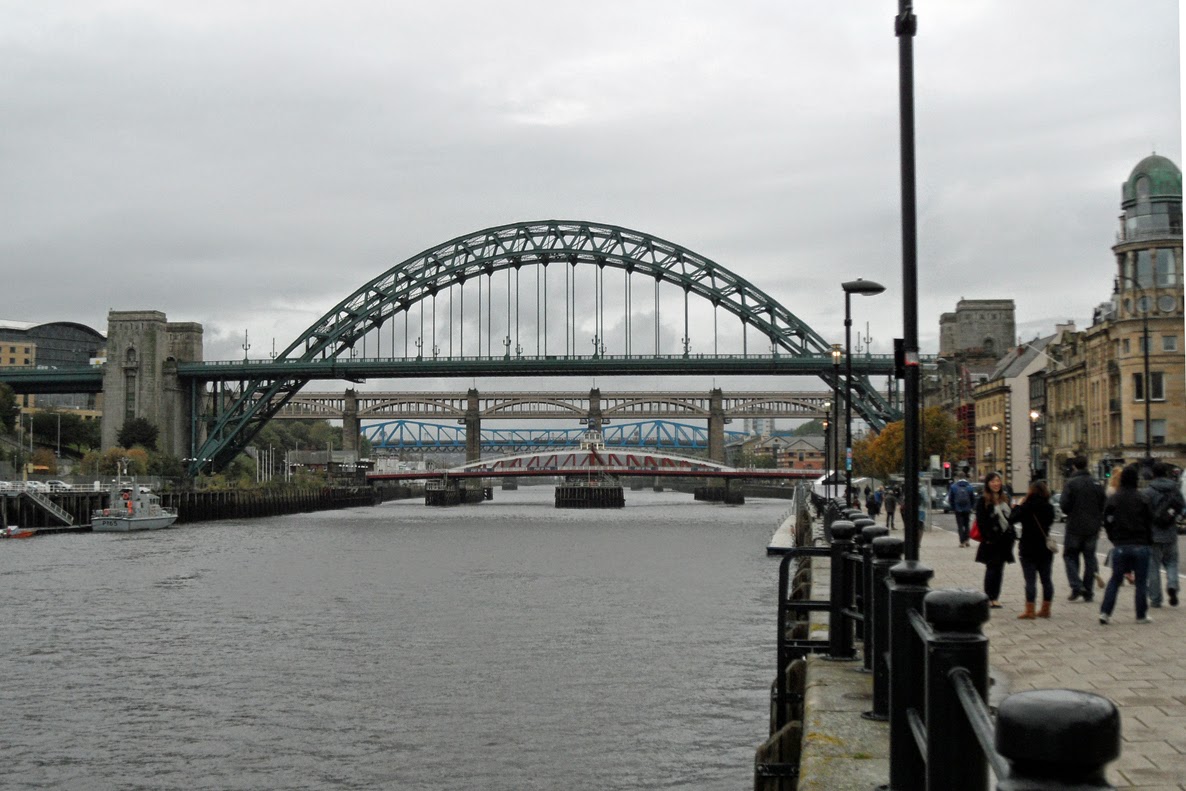 After the Gateshead Millennium Bridge, we travelled back in time over seven decades, to the Tyne Bridge, completed in 1928. This was only the latest in a series of bridges, dating back nearly two millennia to when the Romans first built a bridge here. 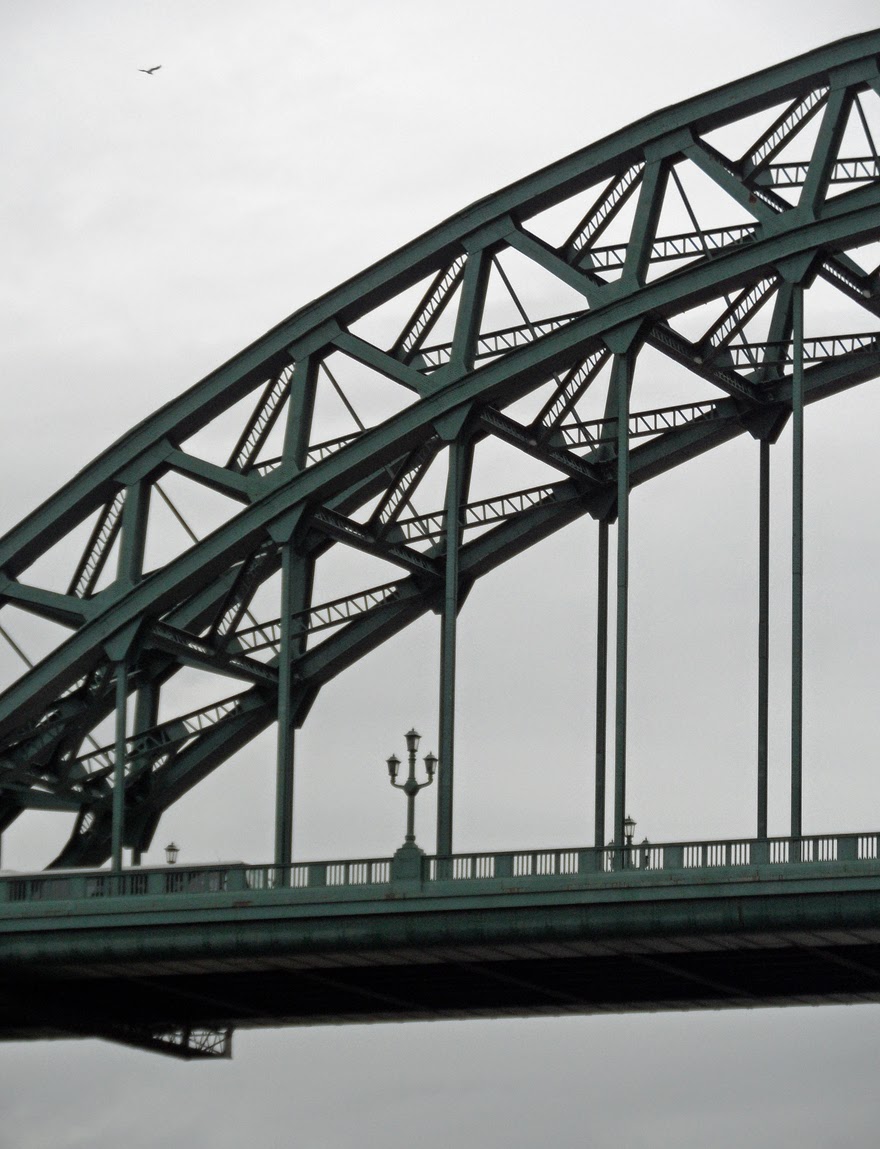 Designed by Mott, Hay and Anderson, the Tyne Bridge (1925-1928) was widely compared to the nearly contemporaneous but much larger Sydney Harbour Bridge (1923-1932). Both bridges were built by Dorman Long and Co., and the French engineer Georges Imbault was involved in both cases (Imbault also designed the Middlesbrough Transporter Bridge, which we had visited a day before). A further common factor was the presence of Ralph Freeman, consultant to Dorman Long, who took the lead design role on the Sydney bridge. 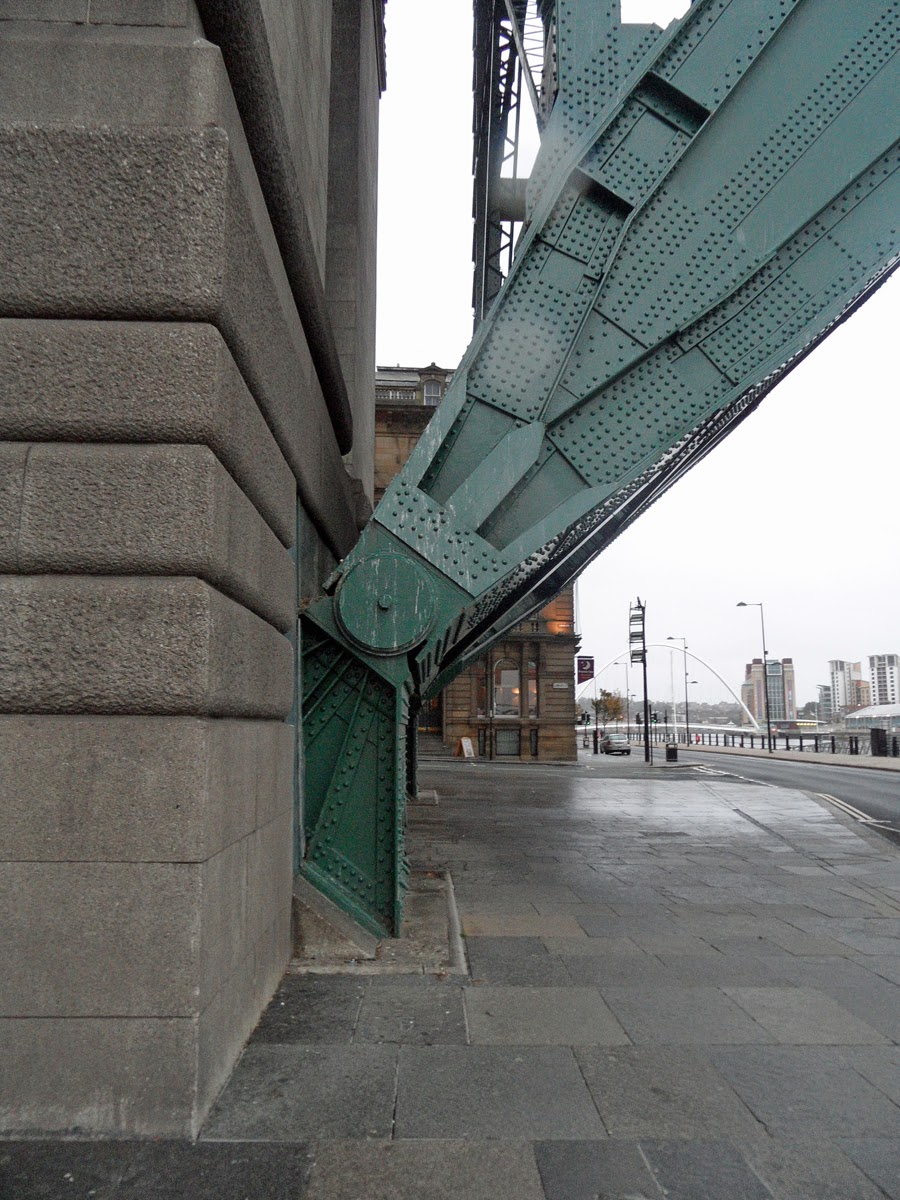 The Tyne Bridge appears structurally more rational than its Sydney contemporary. Both bridges are trussed steel arches, from which a road deck is suspended. Both bridges feature prominent but structurally redundant towers above their arch springings. However, the Tyne Bridge is in the form of a proper two-pinned arch, with its steelwork converging on massive hinges at either end. The Sydney bridge is essentially a copy of Gustav Lindenthal's Hell Gate Bridge (1916), with tall trusses at each end to give the impression that the towers are more than architectural book-ends. 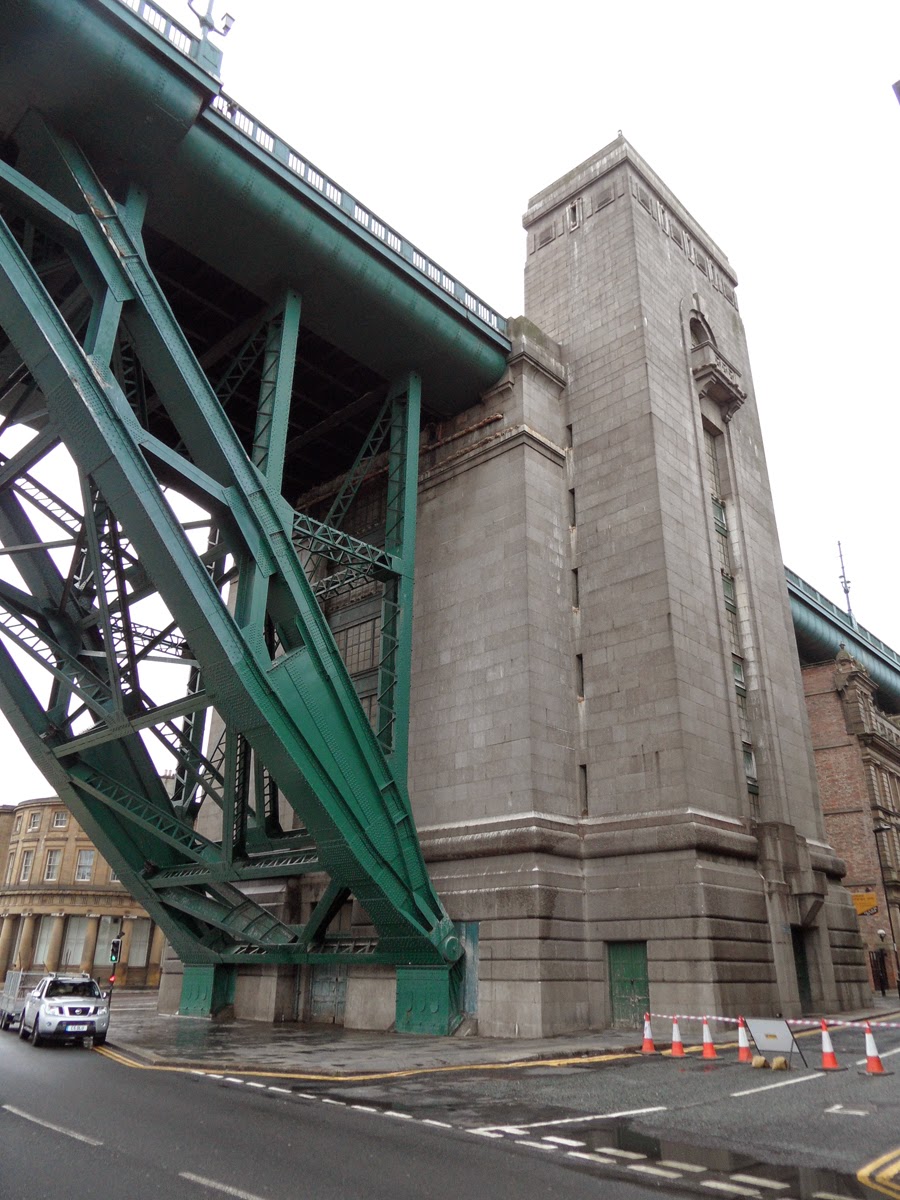 The towers for the Tyne Bridge were originally intended to serve both as warehouse space, and also to house lifts providing access from the riverside to deck level. However, the warehouse floors were never installed, and the lifts have long since fallen out of use. It would be interesting to see whether they could be brought back into use to serve a fresh purpose today. 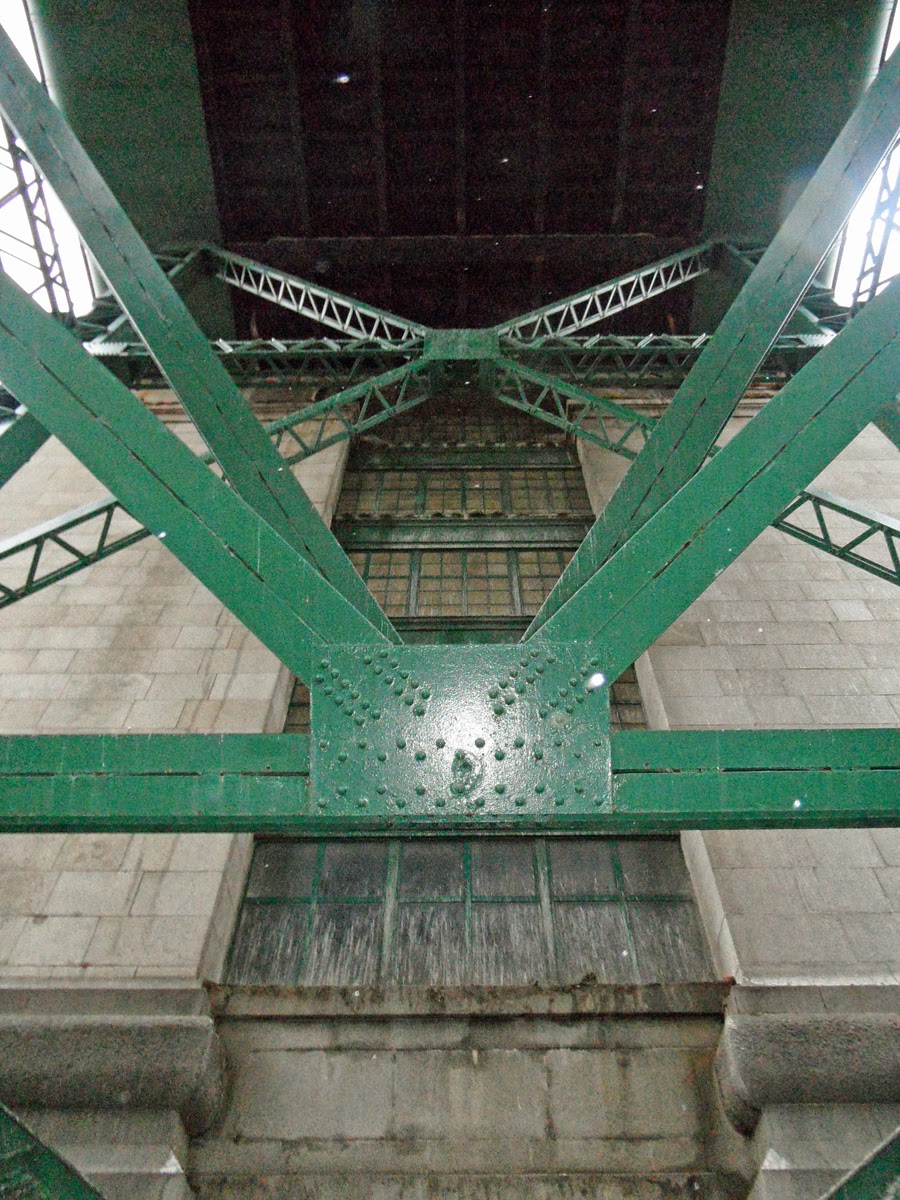 The arch was built by cantilevering from each side, with the steelwork restrained by an array of temporary cables. McFetrich reports that some of the cables were later re-used for the same purpose on the Sydney Harbour Bridge. The expense of temporary works involved in this form of construction is why such bridges are only rarely built today: it is far cheaper to build a cable-stayed bridge and to incorporate the stay cables directly into the permanent works. It's therefore interesting to imagine how different Newcastle and Gateshead would look if the Tyne Bridge were to be proposed afresh today. 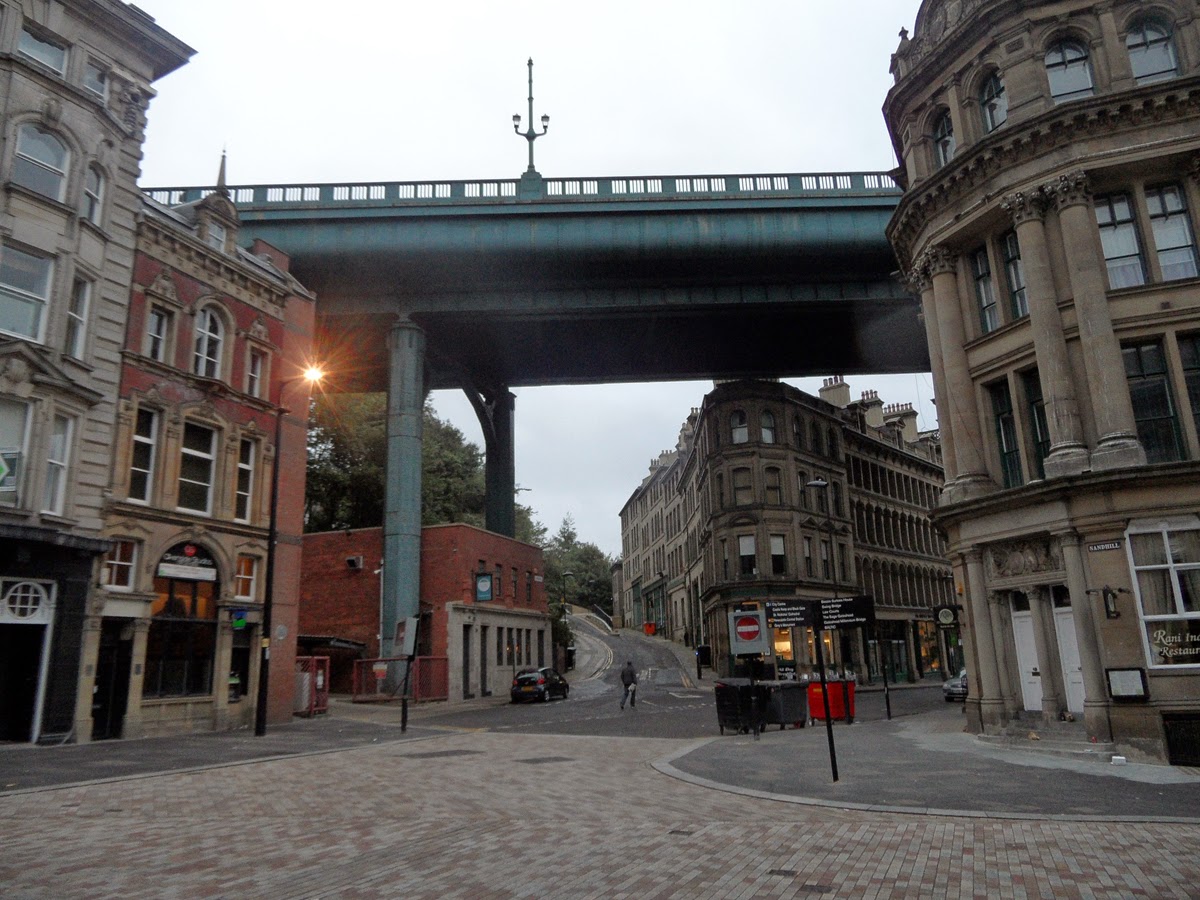 For me, the most interesting element of the Tyne Bridge is not its massive main span, but the approach viaducts, particularly on the Newcastle side of the river. These thread their way across historic city streets and between buildings. On large city-centre bridges like this, the approaches are generally the cause of the greatest disruption and destruction when the bridge is built, and they can come to dominate a cityscape in quite an unpleasant way. The approaches to the Tyne Bridge seem to me to fit very well with the scale of the surrounding buildings, and to fit well in that context.