Now, it's time for a modern classic. 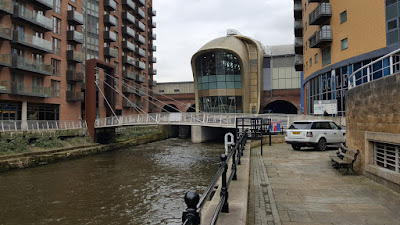 I've called this bridge Granary Wharf Footbridge, due to its proximity to Granary Wharf in Leeds, but it could just as easily be called Waterman's Bridge, as it carries Waterman's Place across the River Aire just next to Leeds Railway Station. 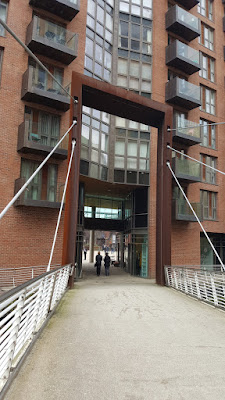 In discussion with another bridge designer about bad bridge design, my collocutor considered this to be an essentially honest bridge - clear in how it works and what it does. It is a cable stayed footbridge, with cables on one side of the support tower only, and the tower is therefore immensely stiff and robust, so as to resist the one-sided loading. 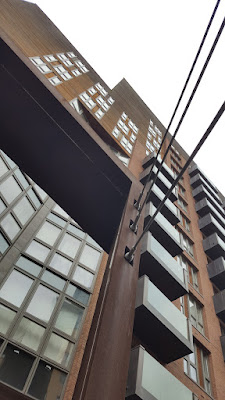 It can be seen that the weathering steel support tower is immediately adjacent to a building, and so it could be argued that the designer had little choice, unless they wanted the bridge to rely on the building for support.

I can see the honesty, but this is nonetheless an execrable bridge design. The cables, and the tower are unnecessary: the span is 34m, and several alternative structural forms would have been suitable. The detailing is well done, but the concept is shamelessly crude. 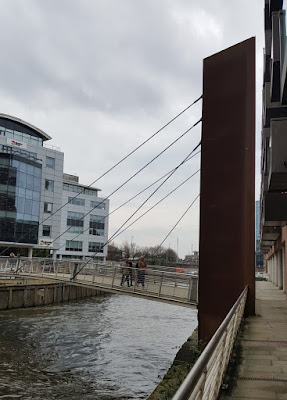 The culprits? I don't know if an architect was involved, but the engineer was Ramboll, and the bridge was fabricated by SH Structures.

Have to say that I am relieved that we agree on this one. If we didn't, I would have to bow to your better judgement I think.

There is a much smaller, much less defensible, one in Bristol too.

I think CZWG Architects may have been involved, to what degree I don't know.