I'm presenting bridges heading south-east along Klara Sjö in Stockholm, a water channel which separates the island of Kungsholmen from the Norrmalm district.

Klarabergsviadukten is a lengthy viaduct which carries a highway across another road, Vasagatan; a series of railway tracks; and over the waterway. The span over Klara Sjö is the longest, at 41m. The section above the railway is a steel structure, while the other parts are reinforced concrete.

Built in 1961, it was apparently originally proposed as part of a major highway which was never built, with plans eventually cancelled in 1974. However, it still forms part of a key traffic route today.

I found this to be a very attractive bridge, largely due to its lightly curved portal-frame shaping, which puts it a cut above the cheaper and more straightforward designs that predominate today. The way the pier legs extend into very lightly ribbed elements just projecting below the main structure is well done, and I admire the honest finishing of the concrete. 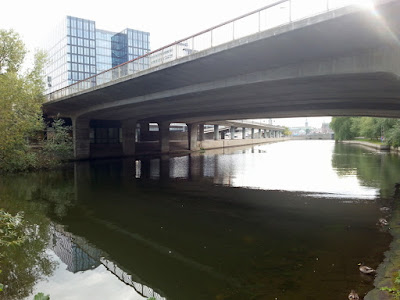 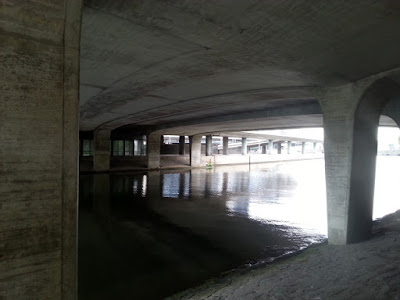 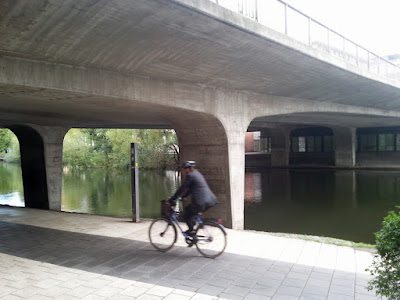 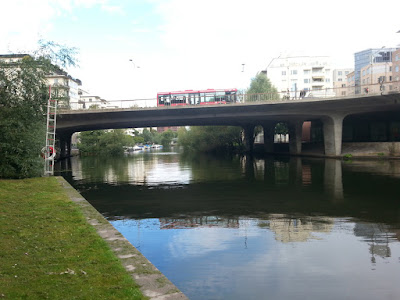 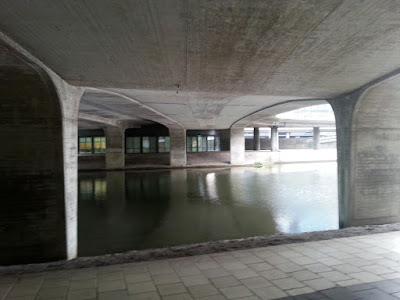