This is the final bridge in this series of posts about the bridges of southern France.

What can I say about the mighty Pont du Gard, justly the most famous of the surviving Roman aqueducts, a magnificent bridge, a World Heritage Site, a gorgeous, golden-hued monument to the achievements of antiquity?

I'll try to avoid the obvious: there are plenty of websites and books, linked at the bottom of this post, which will tell you all you need to know about how big it is, when it was built, and why.

The site of the bridge is well looked after. An exhibition is tucked well away from the river gorge, and a cafe and restaurant are both a discrete distance away from the bridge. It's a great spot to picnic, and to swim in the river.

The arches on the lowest tier are each built in four parallel sections, and those of the middle tier in three parallel sections, all without any mortar (only the top tier was built with mortar). I noted the same feature at the Pont d'Avignon, and presumed it allowed the builders to reuse the timber centering multiple times. That first ring of massive stone blocks would have felt pretty precarious, though. Paillet's paper on the bridge (linked below) suggests instead that the centering was for the full width of the bridge, and the parallel sections were just adopted to simplify the size of blocks that the masons had to be cut, making all the voussoirs identical. I'm not entirely convinced by this argument.

There are a multitude of projecting stones on both the side faces of the bridge and the support piers, but also, more unusually, within the arch barrel itself. These were normally used on arch bridges to provide support to the temporary timber centering. I don't think I've ever encountered corbels in the arch barrel itself before. Is this a common feature on Roman bridges?

The lowest tier of the bridge was extended in the mid-18th century, creating a new highway bridge parallel to the Roman bridge and butting up against it. Some effort was made to make this similar to the older bridge, but the stonework is very different, as are the cutwaters. Most noticeably, the old bridge is level, but the new bridge is ramped up towards its centre point, seriously spoiling the appearance of the bridge from both sides. It's no surprise that most "postcard" views of the bridge are therefore taken from the unaltered elevation.

More positively, the extension bridge does allow people to appreciate the monument from close up, without exposing it to the deterioration that would inevitably result if large numbers of people were encouraged to clamber upon it. 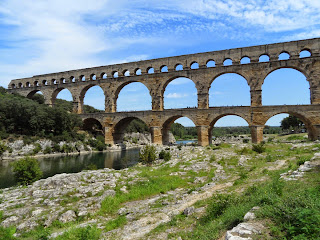 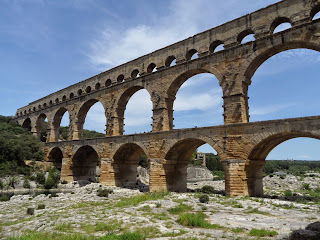 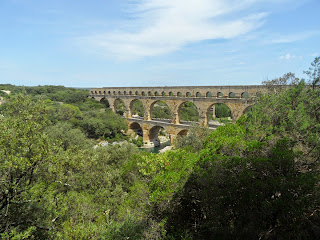 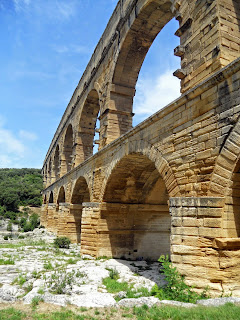 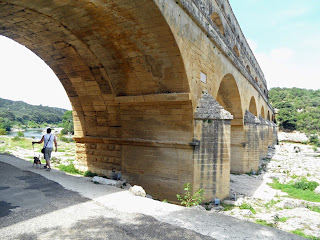 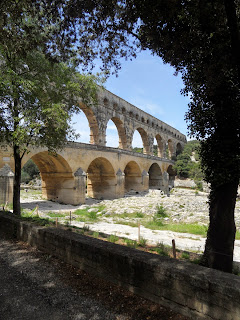 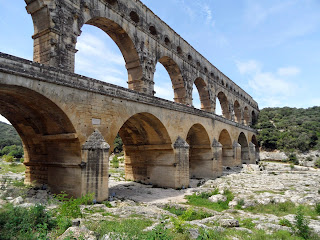 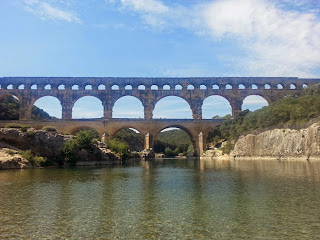 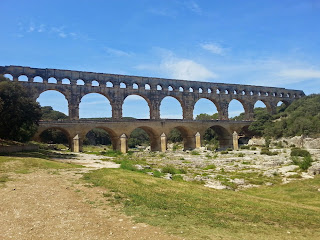 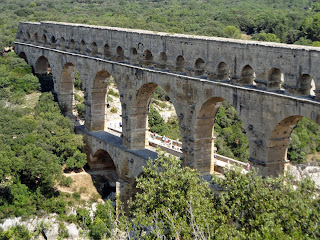 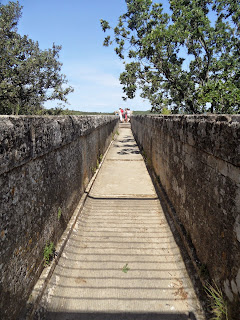 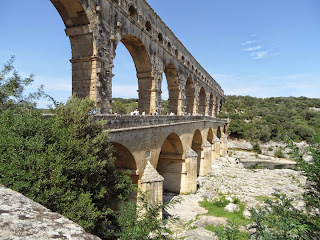 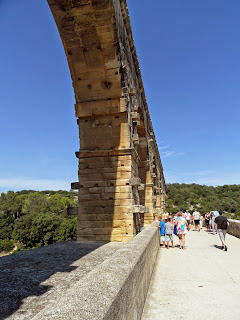 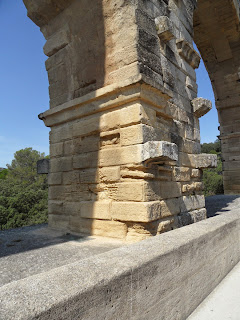 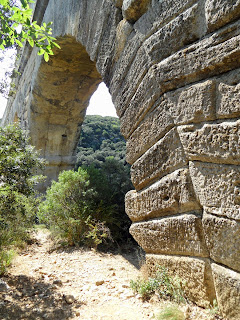 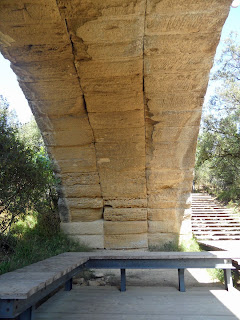 Posted by The Happy Pontist at 4:24 PM