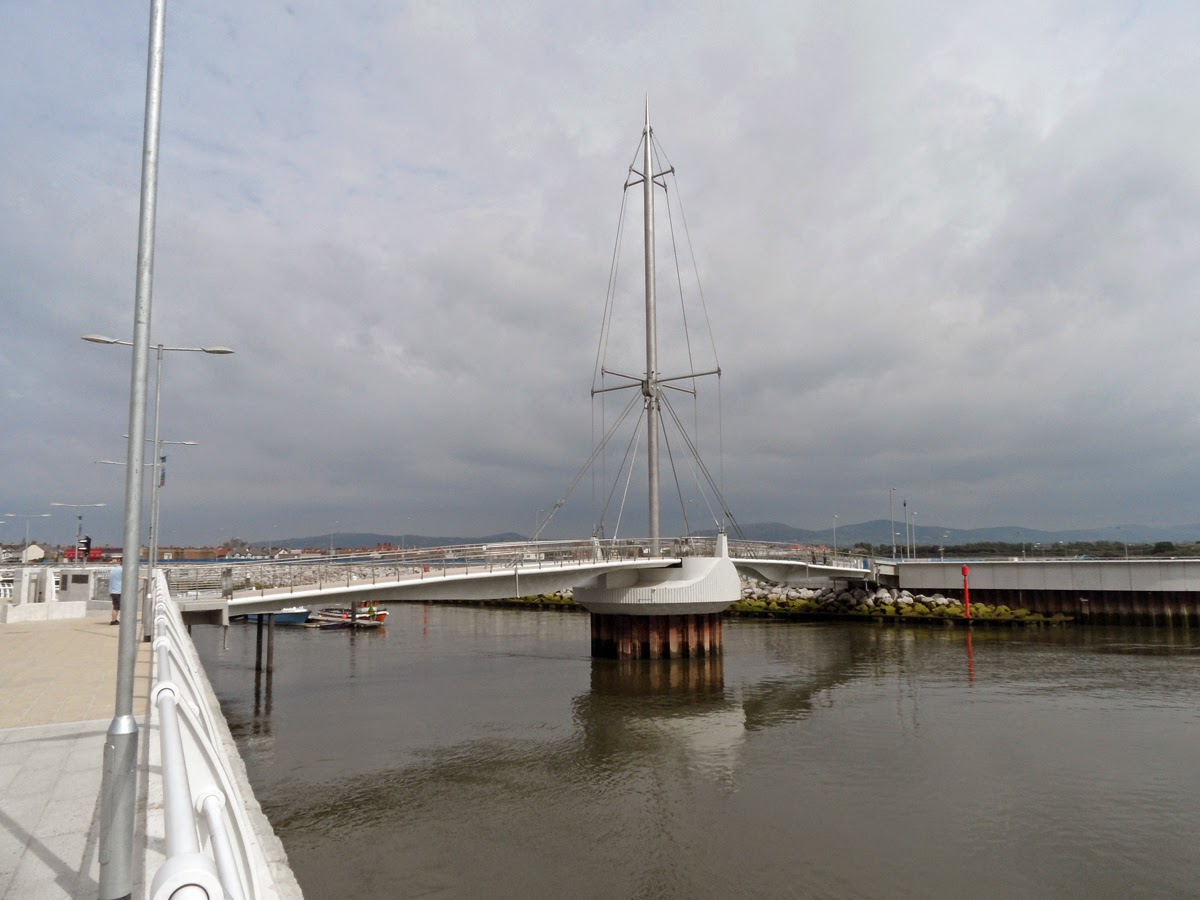 Back in June 2009 I reported on the winning entry in Rhyl's Foryd Harbour Bridge design competition (and also on some of the losing entries). I predicted at the time that it would either go over its £4m budget, be delivered late, or be unreliable in service, the last largely because of a proposed lifting mechanism which would have been unique (and which was eventually dropped from the design). 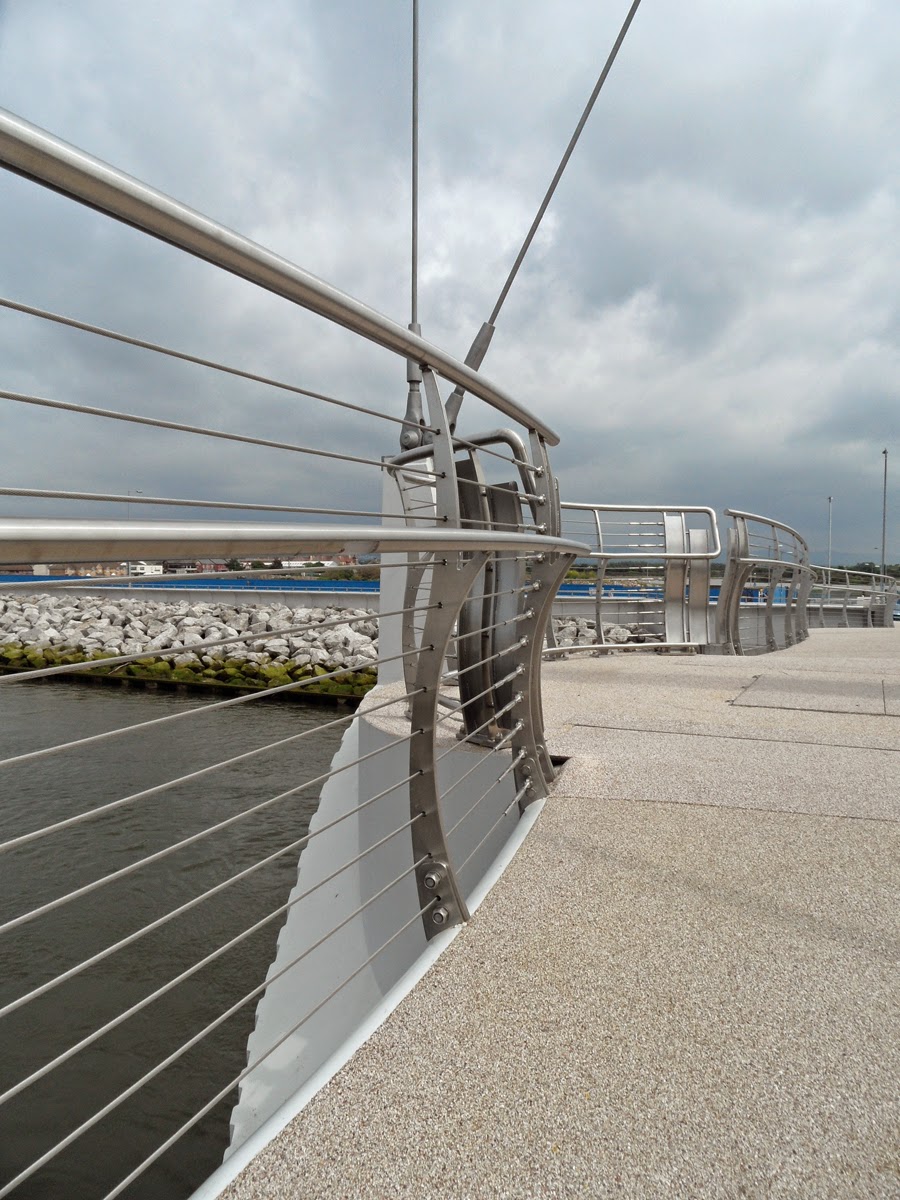 The bridge was forecast to be complete by mid-2011, but eventually opened in October 2013, with a reported cost of £4.3m, which is pretty good for such an innovative structure, if correct. A report in November 2011 stated that the local council had to find an extra £0.5m to cover unspecified cost increases on the scheme. Council minutes from the time indicate that this was only 50% of the over-run, with the rest to be funded by other bodies, so that indicates a total £1m budget over-run. It's not possible to see if this is just down to the bridge, as it formed part of a wider harbour development scheme. Sustrans quote the bridge cost as £6.5m. I guess we'll never know what it really cost. 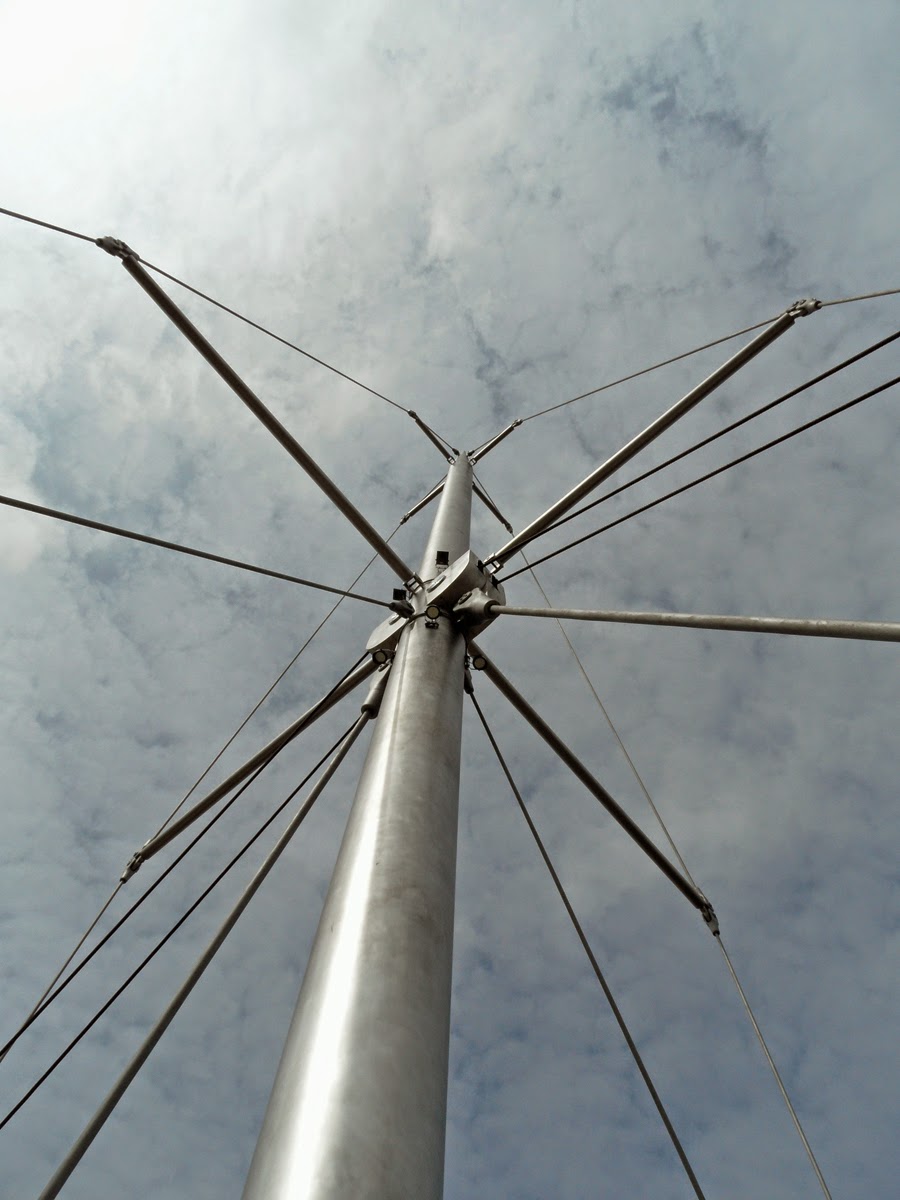 The bridge was designed by Gifford (now part of Ramboll) and built by Dawnus. Fabrication of the two bascule decks was by A.M. Structures.

This is, by any standard, an extremely innovative structure. For a start, it's a drawbridge, with the two bascules lifted by cables which pass over sheaves and down the central mast. The bascules can be operated independently or together. 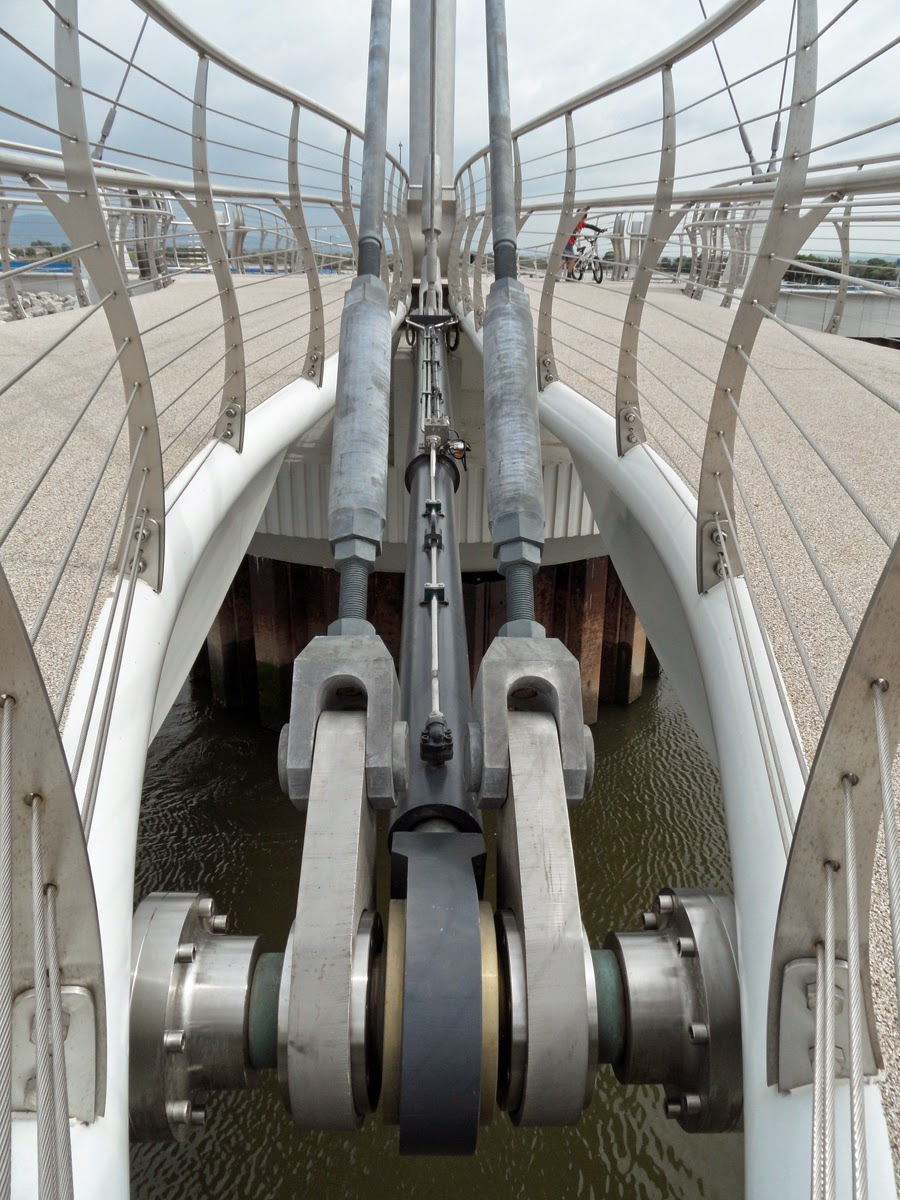 I can't think of another drawbridge that has been built in modern times (examples are welcome), this is an essentially medaeval idea in contemporary form. I'm not entirely sure why they are now so rare, and would welcome comments. I'm guessing that wear to the cables is one factor, especially where the sheaves are very small and the bending stresses in the cables great, as is the case here. Most lifting bridges use much larger sheaves.

There are hydraulic pistons below the bascules, but I understand they are there to hold down the decks rather than to lift them. Without them, wind loads in the raised position could cause problems. 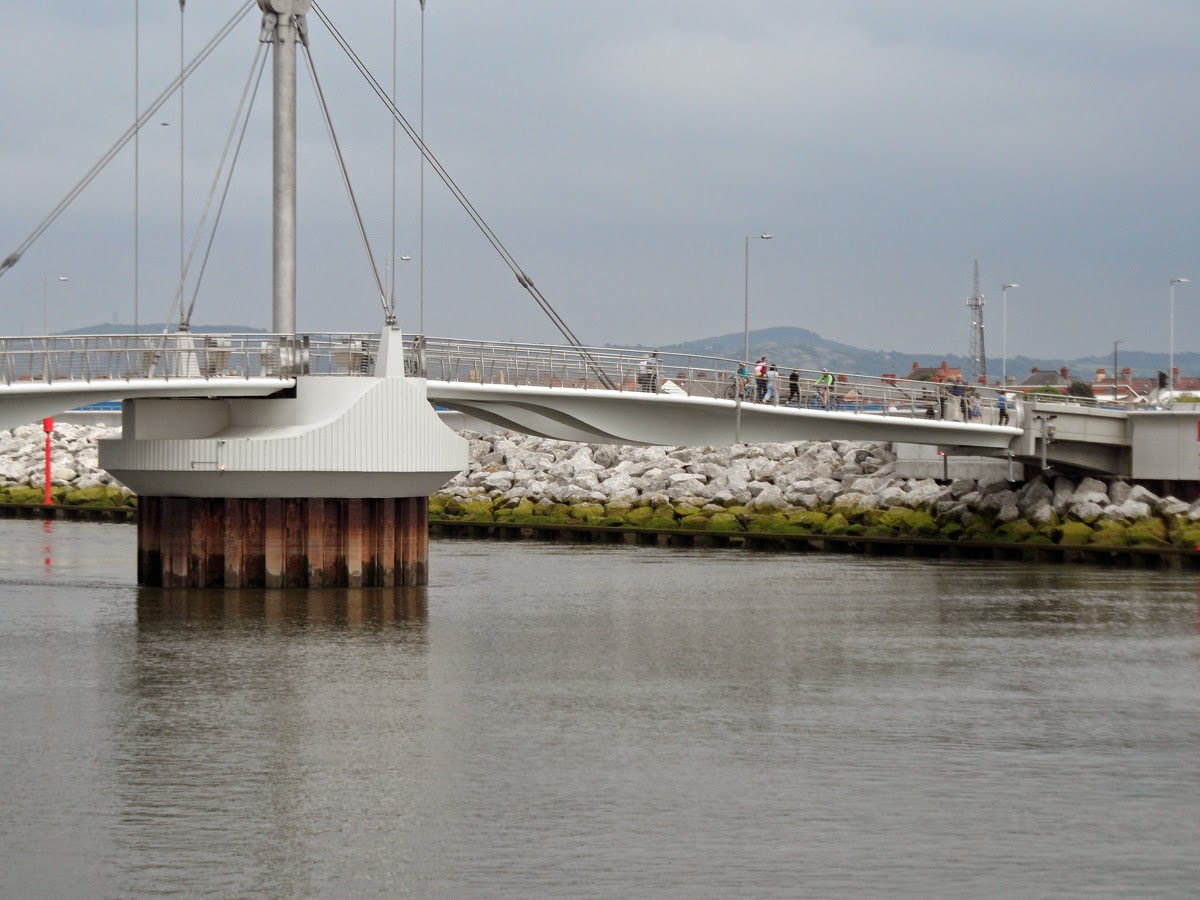 The bascule decks themselves are the most innovative element in the bridge. They are fabricated out of glass-fibre reinforced plastic, moulded like the hull of a boat. Four carbon-fibre plates are incorporated into each deck to enhance the stiffness. I wonder whether this is the future of fibre-reinforced plastic (FRP) bridges. Earlier bridges in this country, as those at Aberfeldy, Bradkirk and Dawlish, have been copies of steel bridge typologies. Moulding is significantly more expensive, but may allow the material to be used more imaginatively and effectively. 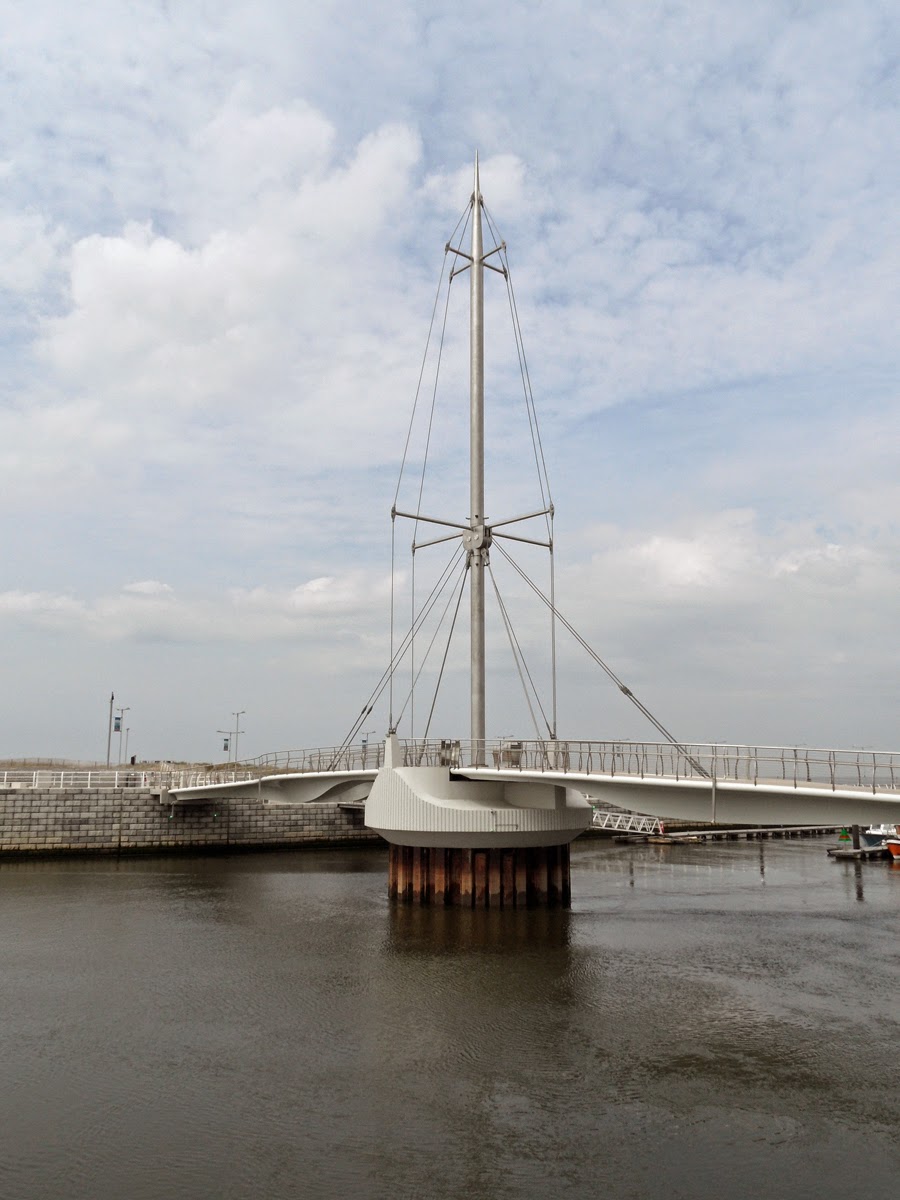 I also wonder how much of the bridge's cost is in the presence of two bascule decks, with two independent lift mechanisms. The original Foryd Harbour design contest specified quite clearly that only a single navigable river channel was to be bridged, as was recognised by two of the competition entries, both single-leaf bascules. Twin bascules may provide more navigational flexibility, but seems to have been introduced initially as an unnecessary architectural whim. 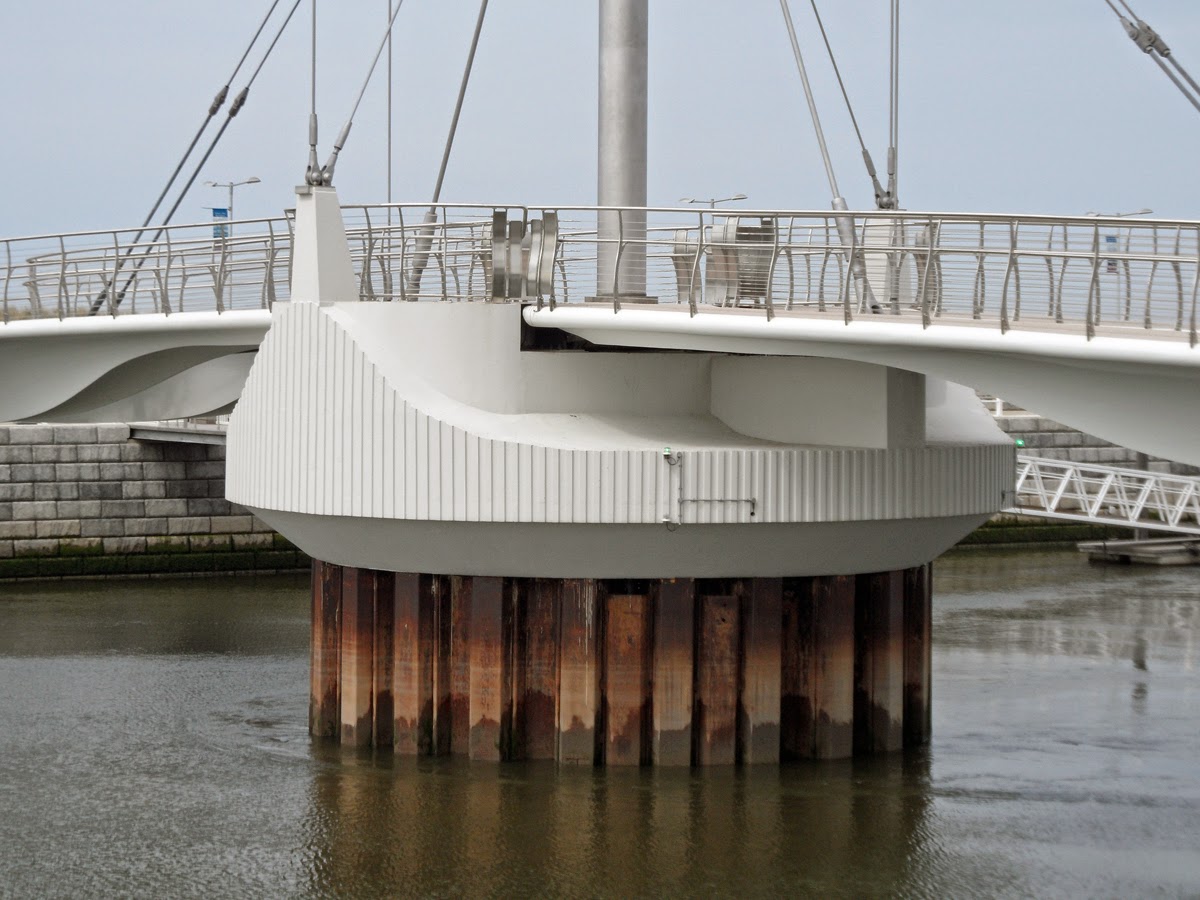 I say "architectural", but interestingly for such a landmark structure, there seems to have been no architect involved. Some of this shows, most notably in the clumsy relationship of superstructure and substructure, but also, I think, in the lack of legibility to the mast and cable arrangement. The three elements, central pier, decks, and mast, seem to have been conceived separately rather than together.

This is, without doubt, a remarkable bridge, and a credit to the client, designer and contractor. But is it an excellent bridge? I think not. The engineering innovation hasn't been matched by a coherent architectural vision, and it may in years to come be seen as more of a curiosity than a classic. 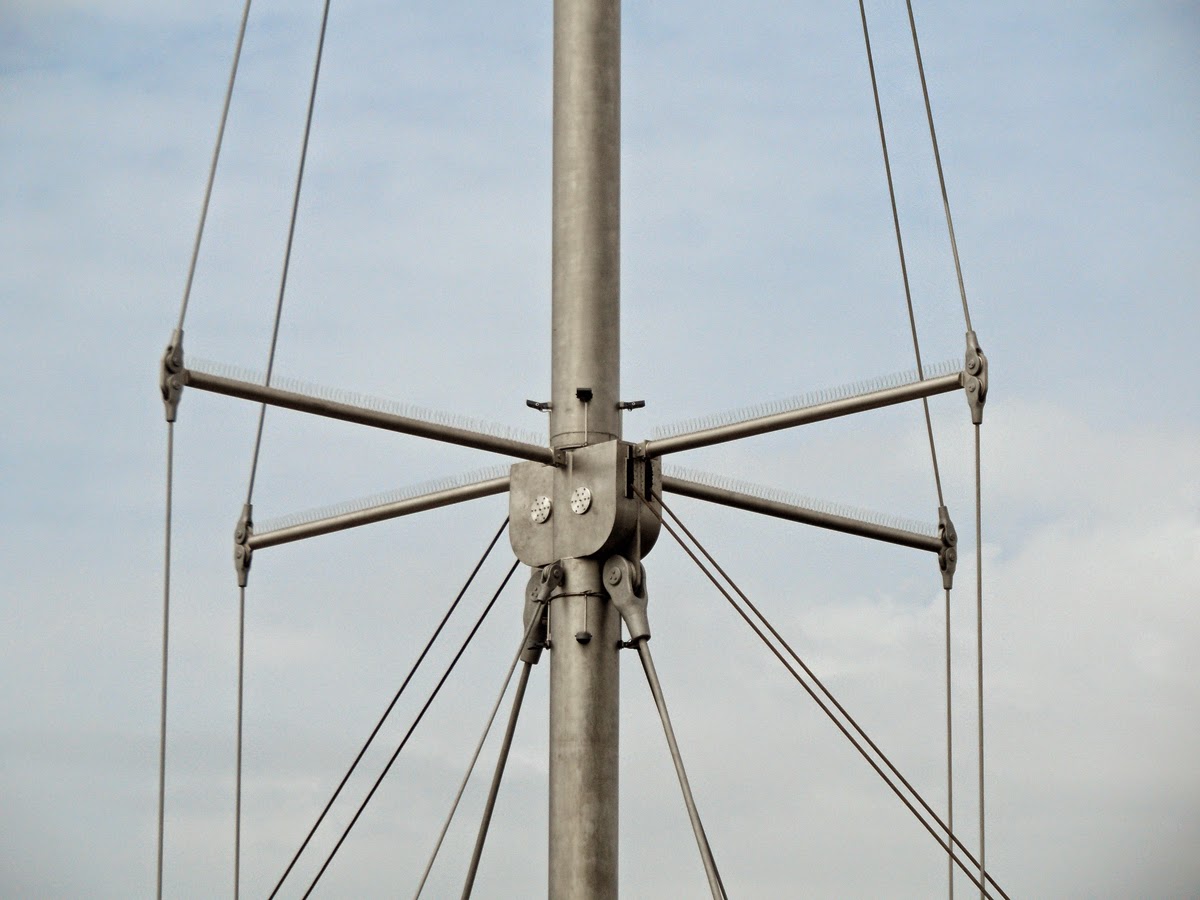 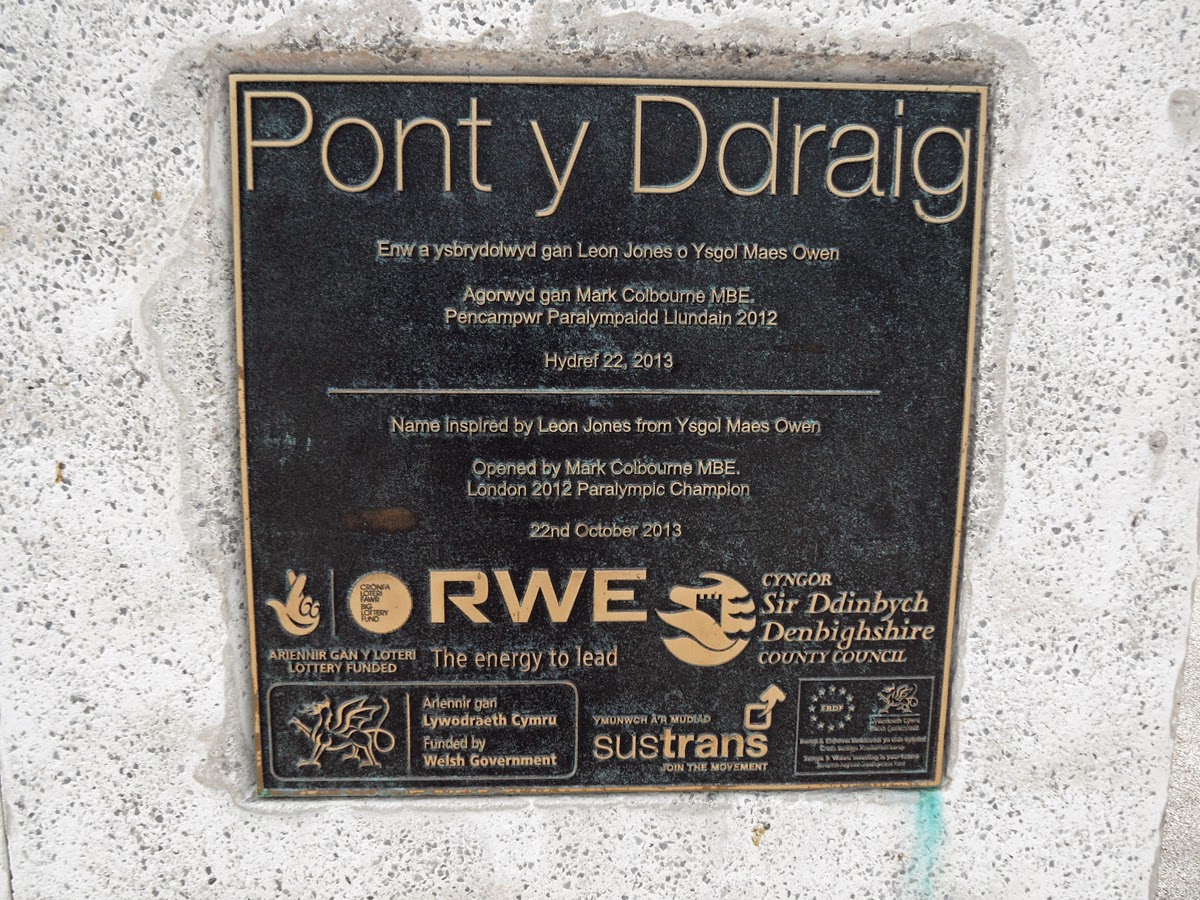 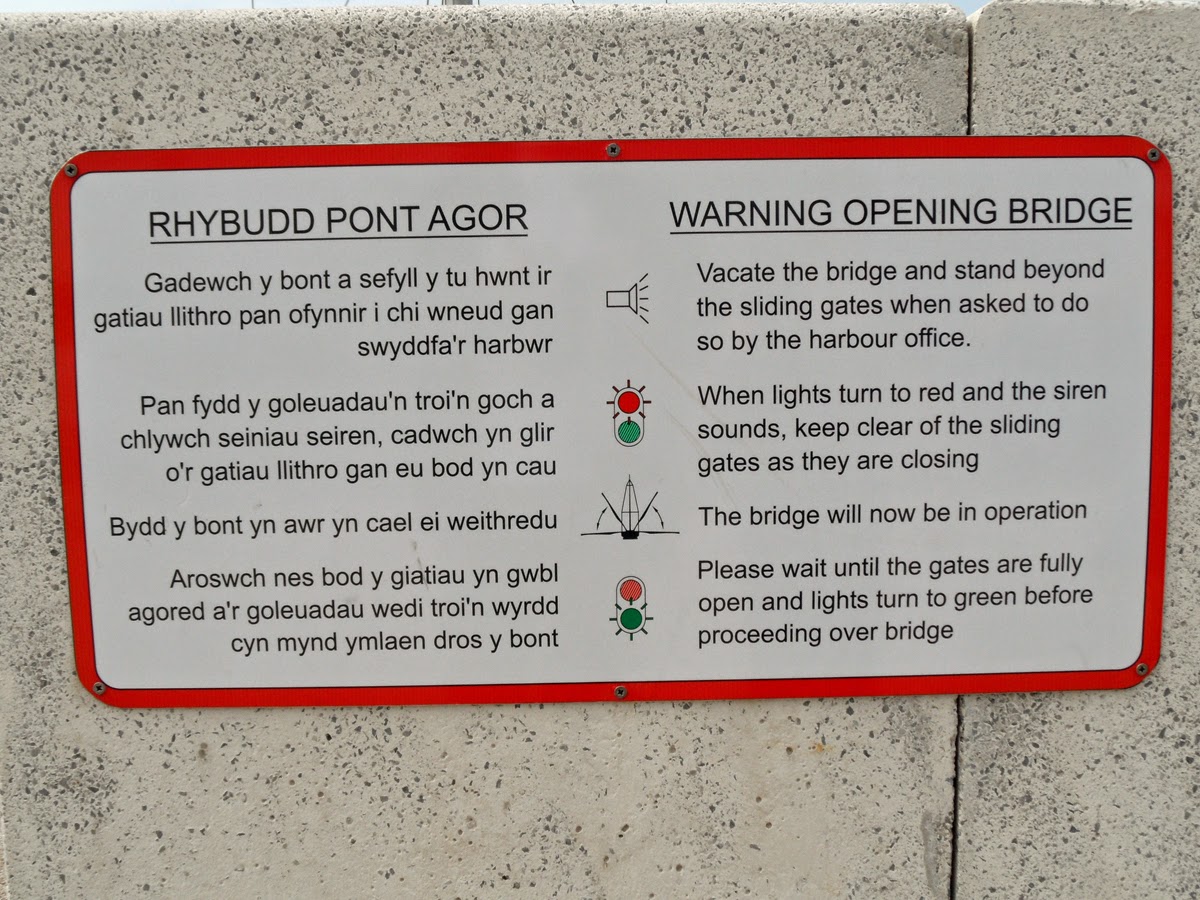 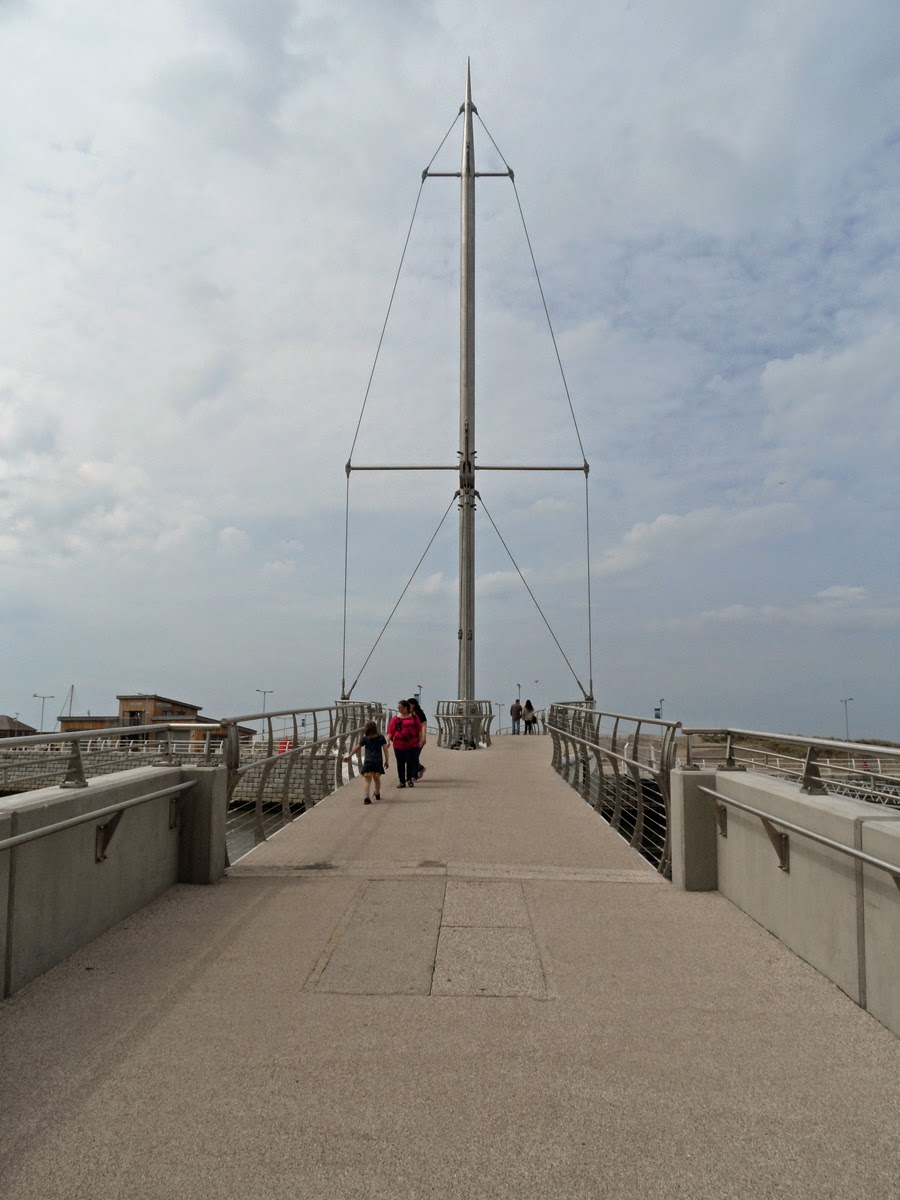 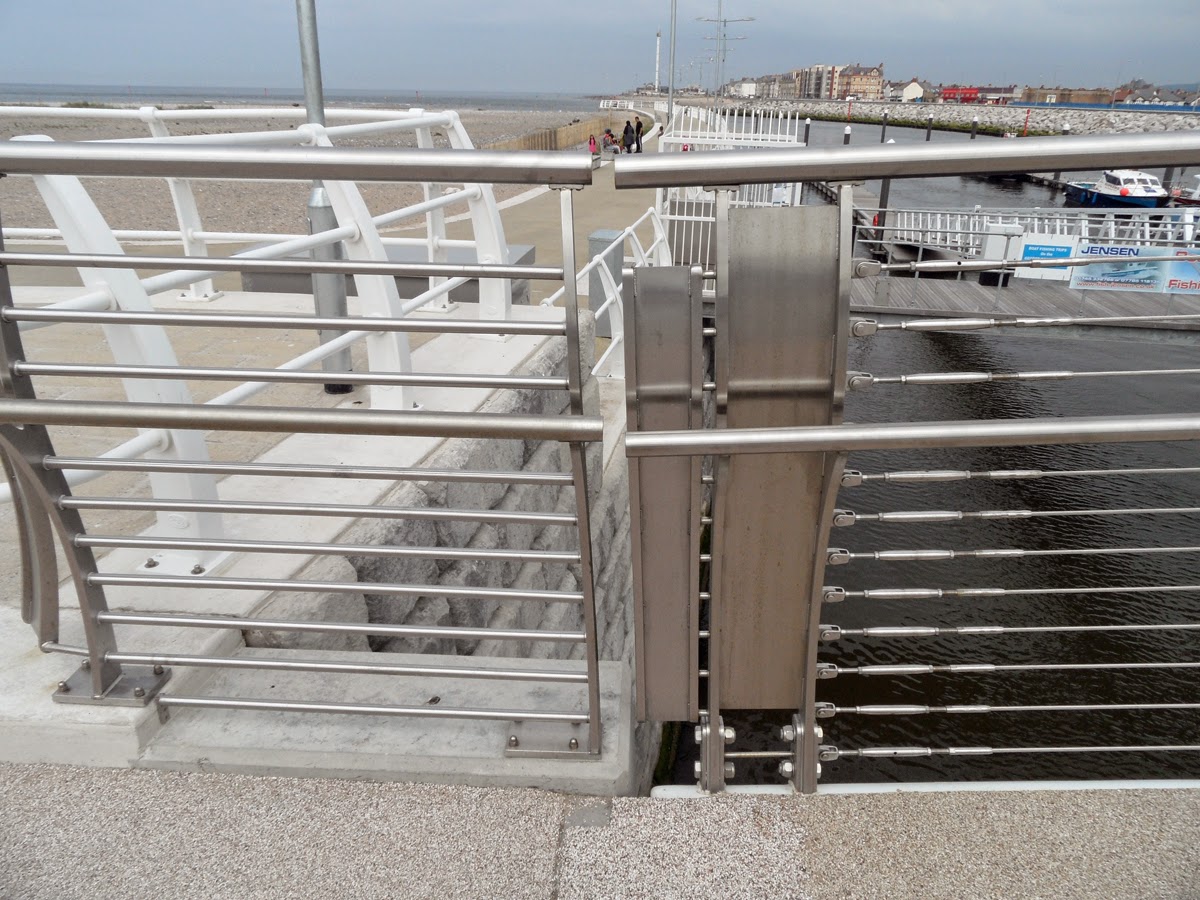 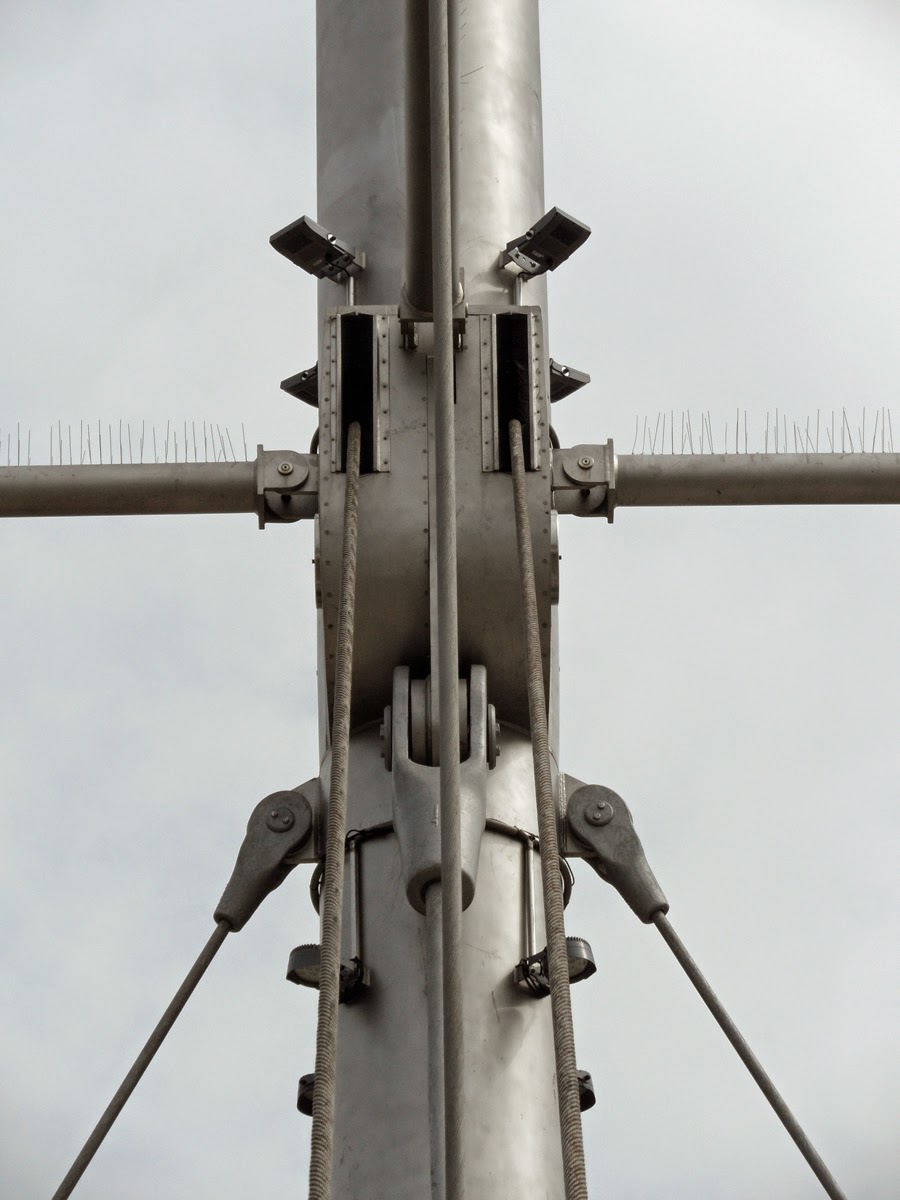 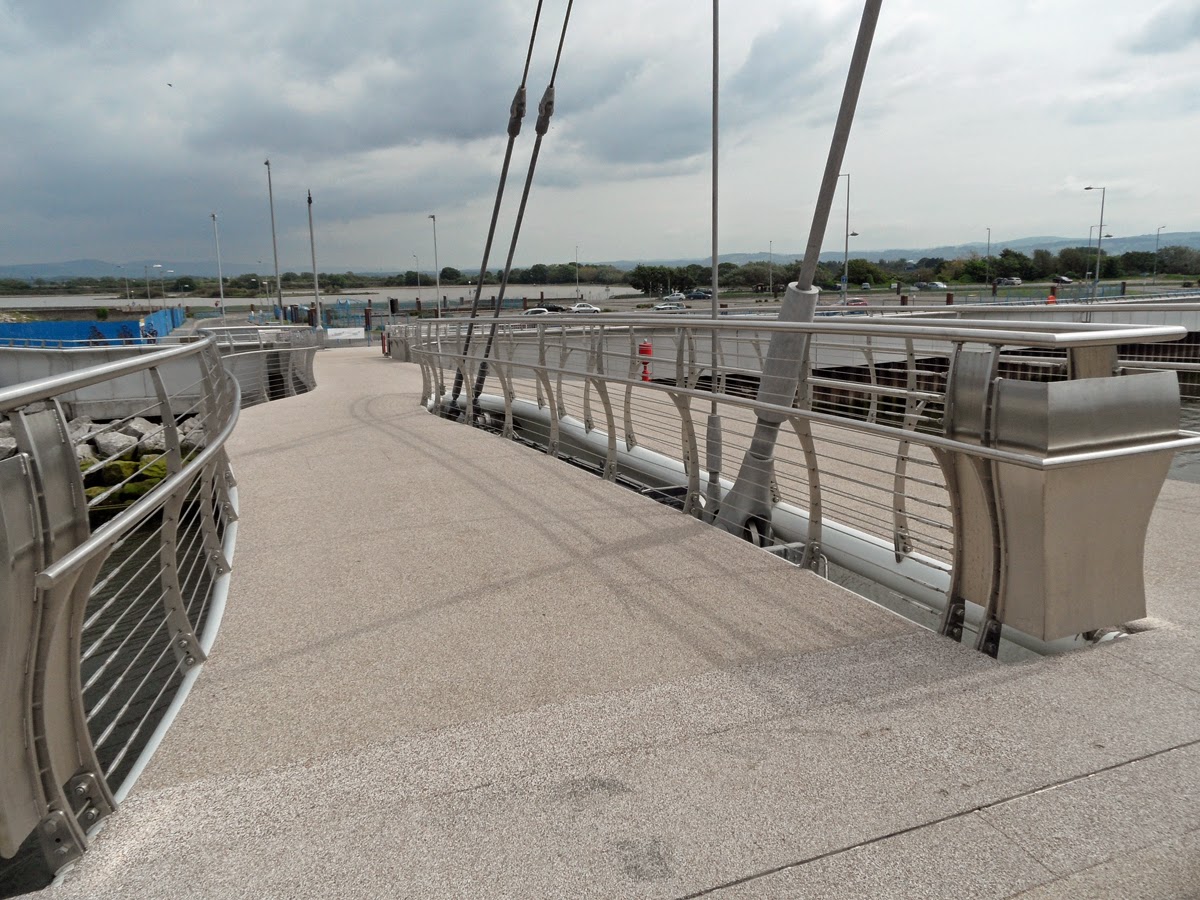 As for the question why sheaves are practically disused in modern bascule bridges, my vote also goes to the sensitivity of the cables. I think that for many civil engineers, cables are something very sensitive with respect to bending stresses and fatigue, especially if they are to support a suspension or cable-stayed bridge with a design lifespan of 100 years. On the other hand, mechanical engineers seem to cope better with this "anxiousness", examples being winding engines and hoist controllers in modern shaft mining. I think the main difference is the design lifespan, and the different concepts about wear, deterioration, damage and replacement. (For "mechies", maintenance and repair are natural things, while many "civies" view this as some form of failure.)
In this special case, the small radius of the sheaves is made possible through the extreme lightness of the decks.

I agree that the substructure looks quite cheap and ugly.
In addition, I have a strange feeling about the mast: I think the (presumed) idea that it should resemble sails is a good one. The arrangement of the tie rods, along with the large height of the mast allows for the elegant slenderness. But I find the double symmetry disconcerting: it rather resembles a mixture of sails and a christmas tree, and I wonder if the internal forces (bending moments in the two directions) are also that symmetric.

About the cost overrun: here in Hungary, cost overruns even in often heavily overpriced public procurements are commonplace. I'm wondering and would like to know whether staying in the budget or light budget overruns are the general scheme in Great Britain, or are larger overruns as this one frequent? Also, what is the public's opinion about these overspendings?

Cost over-runs are a problem whenever the client simply has no money to fund them. In cases such as this, if they can access additional funding, nobody really seems to care very much. We try to deal with potential over-runs by building more contingency into initial budgets, we are learning the lessons from so many past projects which went wrong!

You said examples of drawbridges in modern times are welcome.
Here are a few:

Lynn MA in USA has an Acrow panel bridge lifted with a strange concoction of ropes and beams, although probably still not a true drawbridge as the towers move with the bridge.

I have a vague recollection there were one or more similar temporary access bridges in the early days at Canary Wharf. I only remember this because it looked such an odd way of opening a bridge.

And I guess the folding bridge in Kiel would be another example if only it were a bit simpler.