The River Rhone divides Avignon from Villeneuve-lès-Avignon, and is itself divided by an island, the Île de la Barthelasse. The Pont Saint-Bénézet previously connected all three, but was progressively destroyed by floods, becoming unusable before the beginning of the 18th century.

The river was then crossed only by ferry, until a new timber trestle bridge was completed in 1812. This did not last long, partially collapsing in 1821, and then experiencing further damage over the next two decades. It was replaced in 1843 (on the Avignon channel only) by a suspension bridge, designed by the Seguin brothers, which was in turn replaced in 1888 by a hybrid cable-stayed / suspension bridge, designed by Ferdinand Arnodin.

The present bridge replaced Arnodin's span 1972, and is named after a French government minister who became the Mayor of Avignon. The Avignon branch of the river is bridged with two spans. Each of these spans consists of two parallel concrete box girders. The pier in the centre of the river is extended both upstream and downstream with cutwaters, presumably essential given the Rhone's history of flooding. These have an odd, tacked-on appearance.

I find the approach spans more interesting. These are plain reinforced concrete arches, with their internal structure seemingly made apparent on their elevations. The western approach is a classic of robust, no-nonsense design, while the eastern approach is rendered attractive by a curtain of vegetation. There's a sense of something both enduring and on the verge of ruin, which I think pays suitable hommage to the historic Pont d'Avignon a short distance upstream. 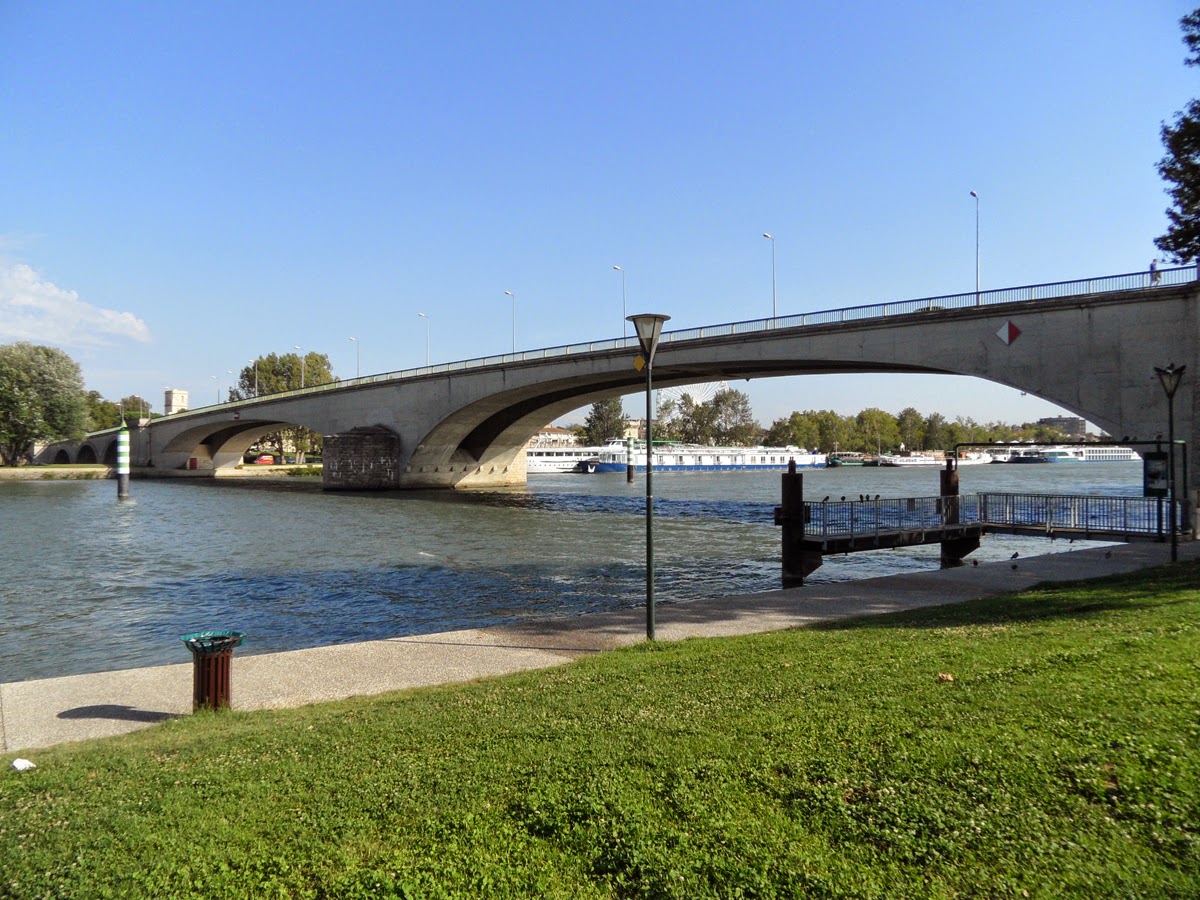 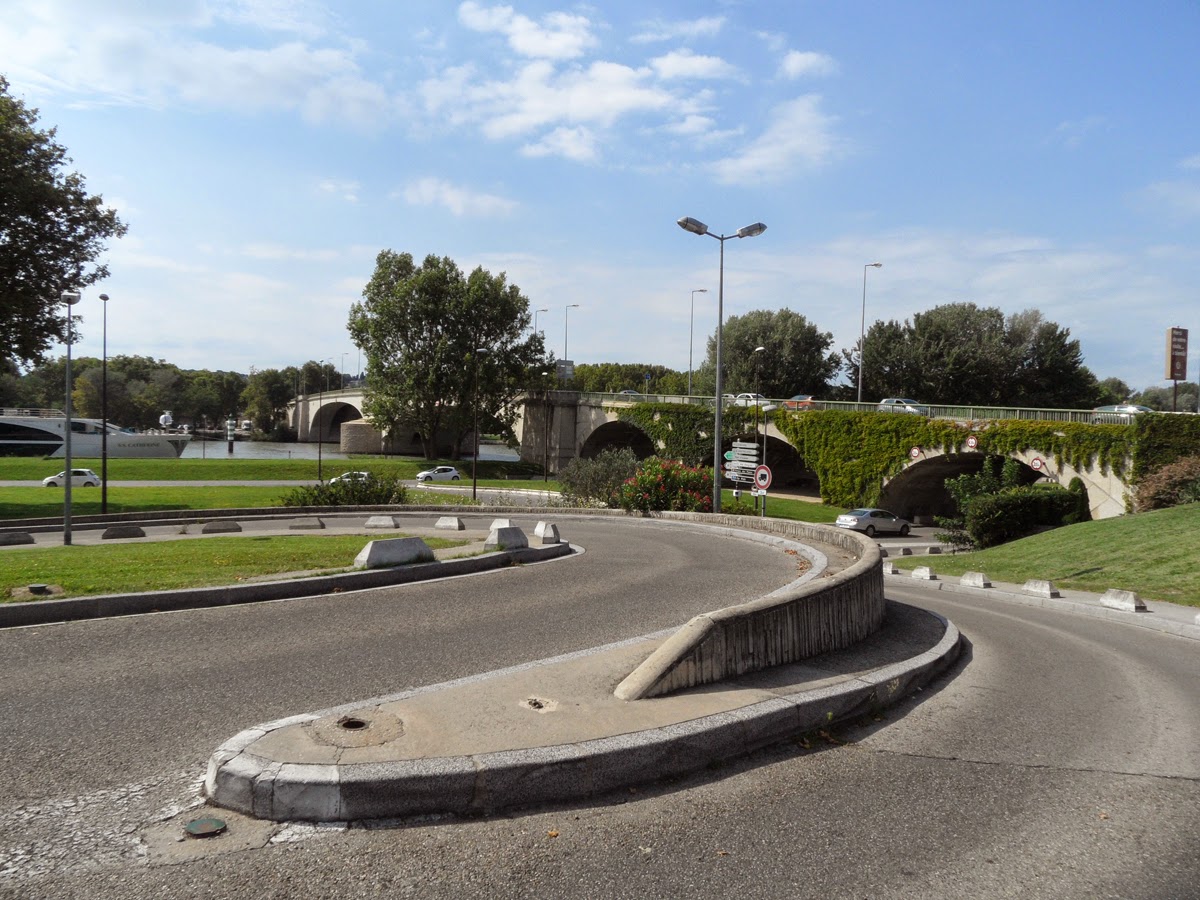 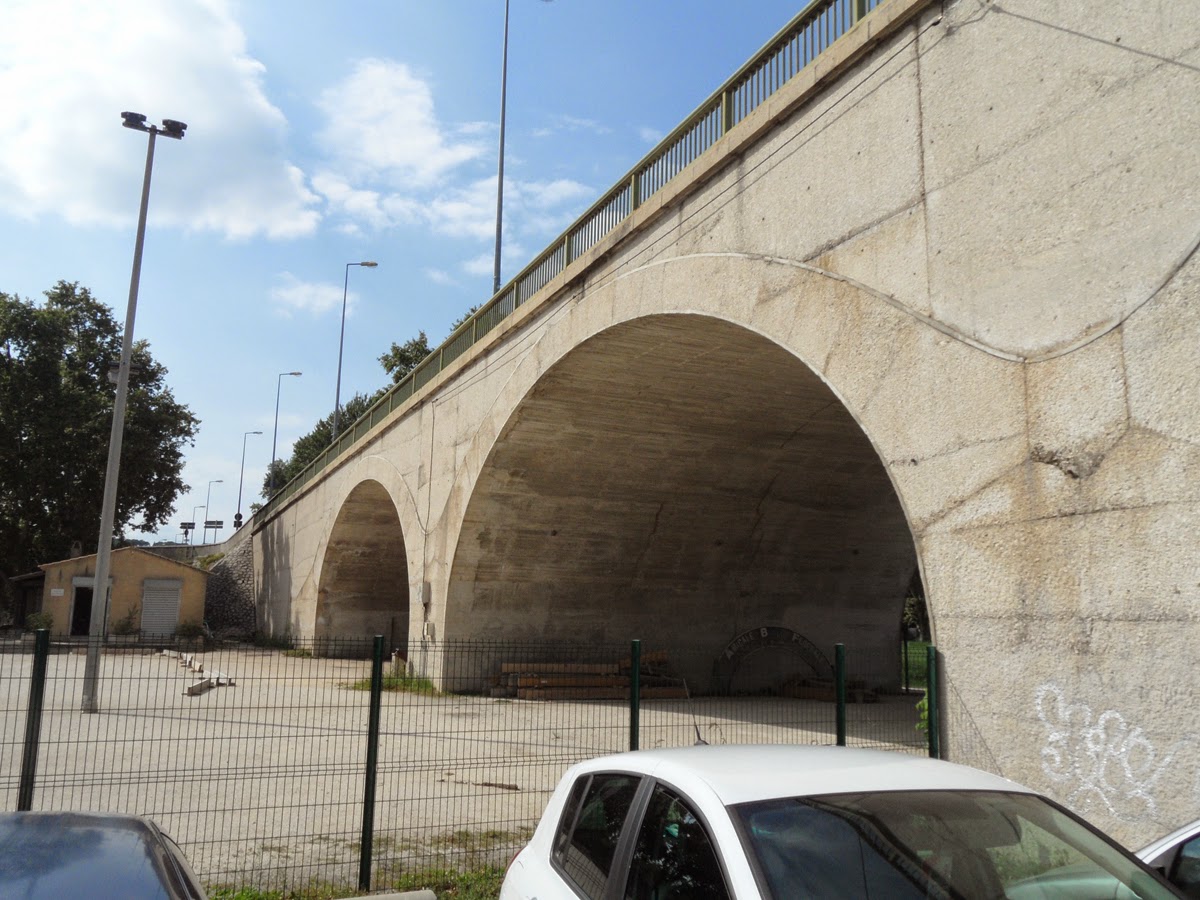 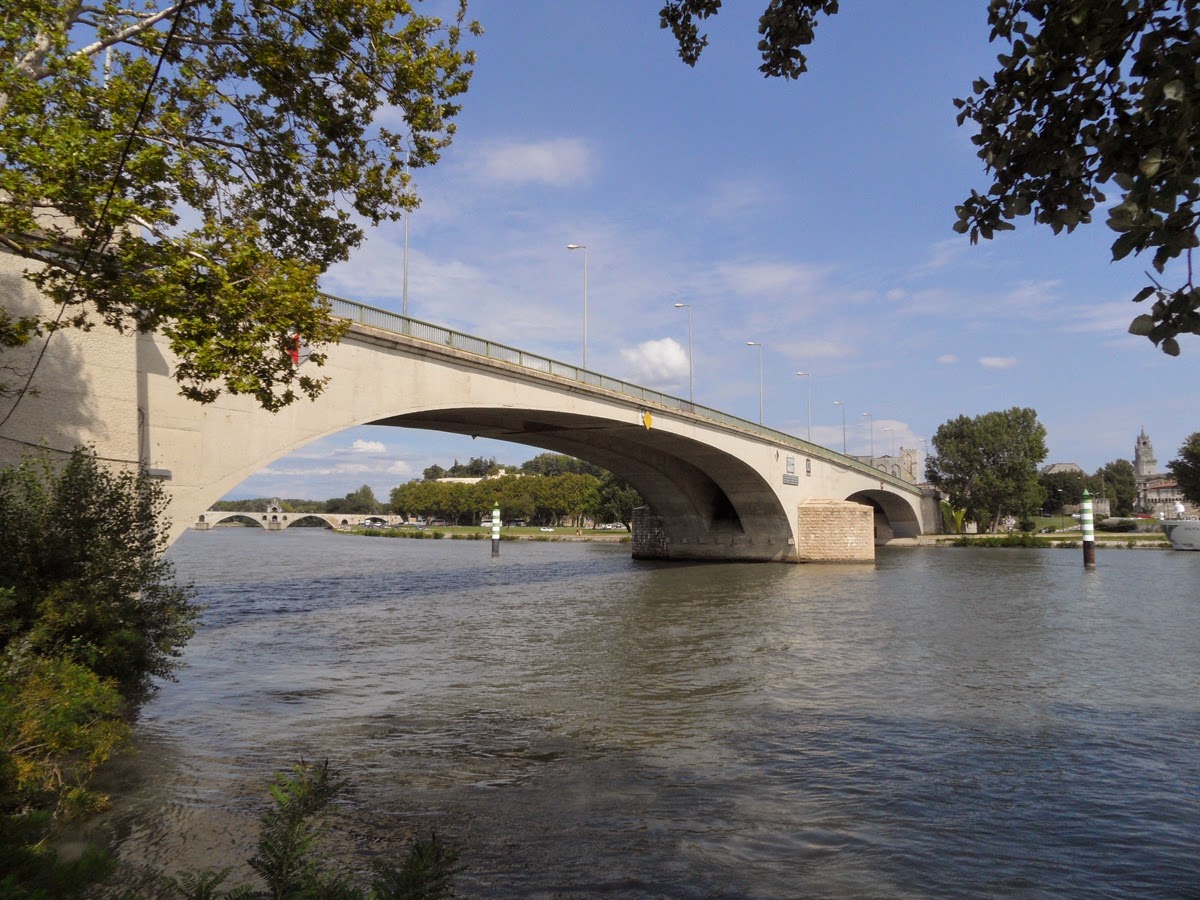 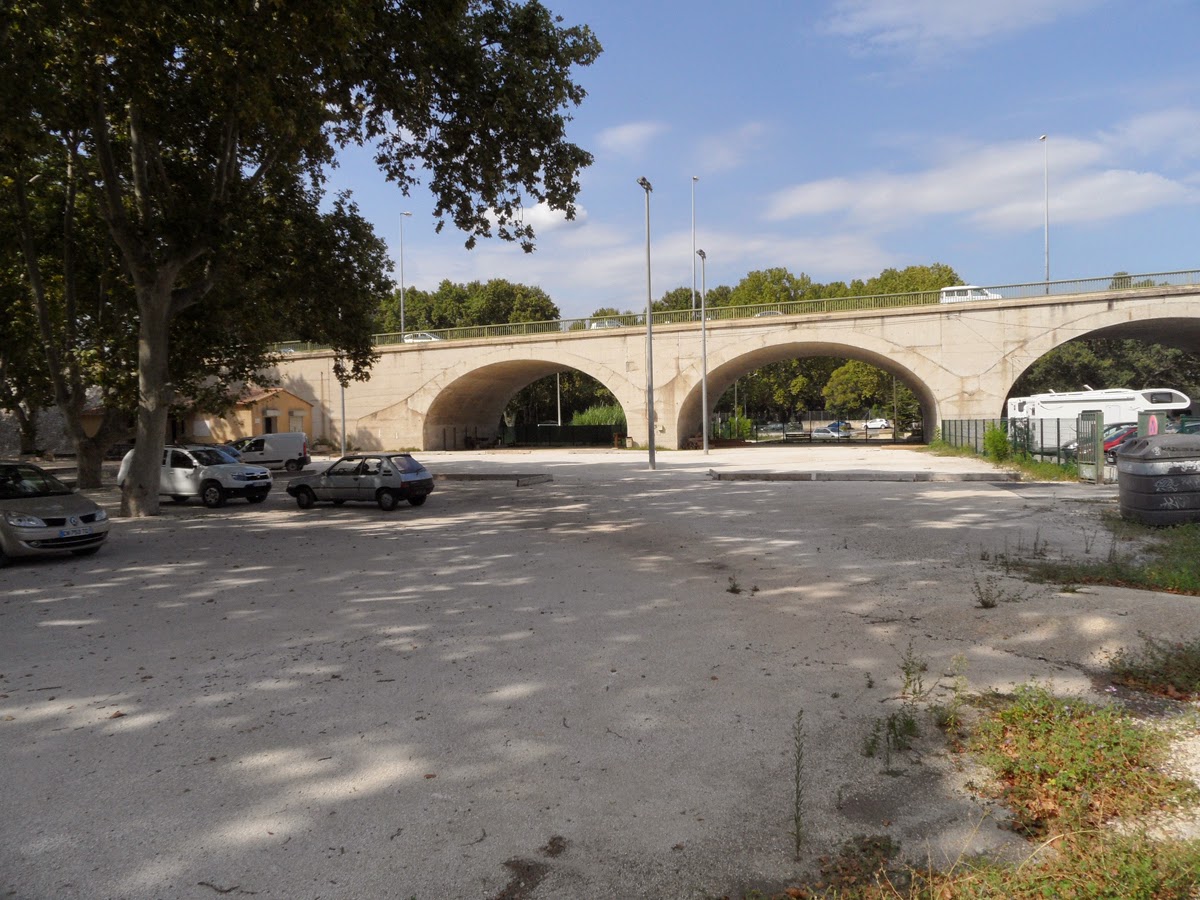 Posted by The Happy Pontist at 8:16 PM