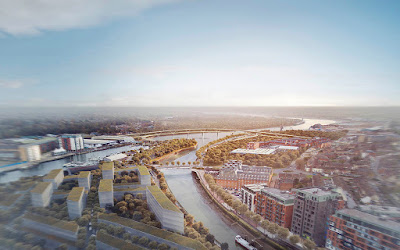 The winner of Suffolk County Council's competition to choose an architect for two new bridges across the Upper Orwell has been announced as Foster and Partners.

I discussed this RIBA-organised contest at length last August, and again in September. You may recall that this is not a conventional bridge design competition: it's quite possible that the winner's designs will never get built. It was a contest to select an architect to partner the project's engineering consultant, WSP | Parsons Brinckerhoff, who had already been selected.

There was much to criticise in how the contest was initially set up: its limitation to large firms (overturned after protests), the desire for an arranged marriage rather than allowing natural design partnerships to form, and the intention for architects to demonstrate their worth in isolation i.e. without actually working with the project's engineer. Of the various shortlisted firms, several either had internal engineering expertise anyway or brought along their own choice of partner.

As originally promoted, entrants had to submit two entries for both bridges required, and would be evaluated 40% on price. I wonder whether these criteria survived, as only one design has been released from the winner, and they do not have the reputation of charging at the bottom of the scale. Alternatively, maybe they were the cheapest, and the design presented was only second best. I think we may never know.

It's difficult to comment in detail on what can be seen of the winning design. Without drawings or context, they say little. However, a few things are clear.

The competition jury appears to have treated this like a conventional contest: they praise the "economical elegance" of the designs, and comment specifically on how pedestrian routes have been integrated with the highway bridges. On both bridges, the walkway / cycleway is a separate structure tacked onto the main bridge, although not gratuitously, instead allowing the designer to consider what is best for different flow preferences.

The high-level bridge is the more exotic of the two, reminding me of a treetop walkway, with the non-motorised path nestled at the top of giant steel tree-trunks and below the fumes of the highway canopy. It has an expensive rather than structurally rational appearance, and in this regard it's interesting to read what local MP Ben Gummer has to say:

At the risk of offending locals, this is Ipswich, not Paris or Geneva. It's hard not to wonder how well a forced marriage between the incumbent consultant and a big-name architect will work. Ambition should not be scoffed at, but I do wonder whether Ipswich really needs something world-class, or whether they would have been better to set their sights a little lower.

The RIBA Competitions office has a track record of limited success (6 out 8 competition-winning bridges were never built), so it will also be interesting to see whether the Upper Orwell Crossings project bucks that particular trend. 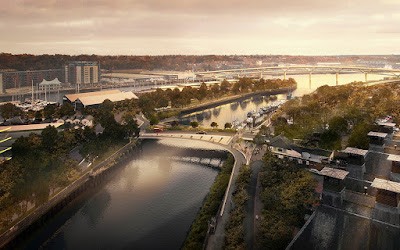 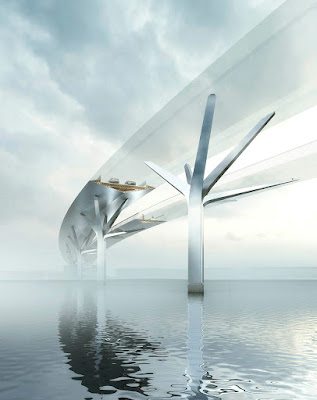 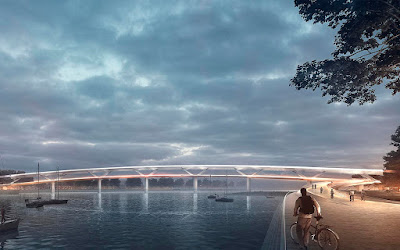 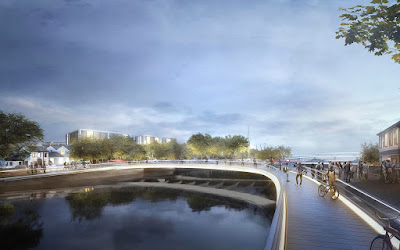 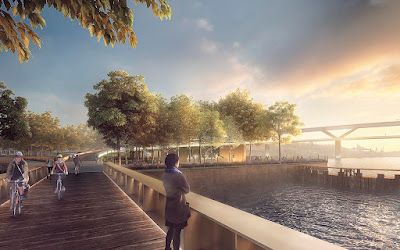