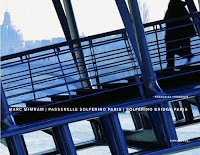 Nonetheless, it's a thorough and well-presented book, and I can recommend it to anyone interested in this bridge.
Posted by The Happy Pontist at 12:59 PM