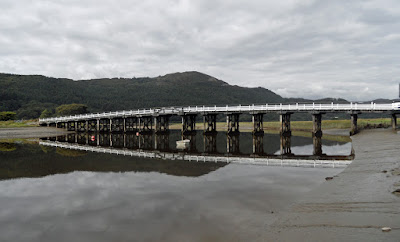 This privately owned timber road bridge dates from 1880, when it was constructed by the Penmaenpool Bridge Company Limited, under agreement with the Barmouth Harbour Trust. It crosses the River Mawddach in Wales, and provides a useful short cut between the coastal towns of Barmouth and Fairbourne during its opening hours. 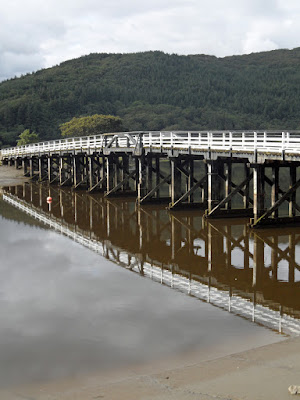 Most spans are 20-feet, but the central span is 30-feet. This span was designed for possible conversion into an opening bridge span, in case a disused boat-building yard upstream of the bridge was ever re-opened, but this was never required. 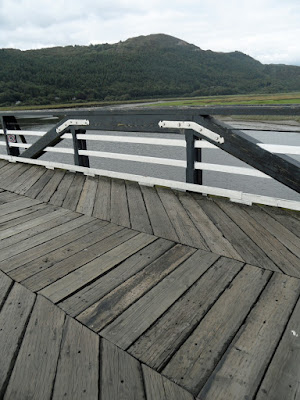 The structure is a series of straightforward braced timber trestles, with a heavy deck of diagonally arranged baulk timbers. It appears to be generally in good condition, although several of the deck timbers are loose. 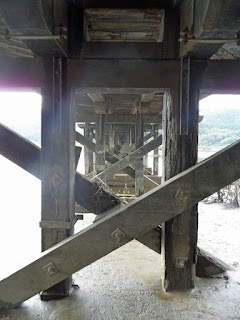 The bridge is operated as a private toll bridge, with prices of 20p for a pedestrian, or 70p for a motor vehicle not exceeding 1.5 tonnes in weight. The bridge is only open between 8.30am and 6.30pm, with tolls being collected from the southern end, adjacent to the bridge-owner's cottage. 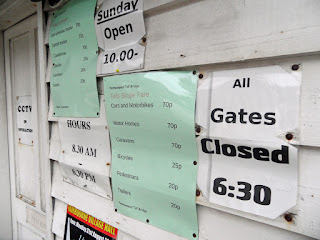 It's a lovely spot to visit. The abandoned railway line on the southern edge of the river has been converted into a cycle and walking trail, Llwybr Mawddach. The former signal box is now a bird-watchers' hide, while the old railway station and platform are now part of the nearby George III Hotel. It's a splendid spot from which to admire the historic structures, landscape and wildlife. 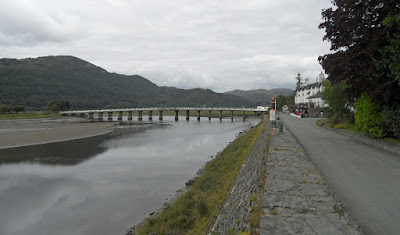 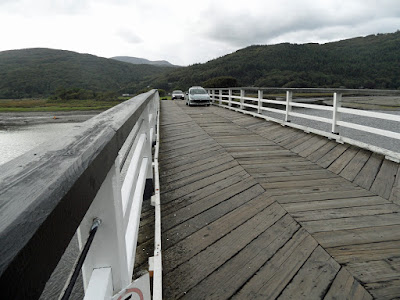 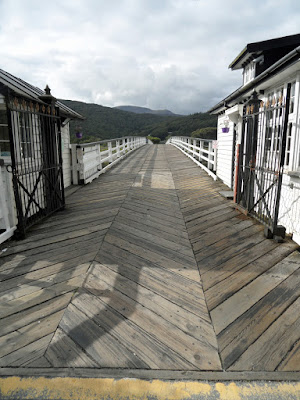 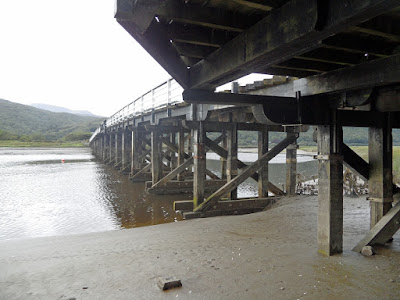 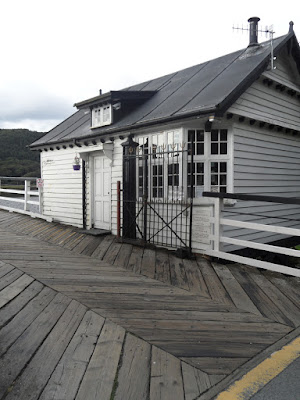 Posted by The Happy Pontist at 7:46 PM