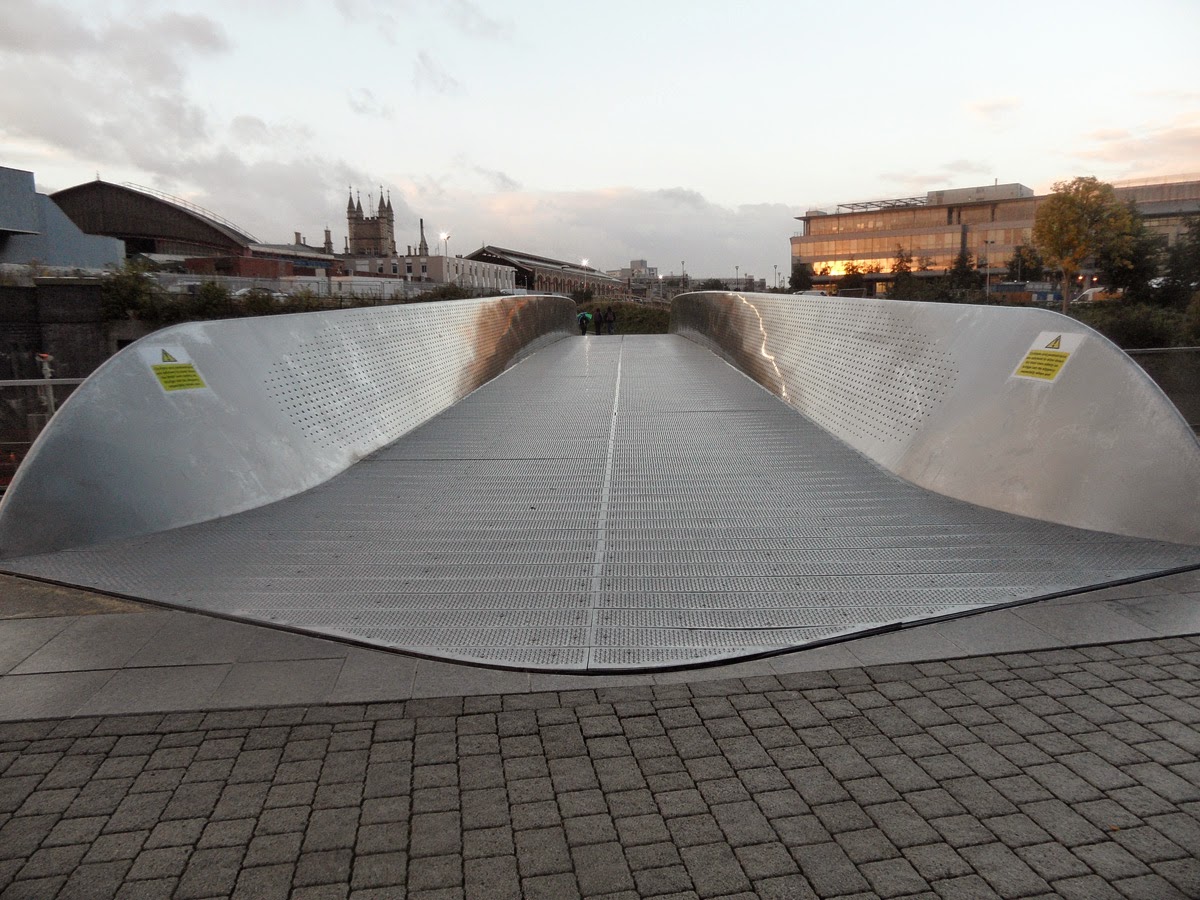 This bridge was another early morning visit, to an award-winning span which is probably unique in Britain.

Built in 2009 for £2.4m, the 55m long bridge is a rare all-stainless steel structure. It was designed by Price & Myers with Níall McLaughlin Architects, and built by M-Tec. You'll see it described on the internet as a "stressed skin" bridge, to make it sound like it's using aircraft technology, but to bridge engineers it's simply a twin half-through box girder bridge, conventional enough except for the geometry and material.

The two edge girders hold up the bridge and also double as parapets. They consist of continuously welded, perforated Duplex 2250 stainless steel plate (supplied by Outokumpu), wrapped around triangular diaphragms. A series of cross-beams and bracing frames are hidden within the deck, which is surfaces with perforated stainless steel planks (of which, more later). The entire bridge weighs about 75 tonnes, and sits on four hidden stub "legs", one at each corner.

The extensive use of stainless steel is a bold, and presumably expensive, choice. The bridge's skin is punctured with thousands of small holes, arranged in size according to the calculated level of stress at each point of the girder surface. The process of analysing the bridge, determining acceptable levels of perforation, and translating that back into a fabrication model, will have been complex and demanding, and is an impressive achievement.

Luminaires are located within the girders and below the bridge's floor, and the perforations allow the structure to glow from within at night.

The bridge won the IStructE Structural Award for pedestrian bridges in 2010, and I think justifiably so, as it is highly innovative and geometrically challenging. I haven't seen it illuminated at night, but in daylight, sunlight reflects off the skin in a very attractive manner. However, the bridge is not without its critics.

The main complaint appears to relate to the deck panels, which are clearly very slippery, to the extent that the bridge is disfigured by prominent warning signs at each end advising users to cross with care. Reportedly, bridge users who do slip and fall have frequently been injured by the "cheesegrater" quality of the decking. In one month, over 600 people signed a petition asking for the bridge decking to be replaced.

However, as with the nearby Valentine Bridge, this is a public amenity which is privately owned. Although the decking is clearly not fit for purpose, the public may find it hard to force change. 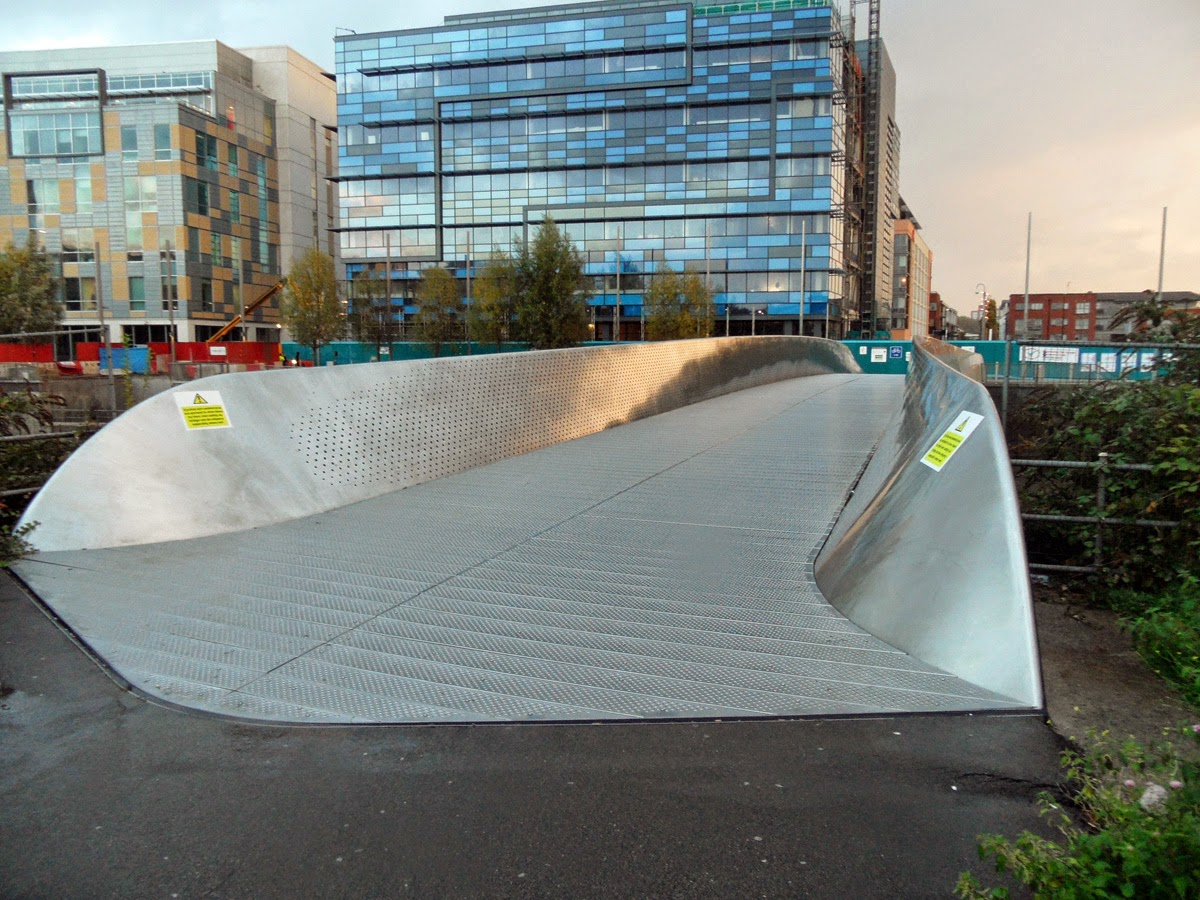 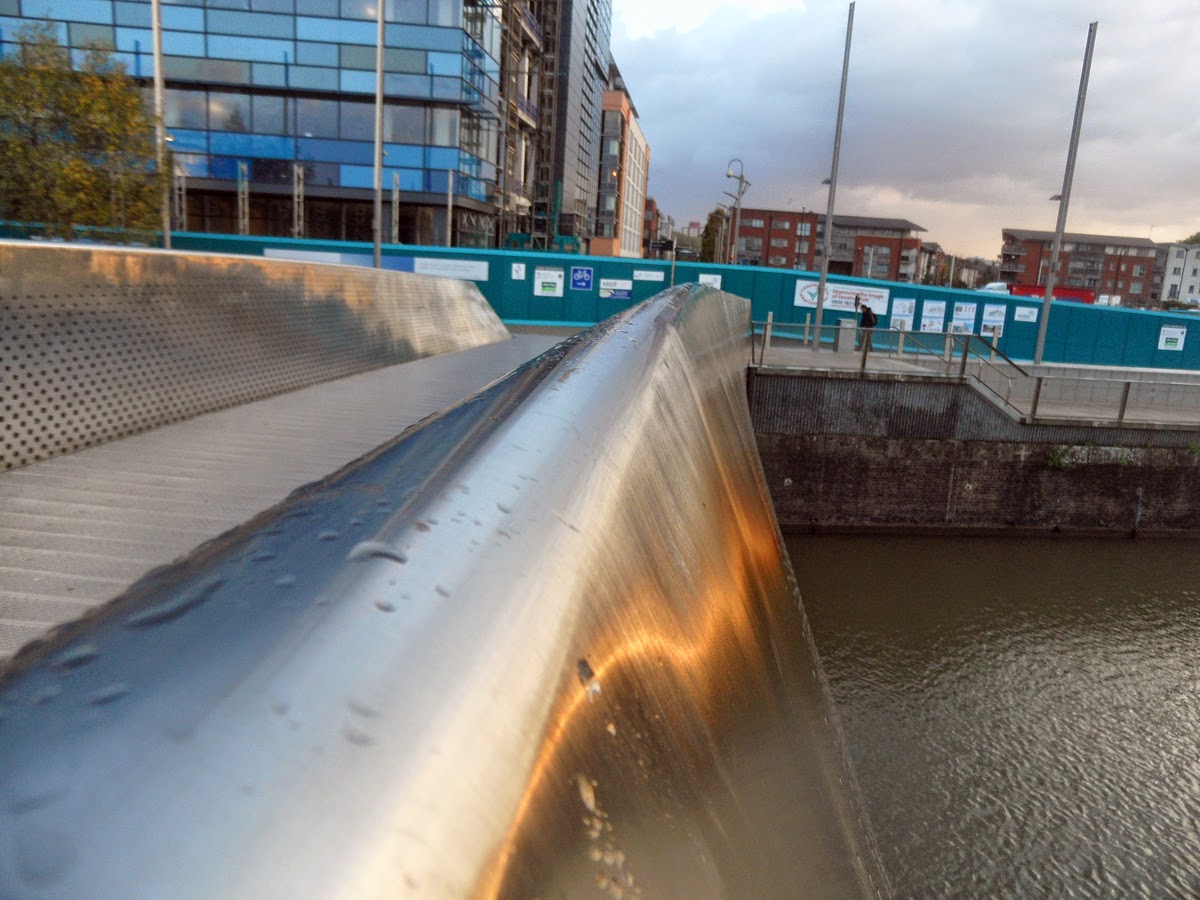 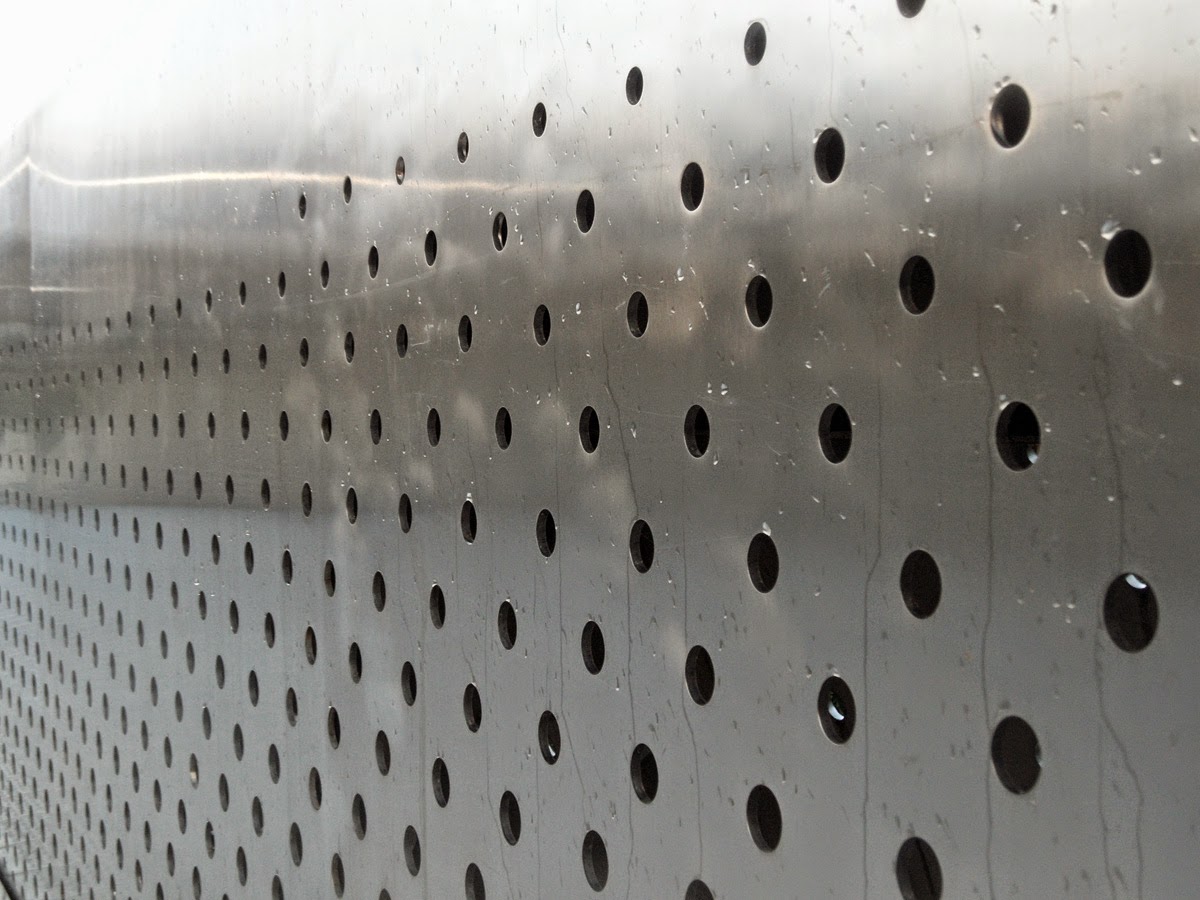 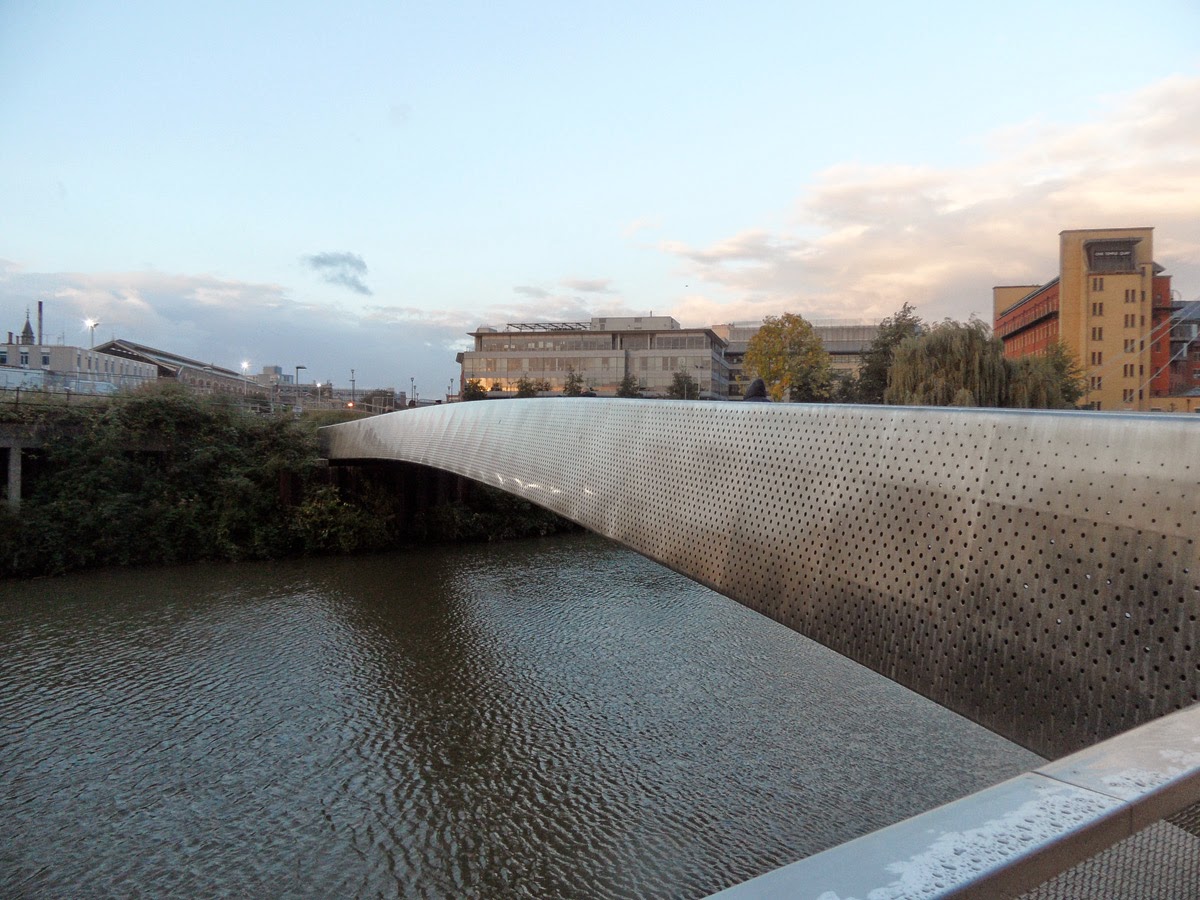 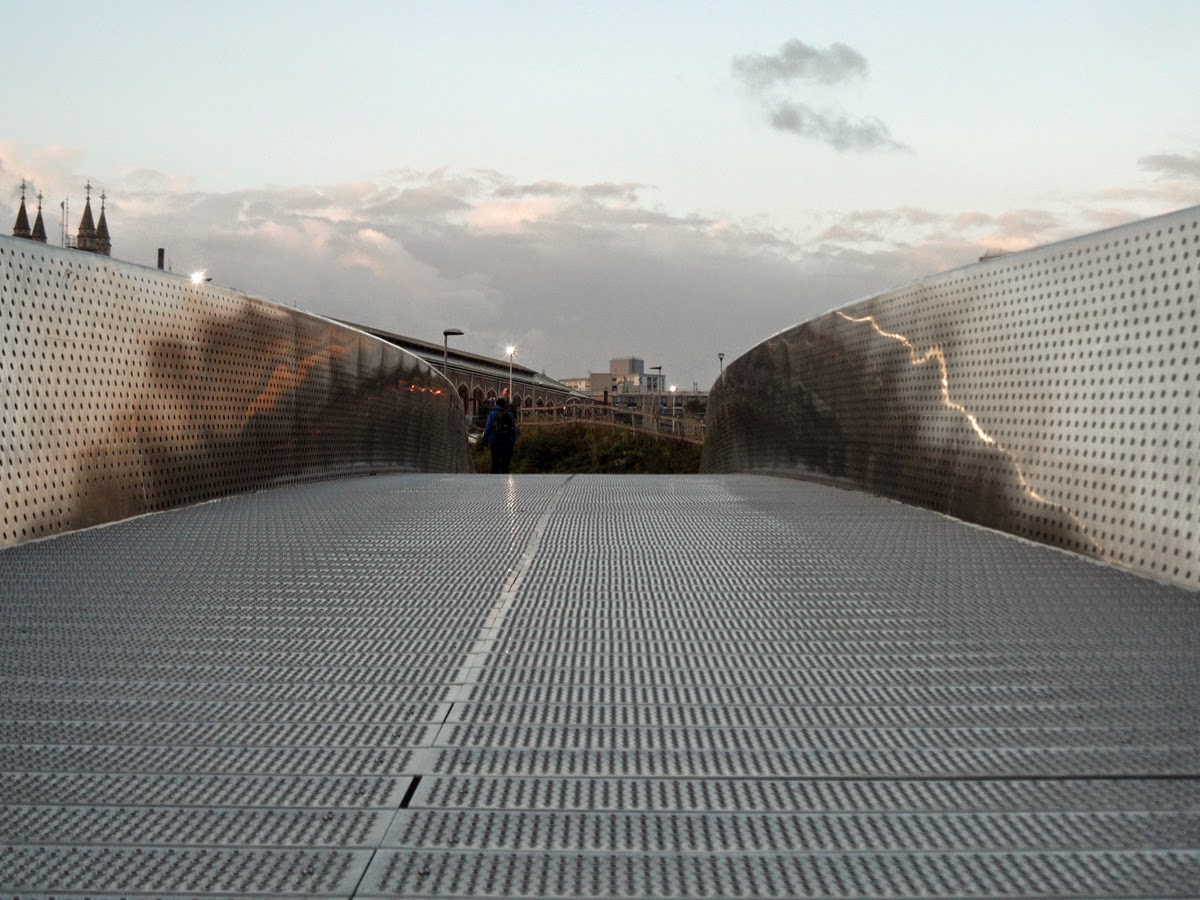 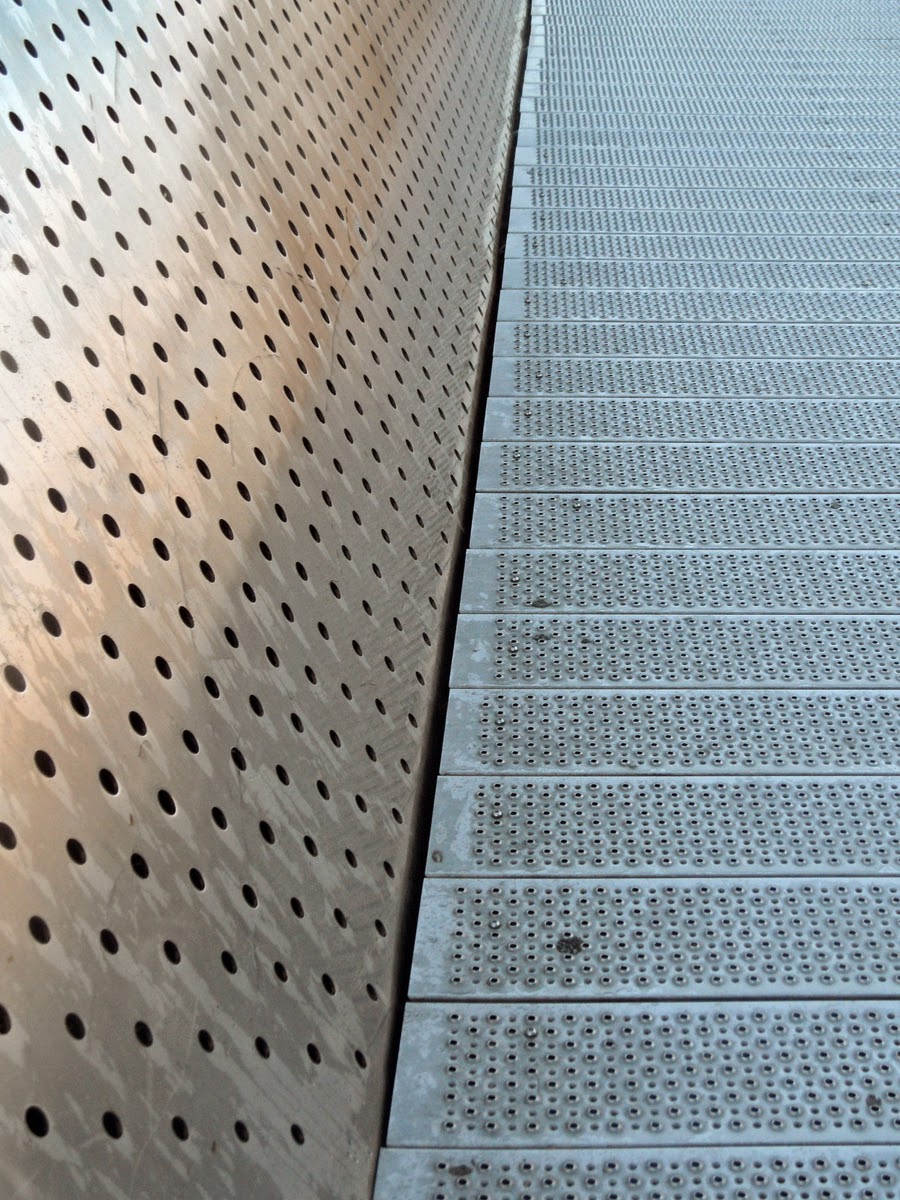 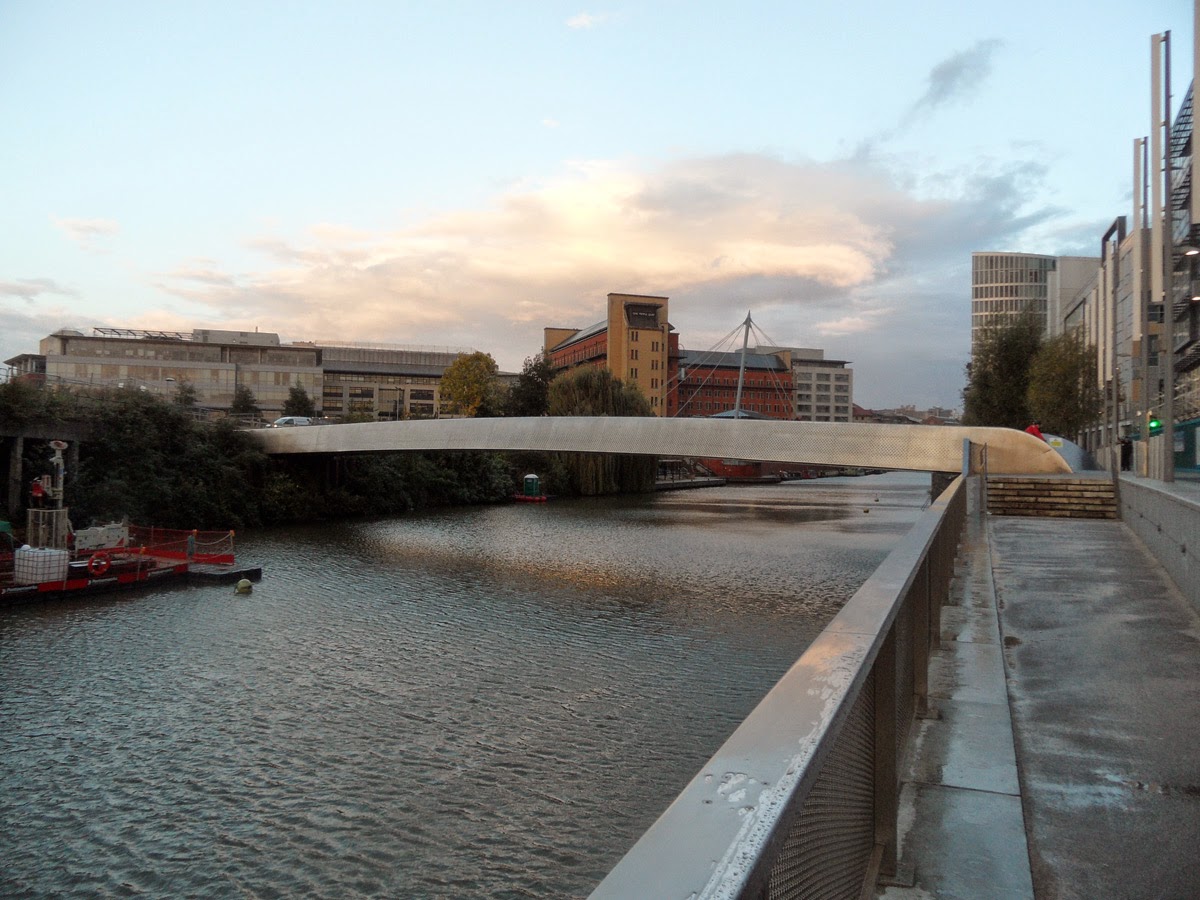 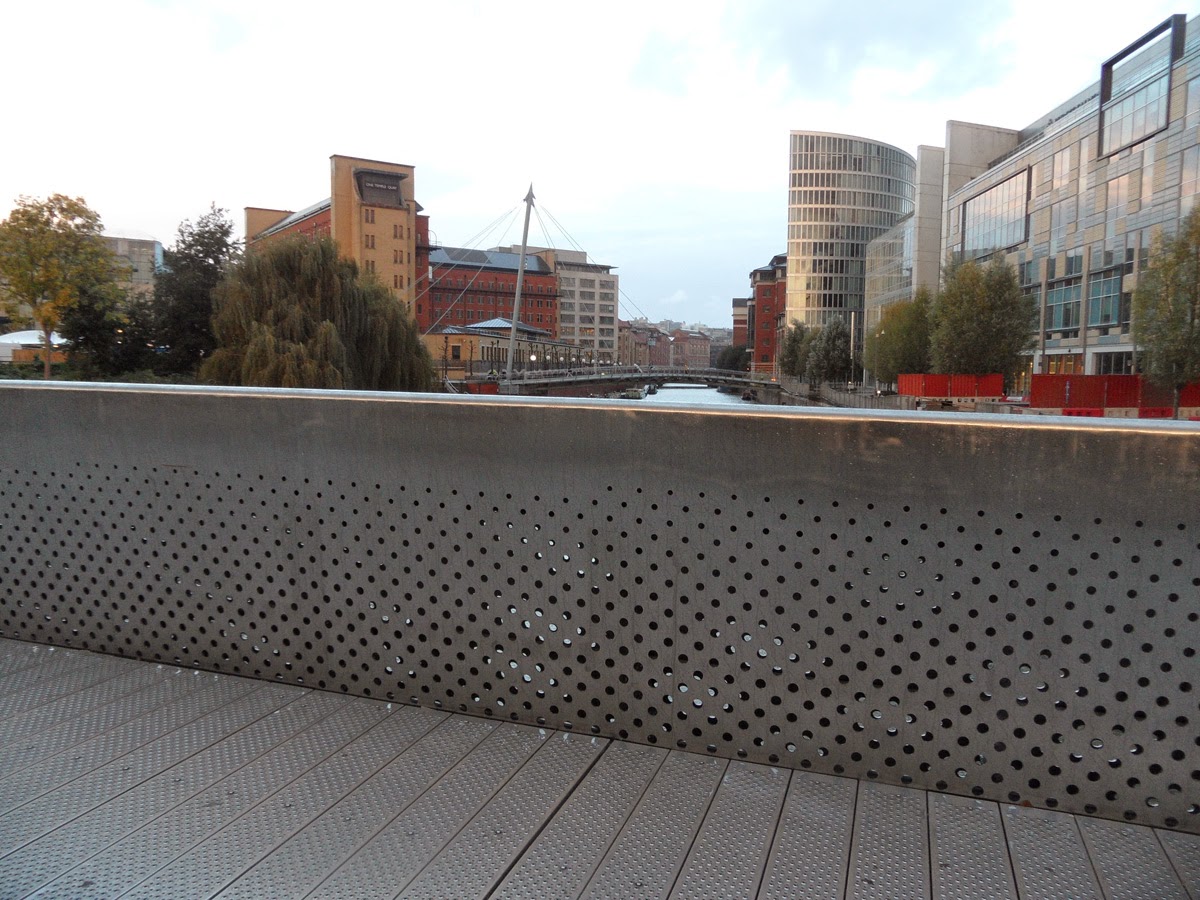